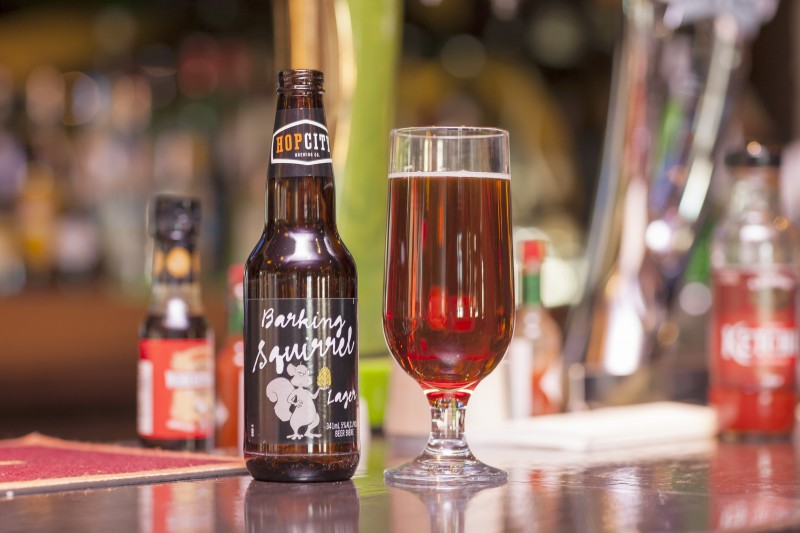 Some may say that statement immediately marks pretentiousness and a snotty attitude towards a beverage that is regarded by some to be one of the most consumed globally. Even historically, beer has been around for centuries and consumed by millions of people.

My love for craft beer is still in its infant state — I still remember having my first Steamwhistle almost five years ago. Once I had tasted the simplicity of four natural ingredients I was instantly hooked for what now has become a passion to try as many craft beers as I can.

But finding my love took years to understand what exactly makes a “craft” beer. Breaking down some of the components of what makes a craft beer is important to understand why people love it.

Understanding certain elements that distinguish craft beer from larger companies like Molson and Heineken can help ease the transition from a Coors Light to a Mill Street Organic Lager.

One of the most important elements to understand about craft beer is what it’s made out of. Typically, beer is the result of water, a starch source such as malted barley, yeast to produce fermentation and hops. Craft beer approaches the production of beer as a fusion of science and art; by altering the quantities of different ingredients and adding special or unique flavours, craft beer can tease the human palate with a number of flavours.

Hops, for instance, can be any combination of over 30 different varieties which can create beers that are extremely bitter to light tasting and more enlivening.

The various combinations of ingredients can also change the IBU and ABV of a beer. The bitterness of a beer and the alcohol content can radically alter what beer is being consumed. Varieties of beers often have a correlation with the IBU and ABV of a beer. A lager often has a lower IBU and ABV, while a stout may have a higher IBU but a lower ABV. While exemptions to that rule do occur — Russian imperial stouts can have an outrageously high ABV and IBU — there often can be visible patterns between what types of beer you are consuming and the IBU and ABV of that beer.

Something unique to craft beer is also the sense of community. Focusing in on Ontario and their craft breweries as an example can highlight how people who enjoy craft beer often understand their love for beer. Ontario has the Ontario Craft Brewers, a union for a majority of brewers in the province. Their website states that they chose that name as it, “speaks to the tradition of care and craftsmanship that we insist upon when brewing our beer.”

Beyond the Ontario Craft Brewers, people who enjoy craft beer often take pleasure in it with each other. When breweries like Mill Street in Toronto or Creemore Springs in Creemore host special events, craft beer enthusiasts will flock from all over to attend and rejoice in the love of craft beer.

Following suit with the unique sense of community craft beer offers is the special elements that can be added to certain beers. This can manifest into a number of traits that enrich the quality and enjoyment of craft beer. Often craft breweries will release seasonal or limited-run beers. This can include beers specific to winter or spring, or beers that have an added quality during the brewing process, such as the use of whiskey barrels during the process of fermenting.

Also unique to craft beers is the option of aging. While not every beer can be aged, there is a growing number of beers that can be placed in a cellar from anywhere to six months to a few years. This process of maturation can result in flavours becoming more prominent in a beer and a more complex piquancy.

The qualities that make craft beer hold its distinctive flavours are as numerous as the growing number of craft breweries popping up all around the world.

The pursuit of appreciation for craft beer can take years to acquire, but for those like myself it yields a product that can bring people together and showcase the talents of brewers.

For those willing to take the time to see what craft beer can yield, maybe my declaration of love for craft beer turns away from abnormal to something others recognize themselves.

‘Tis the Season to Consume

Some benefits of journaling