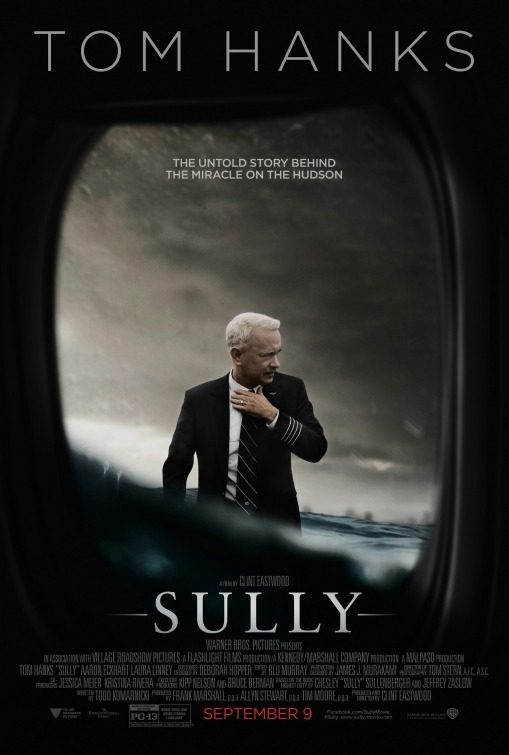 It may not seem like a lot of time, but so much can happen in a few seconds. This can be seen in the Clint Eastwood directed film, Sully. Following the aftermath of an emergency crash landing into the Hudson River, Chesley ‘Sully’ Sullenberger faces the results of his actions on that fateful flight, which saved the lives of everyone aboard the plane. Making use of the subtle moments and the national treasure known as Tom Hanks, the film methodically tells the untold story of what happened after the crash landing in the Hudson River. In a time where superhero movies seem to dominate at the theater, Sully proved to us that even the everyday person can be a hero. 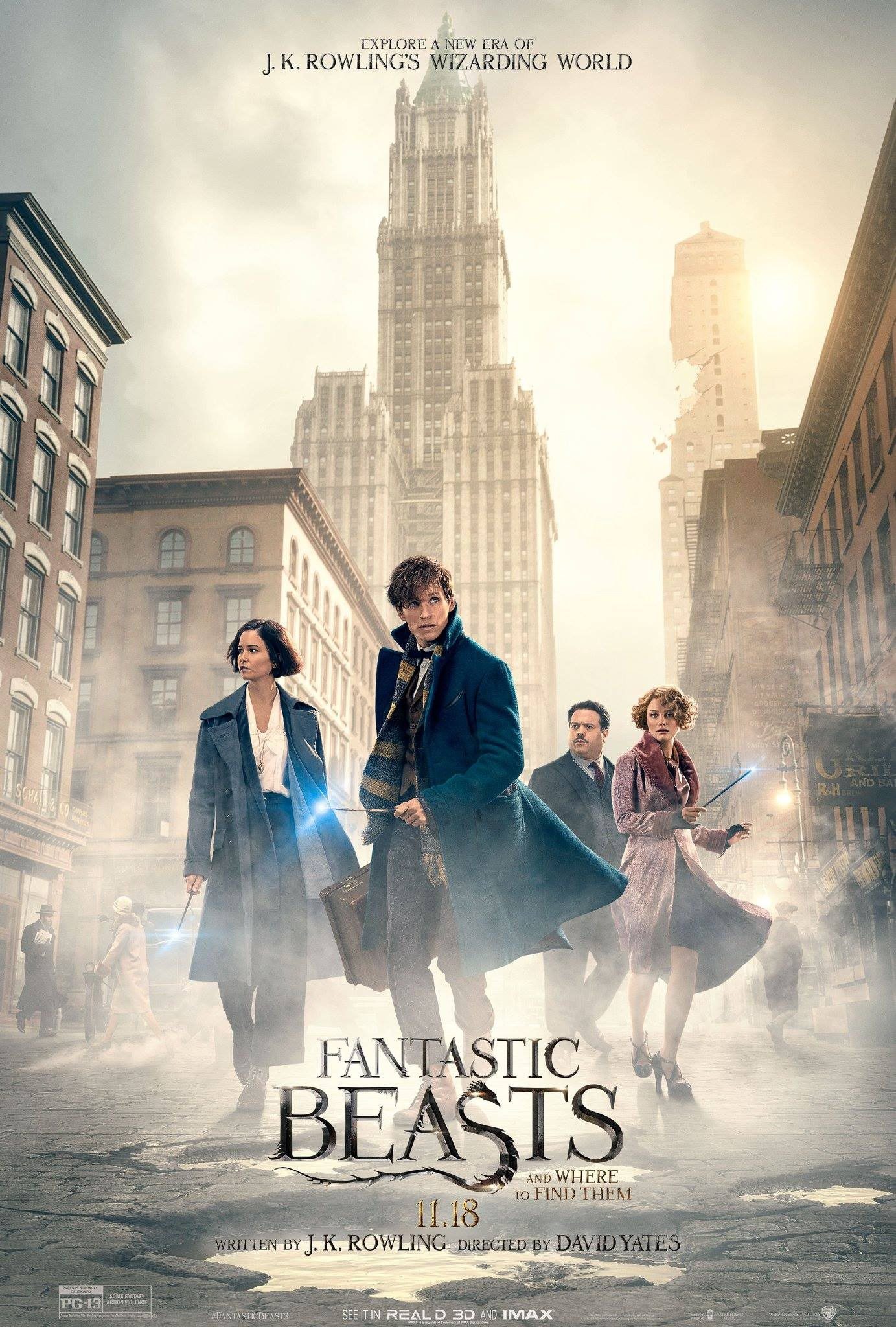 Fantastic Beasts and where to find them (Trailer)

The return to the magical world of Harry Potter was even greater than I anticipated it to be. It’s a well-crafted extension of the world that we grew up with and you can tell it was written by J.K. Rowling. The characters are just as kind, loving and imaginative as we have grown used to. The beasts Newt studies won’t leave you disappointed, each with their own unique personalities like our own pets. Even if you’re a no-maj and don’t love the Harry Potter series, it’s worth seeing just for the CGI. Though it’s true there’s no Thunderbird flying around, it’s so good you’ll start to lose track of what’s an effect and what’s not. It’s downright magical. 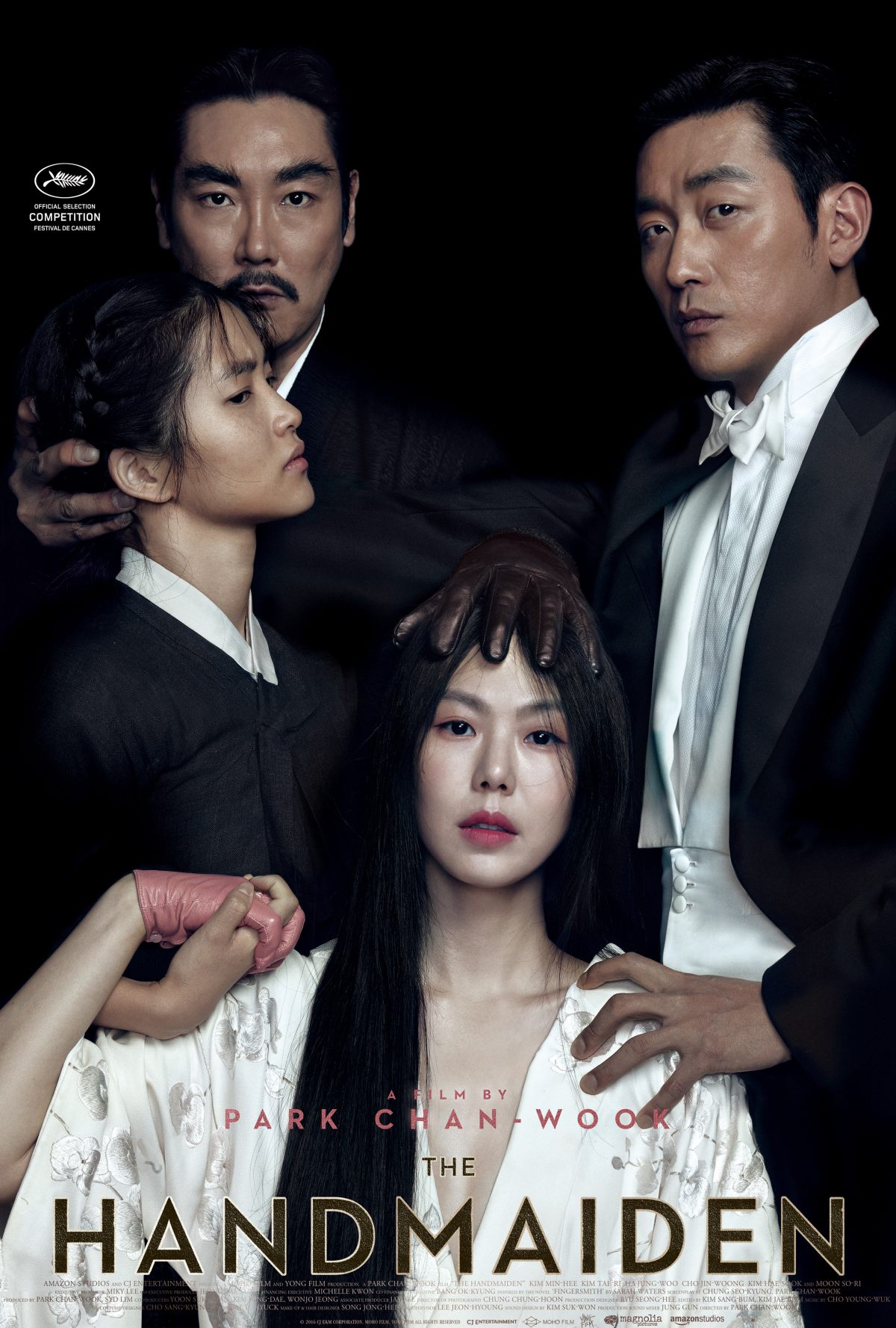 Do you remember the movie Oldboy? The one with the hallway fight and the tongue and the revenge that made you forget that you had to read subtitles for two hours? Well the director of that film is back with a two and a half hour lesbian revenge drama where two awesome women get revenge on the men in their lives who objectify and abuse them in various poetic ways. It’s darkly funny, intensely passionate and at times incredibly powerful. 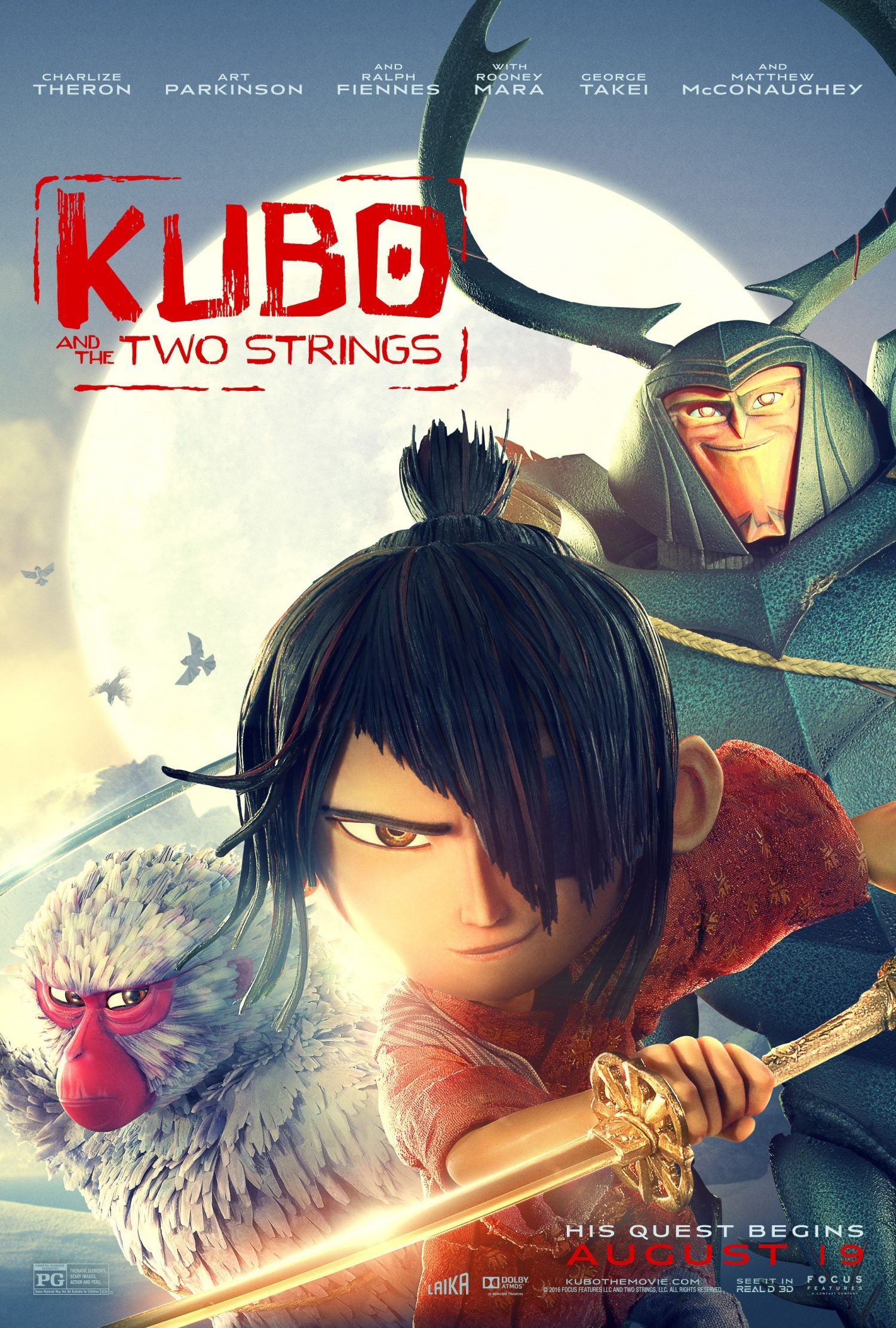 Kubo and the two strings (Trailer)

Studio Laika continues to be the only company capable of keeping the wondrous style of stop-motion animation alive and with Kubo, they may have created their densest and most beautifully rendered tale yet. Bursting from its meticulously hand-crafted seams is a sense of boundless imagination that envelops you into a fully realized world of Japanese mysticism, tradition and wonder. But not only is it candy for the eyes, what I appreciate most about Kubo is that it treats its young audience with respect, being unafraid to challenge them with a complex tale of loss and maturation. It’s animated storytelling at its finest. 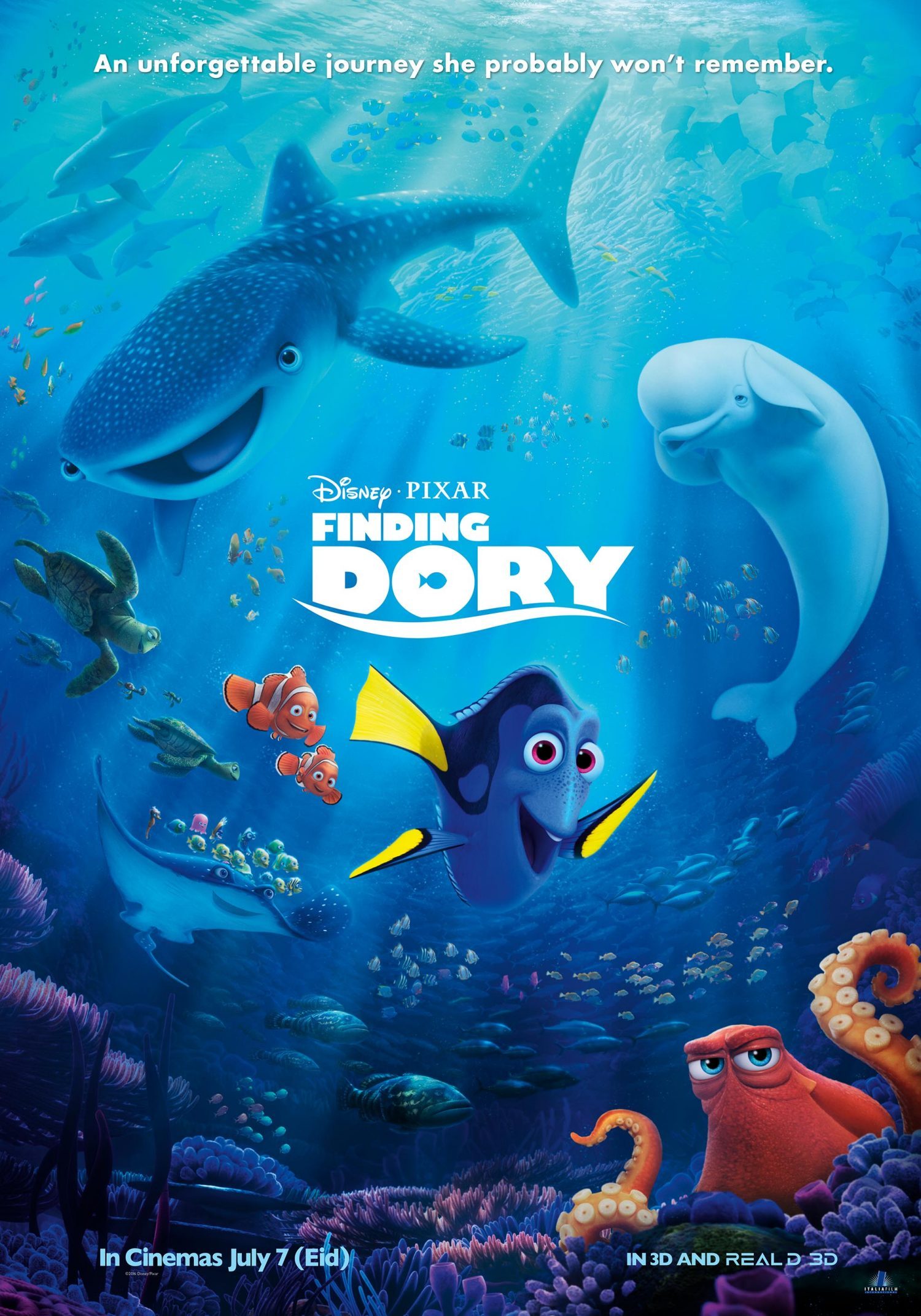 The Disney classic that stuck with the world for thirteen years paved the way for an anticipated sequel. Finding Dory was released on June 17 this year and brought us back to the original classic that we know and love, Finding Nemo. With heartwarming scenes and familiar characters, we were taken back to our youth—this time we were on the journey with the bubbly and forgetful blue tang, Dory. Although the tale is familiar to its predecessor, Dory’s journey reminds us of the important things in life: family, friendship and the will to never give up. 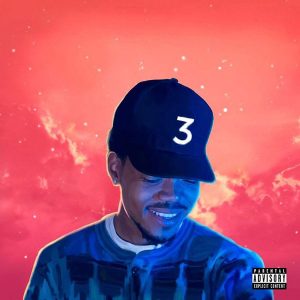 Seamlessly transitioning between pop, rap and gospel, Chance the Rapper’s Coloring Book embodies a jangly, fun reimagining of this dark year with the melodic, choral transposition of everything The Life of Pablo was supposed to be. From the beautiful idealism of ‘Angels’ to the bitter melancholy of ‘Same Drugs,’ this unconstrained, perfect album is light on hatred and exclusivity. “I don’t make songs for free, I make ‘em for freedom,” Chance said, with an audible smirk. Featuring spots from Justin Bieber, Future and many others, this star-studded affair is escapist music at its finest: bright, sunny and hopeful. 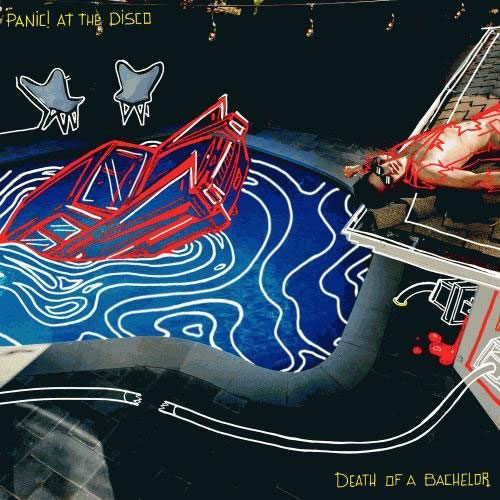 Death of a Bachelor

Panic! at the Disco

With influences from jazz and big band, Death of a Bachelor combines the classy music your grandma listens to with your pre-teen emo phase and it comes across beautifully. It’s the perfect album to put on just to feel good about yourself when you’re getting ready for a dreadful morning class. Panic! at the Disco always has some quirky lyrics in their albums, but Death of a Bachelor combines the quirk with some hard hitting ballads and kick-ass jams. Put on your black eyeliner and Doc Martens because Panic! isn’t gone yet! 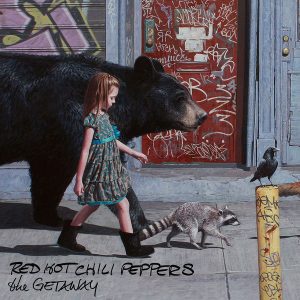 While the Red Hot Chili Peppers’ newest album, The Getaway, is not by any means the best album of 2016, I believe this album to be one of the most notable to come out this year. The Red Hot Chili Peppers’ best work was when John Frusciante was lead guitarist — no doubt. But when Frusciante left the band in 2010, things definitely went downhill. Rookie guitarist, Josh Klinghoffter, took over and their first album back, I’m With You, was a musical disaster. Jump five years later to 2016 and it’s clear that Klinghoffer has been practicing. The Getaway is fresh and modern, but also strikingly familiar. Anthony Kiedis’ lyrics aren’t “silly” like they were on I’m With You. He wrote this album as a product of heartbreak and it’s inarguable that Kiedis’ best work happens when he’s in pain. This album shows growth, maturity and seriousness, but with the same level of playfulness and energy that fans love. Just when the Chili’s were appearing to be “washed up,” they redeemed themselves and proved their adaptability as a band. 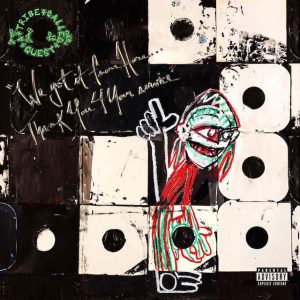 We got it from Here… Thank You 4 Your service

A Tribe Called Quest hadn’t released an album in 18 years, but there is a long tradition of musicians writing their most scathing and politically poignant music during times of great strife. If We Got it From Here is any indication, we’re in for four years of excellent hip-hop. No punches are pulled as the group goes after Trump, the media, police brutality and everything else that made 2016 a dumpster fire. Rising stars like Kendrick Lamar and Anderson Park are along for the ride, rhyming with the legends they grew up with, bringing Tribe to a new generation. 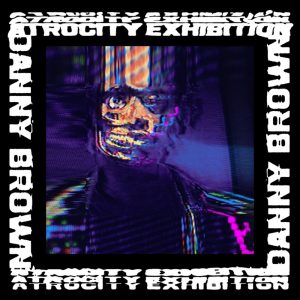 Danny Brown was known for his “unconventional” style, but with Atrocity Exhibition, he pushed that to its extreme. Creating a sinister and raw trip into the darkest corners of his mind, Danny’s squawking voice and comical delivery betrays the album’s engrossing sense of dread and vulnerability. Atrocity Exhibition sees the artist laying himself bare with a sense of skill which sees him write his most complex and creative rhymes over a veritable cacophony of sinister music. Anyone uninitiated into Danny Brown will only be pushed away farther, but those who know his style will be treated to his evolution as an artist with this album. 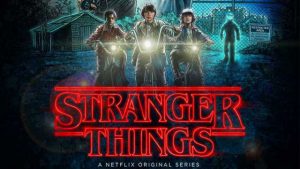 What happened to Will Byers? That’s what everyone is trying to figure out, each in their own specific way. If you haven’t watched Stranger Things yet, don’t start now. Seriously. Wait until exams are over, because once you start, you likely won’t be able to stop. Don’t let the genre of “science fiction” turn you off. Stranger Things is anything but ordinary. This 80’s-style show is filled with lovable characters, brilliant cinematography and three amazing plot lines that offer something for almost everyone. So if you’re currently having trouble deciding what show you’re going to watch over the winter break, look no further. Stranger Things will meet and exceed all of your binge-watching expectations. 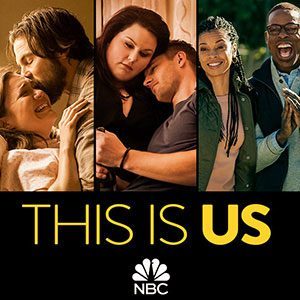 This Is Us (Trailer)

This new television series aired its first episode in September. It depicts the story of a couple that lost one of their triplets during delivery and adopted a newborn who was abandoned, making them ‘The Big Three.’ The story goes back and forth from their lives as children to nearly 36 years later where the three, very different siblings are experiencing their own lives. Full of challenges and heartbreak, This Is Us takes on everything that life can throw at you and leaves viewers anxious to find out how each of their lives will play out. 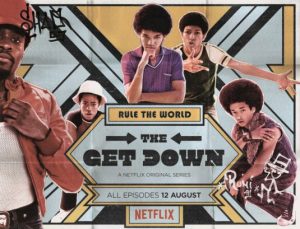 The Get Down (Trailer)

Director Baz Luhrmann is, above all else, known for his style. It is ostentatious, dazzling and a lot of fun if you can get down with it (no pun intended). This summer, Baz brought Netflix The Get Down, a story about kids living in the Bronx during the disco era and experiencing the birth of hip-hop. It’s a cast made up almost entirely of people of colour, exploring an era not often given the time of day on network or cable TV. It is funny, sexy and the musical sequences are out of this world. 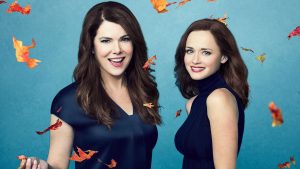 Gilmore Girls: A Year in the Life (Trailer)

The girls are back in town! Well, back to Stars Hollow that is. The Netflix revival of the beloved television series Gilmore Girls is sure to delight long-time fans of the show. Filled with the familiar quirky characters that many have grown to love and fast-paced dialogue filled with numerous pop culture references, the revival is sure to please. Gilmore Girls: A Year in the Life has many humorous and dramatic aspects as well. It deals with familiar issues like grieving a loved one and feelings of being lost that many will relate to. So grab a cup of coffee and loads of junk food while binge watching this after you finish your finals — you’ve earned it. 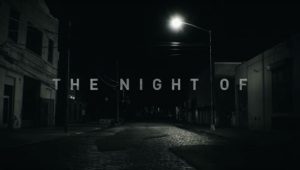 The Night Of (Trailer)

The Night Of lays the flawed American judicial system bare in the story of Naz, a young Muslim man accused of murdering his one-night-stand in New York City. The show verges on absurdist comedy, thanks to John Turturro’s portrayal of John Stone, a petty crime lawyer and victim of rampant eczema, while providing poignant commentary on Islamophobia and incarceration. Despite following a similar structure to past underdog crime stories, The Night Of grounds itself in the cynical honesty of Naz’s descent into the criminal justice system. In a mish-mash of divisive political commentary and gross-out humour, emerges a show unlike any other.