The final stretch to the playoffs 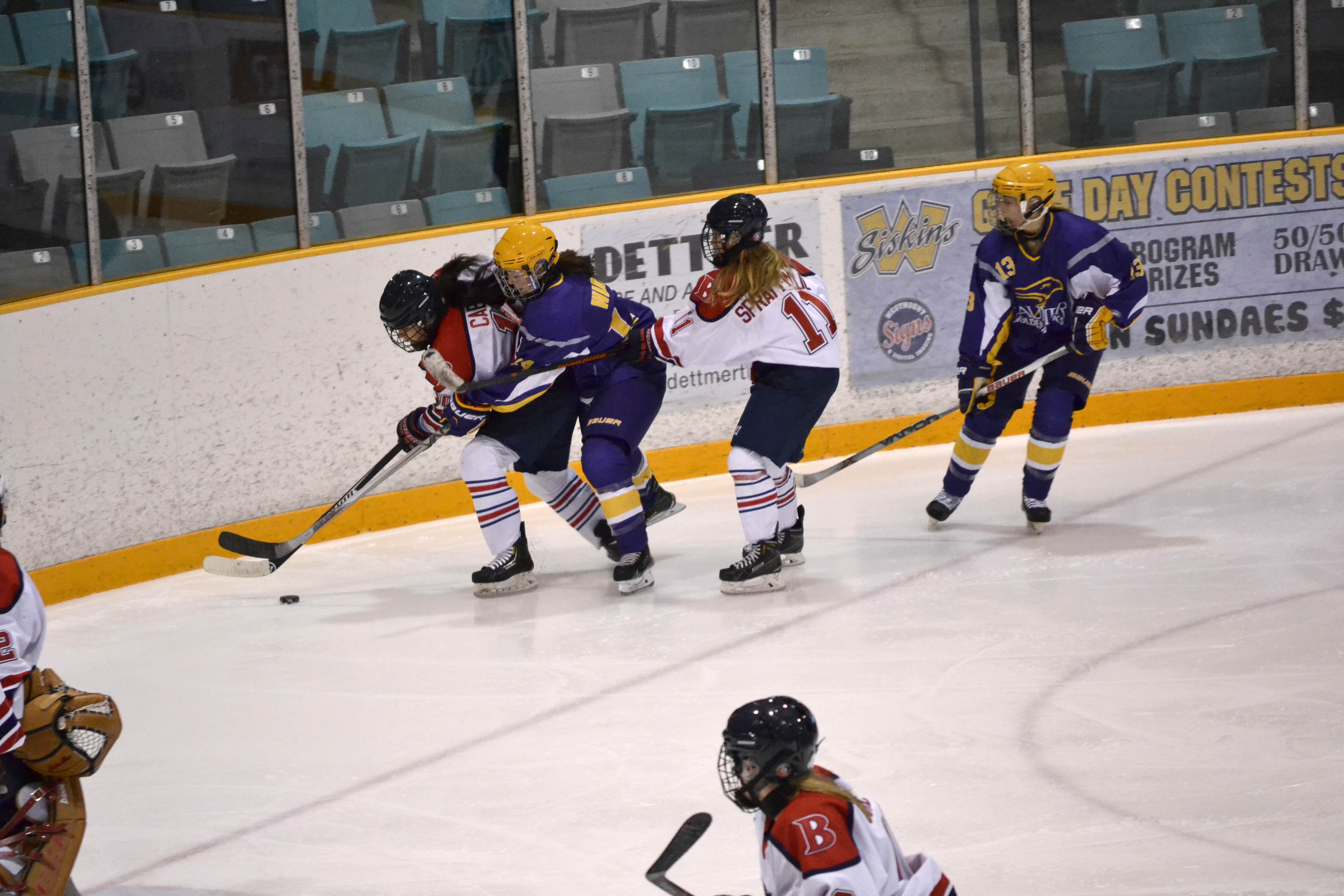 Nothing’s going to get easier. And the Wilfrid Laurier women’s hockey team knows it.

The constant rumble of the Ontario University Athletics becoming more and more competitive has been put in the spotlight this year. Between eighth place — the final playoff spot — and second place, there is only an eight-point difference. There are no undefeated teams. Consistent wins are uncommon. Right now, the Nipissing Lakers are the only team with a winning streak of more than three games. Teams are incredibly close in all aspects, fighting for every point.

Currently, Laurier sits seventh in the OUA with a 7-5-1 record, two wins out of the third-place spot with two games in hand.

Rick Osborne, head coach of the women’s hockey team, knows it’ll be an uphill battle to where his team wants to be.

“We want to be a real good team. Players need to understand their role and their part really well,” said Osborne. “We had a meeting Friday focused on playing without the puck, when we don’t have the puck, when the other team has the puck and we want to limit some time and space.”

The Hawks did a pretty good job with this to open the 2016 portion of their campaign. The Hawks defeated the Brock Badgers 2-1 on Satur-day and were on the right side of the puck all night. The Hawks found structure in limiting time and space of their opponents but relied heavily on their rookies to generate some offence.

But on Sunday against the No. 1 nationally-ranked Guelph Gryphons, Laurier couldn’t finish, losing 3-0. They didn’t quit, they outshot the Gryphons 20-16, they controlled possession, but the Hawks just couldn’t score.

Laurier’s first-year players are doing most of the scoring — evident from the fact first-year Madison MacCulloch has scored six of Laurier’s 27 goals this year and leads the team. This needs to change if Laurier is going to compete with the likes of Guelph, Nipissing and the Western Mustangs, the top three teams in the province.

“It’s a lot of pressure to have on our rookies [to] do most of the scoring when we need a couple of those third-years to step up and chip in a little bit offence,” Osborne said. “I think it starts with them playing good defence, getting the turnovers and bearing down a little more on the counterattacks.”

Osborne feels good about Laurier’s game, but knows there’s more to do if the Hawks are going to have a solid position heading into the post-season. This will start in this upcoming week with a few dates with the Lakers and the Laurentian Voyageurs at the Waterloo Memorial Recrea-tion Complex.

“It’s just learning how to keep that focus for a full 60 minutes is going to need a little bit of work for our group, but I think our group is willing to give it their best before we’re done here.”

–With files from Drew Yates