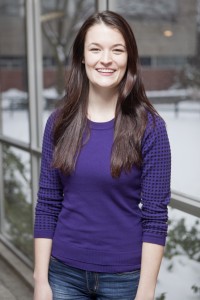 When The Cord began their discussions of this year’s presidential candidates, the answer was simple for who we wanted to endorse. While both candidates lack in places that are crucial to the fluid operation of the Students’ Union, we felt Olivia Matthews could best achieve what the organization currently needs.

While Matthews lacks in-depth Union experience, she has done a lot of research into what the position encompasses and addressed many facets of university life that are important to students throughout the campaign. It was evident she spoke to many people while planning her platform and campaign and this showed in her answers in the debate. She has clearly been planning her campaign for months and did not take the decision to run for president lightly. By taking so many other thoughts and opinions into consideration, Matthews has shown that she is determined to make change but knows she has a lot to learn to do so. During the debate and open forum she didn’t shy away when she was criticized for her platform, but rather backed it up with fact and a strong approach, demonstrating her extensive research.

Matthews is also incredibly approachable, talking to students from both Brantford and Waterloo as to what the most pressing issues are for the university. By having a campaign team in Brantford, she proved she has a multi-campus vision. Her marketing strategy throughout the campaign kept her visible on both campuses and she seems willing to have students’ voices heard in what the Union provides. Rather than speaking of the two separate campuses, she does a good job of looking at the student body as a whole. Overall she comes off as a genuine person who cares deeply for the student experience in all its facets.

Matthews takes a realistic approach to the position and understands what the Union currently needs. She was the only candidate to thoughtfully critique the current Students’ Union president Sam Lambert’s performance in the role, recognizing his lack of transparency and visibility.

However, Matthews will still have a lot to learn going into the position. Her lack of internal Students’ Union experience will make her transition tough and she will have to overcome a large learning curve, as is often the case for incoming presidents. She should be wary that while being transparent and a voice for students is important, she should try to add something more to the role and ensure that her term involves more than meeting the bare minimum. She will need to take the time before her term begins on May 1 to understand the day-to-day operations that require more extensive knowledge in order to be a good president.

Frank Cirinna is by far the most knowledgeable about the Union and their operations. His experience in the past four years would help him with day-to-day operations and he has a very clear idea of what he wants to accomplish, but there is concern with his approachability and integrity. His vision for what he would want to accomplish could hinder his ability to hear out other students.

Although Dave Patterson has withdrawn from the race, it should be recognized that he set out a good campaign. He made himself visible on campus and approachable to students and should be commended for his efforts in continuing to advocate for his beliefs while dealing with the effects of his concussion. Patterson had a clear passion for hearing the concerns of students.

Matthews’ strengths of advocacy, resources and knowledge would best help her in the position to being a solid president.