The Best of Fall Sports and OUA report card 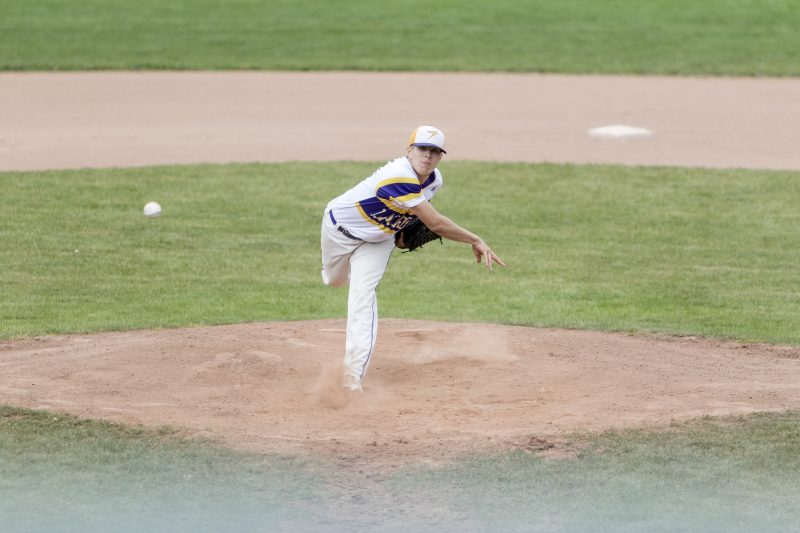 The year after all-star pitcher Brett Van Pelt left the men’s baseball team, Andrew Ziedins more than picked up the slack. The fifth-year pitcher earned his spot in the rotation, becoming the team’s ace this season. Ziedins tallied four wins and tied for the highest in OUA and also posted the fourth lowest ERA in the entire league at 2.03. 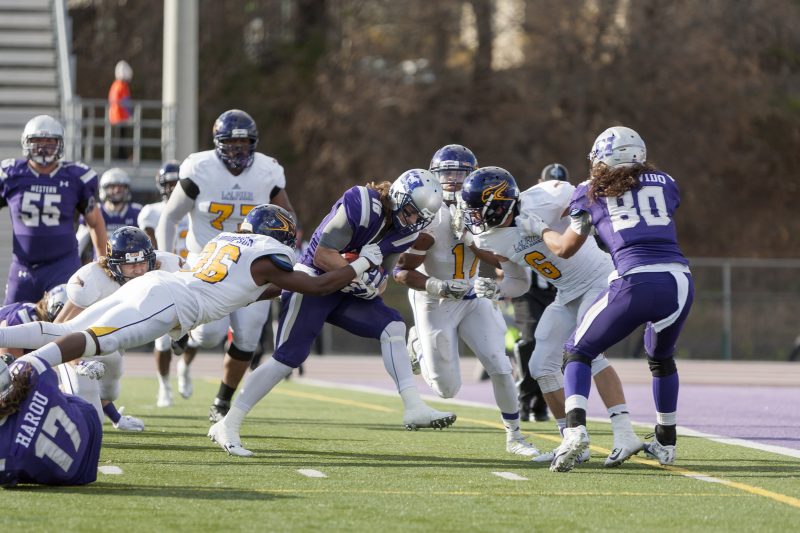 After finishing the season 4-4, playoff expectations for the men’s football team were slim to none. But the club pulled together an outstanding upset win against the McMaster Mauraders in the first round, coming away with the 29-15 victory. The Hawks had not defeated McMaster since the 2009 regular season. The Hawks gave No. 2 Western a run but fell 32-18. 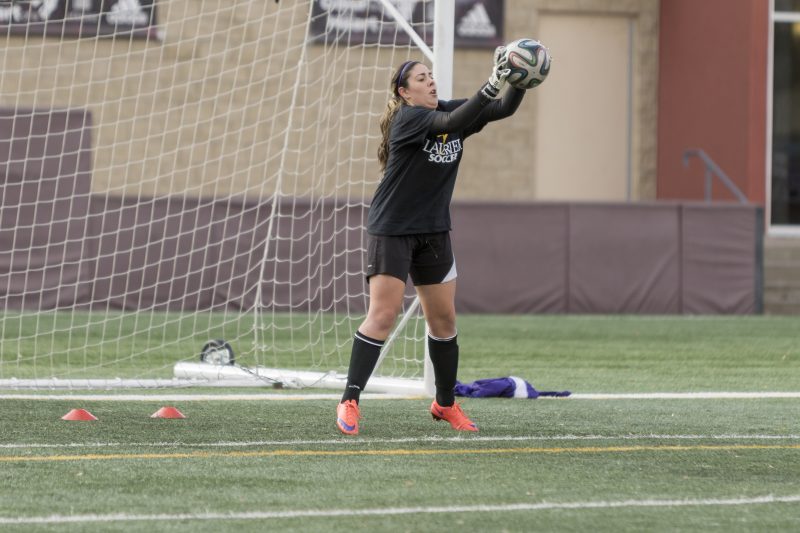 Having the responsibility of stepping into the starting goalkeeper role as a rookie is no easy task, but Ashley Almeida make it look easy. The first-year keeper was a big reason why the Hawks made a trip back to nationals this season and claimed the silver medal in the OUA. Almeida gave the Hawks a chance to win in many close situations this season. Leading the OUA in save percentage (.882) and tallying six shutouts, Almeida established herself as one of the top goalkeepers in the OUA for years to come. 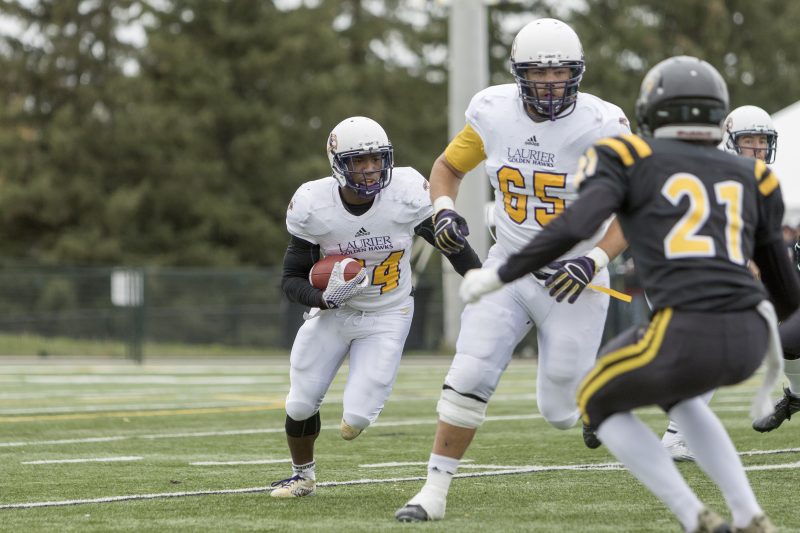 Dillon Campbell was a pivotal force for the men’s football offence during his tenure at Laurier. This season, the fifth-year scored five touchdowns, accumulated 1,115 yards and had two games where he eclipsed over 200 yards. This season, despite battling injury, Campbell also showed amazing receiving skills out of the back field. Campbell also shattered the all-time school record for most yards with 3,061 as of Oct. 9 and will be a challenge to replace next year.

Eric Morelli is a great example of the importance of always being ready. After quarterback James Fracas went down with an injury early in the year, Morelli stepped into the starting role and revitalized Laurier’s passing game. As a team known for its powerful running game, Morelli worked hard with head coach Michael Faulds to revitalize Laurier’s passing game and helped lead the Hawks to the playoffs, where they

won their first playoff game since 2010 against the No. 4 McMaster Marauders. 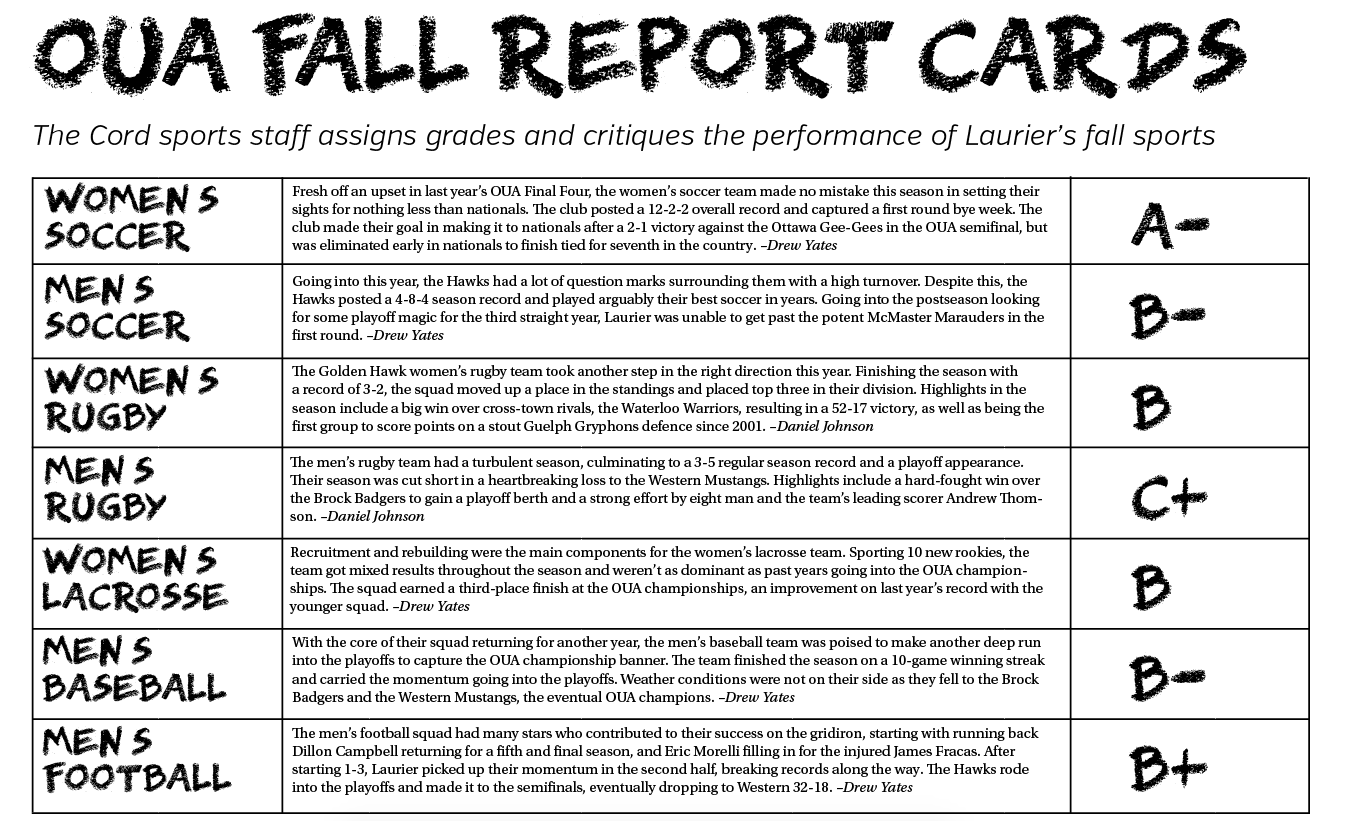