Rather than produce a year-end list that follows the suit of those other publications, we decided to focus on solely the work we found to best the best in it’s own right.

Towards the end of a calendar year, publications start to prepare for the almost ceremonial tradition of establishing the ‘best of” list for the 12-month period. Rather than produce a year-end list that follows the suit of those other publications, we decided to focus on solely the work we found to best the best in it’s own right. 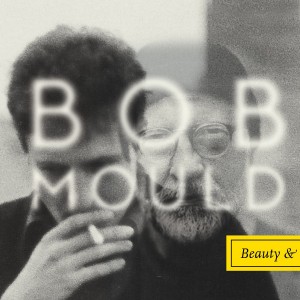 Since forming the seminal hardcore band Hüsker Du back in 1979, Bob Mould has since left one of the most memorable marks on alternative music. With the release of his 11th solo release, Mould has released a half-hour collection of some of the most personal songs. Following the passing of his estranged father in 2013, the album’s title speaks to the emotional weight Mould wrestled with in recording the feelings he struggled with. By taking the tension of elegance and discomfort, Beauty & Ruin shows the upheaval Mould was dealing with in strongly executed musicianship and honest lyrics. 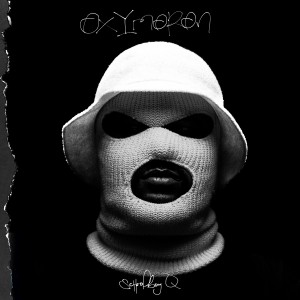 2014 has been labeled as “the worst commercial year for urban music,” which is a little dramatic but not totally untrue. Barely any rappers have gone platinum or moved any singles, but Los Angeles rapper Schoolboy Q stands out as a beacon of success. Q’s late February release Oxymoron received critical and commercial success for good reason. Lead single “Man of the Year” has been a relevant club anthem and turn—up track since its release the deeper album cuts like “Break The Bank” has great replay value. 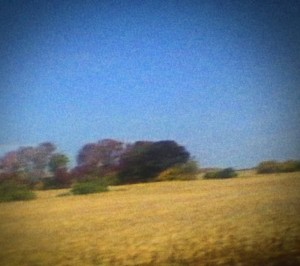 After years of struggling to regain momentum, Mark Kozelek has returned as Sun Kil Moon with his sixth release Benji. Despite its sparse and minimalist production, Sun Kil Moon manages to create and maintain a heavy energy throughout the record, supported by themes of death, misfortune and dissatisfaction in life. The result is simply beautiful, as Kozelek brings you on a journey through his own melancholy. Benji is a fully realized body of work; it’s meant to be played from start to finish.

It feels as though every song plays a special part in Kozelek’s fragmented mind, as he recalls childhood memories of guilt on “Dogs” and the death of a family member on “Carissa.” The hypnotic and rolling acoustic guitar is often contrasted by brief, but beautifully unexpected supporting instrumentation. The stark contrast only serves to amplify these moments; a notable example is the saxophone on “Ben’s My Friend.” 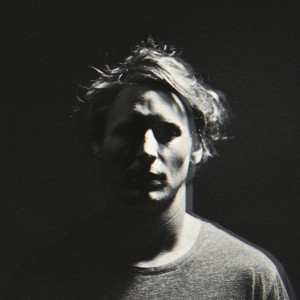 Ben Howard — I Forget Where We Were

Ben Howard’s British indie-folk style is not well known, but that’s how he manages to still impress with an incredible sound and very experimental technique. I Forget Where We Were followed an extremely popular and well-done debut album, Every Kingdom released in 2012 and took a different approach to the genre. The album is darker in hue — take “Small Things,” for example — showing a two-dimensional Howard and more adventurous. Howard’s new album has the same melody his fans have grown to love while not giving in the mainstream assumption of folk music — he’s still playing with longer songs, such as “End of the Affair.” This is an album that grows on you with every listen and somehow captures your heart with such astounding tranquility. 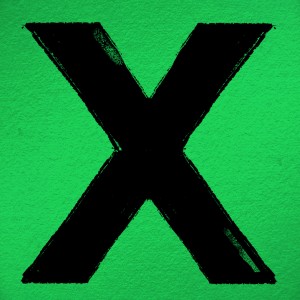 Many of Ed Sheeran’s fans breathed a sigh of relief when they heard his latest album X. The British singer-songwriter (with his notable hip-hop inspired flair) had dodged the sophomore slump with a record that was every bit as sentimental, versatile and creative as his debut +. To top it all off the record didn’t fall prey to the gimmicky production, misplaced features or self-indulgent lyrics that one could legitimately expect from a young artist with a near meteoric rise to fame.

Look out for the rap-meets-acoustic guitar swagger of “Don’t” and the soulful balladry of “Thinking Out Loud” to get a good taste of the album’s range. The collective sigh of relief from the music community when it dropped in the summer of 2014 is enough to make X a solid contender for album of the year. 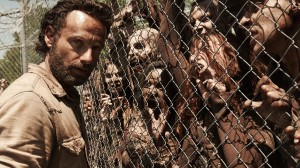 Critics say what you will, but The Walking Dead continues to be the best show on television right now. Sticking closely to the comics but still leaving room for surprise, the show has only gotten more complex with time. I do miss zombie action from time to time, but the focus on the characters and the state of humankind since the outbreak are what intrigue me the most about the show. The characters have really changed since the beginning of the show and it always leaves me thinking about what I would do and who I would become if I were in the same situation. 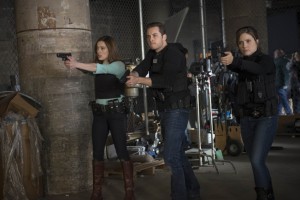 The first thing you think when you see the name is, “Yeah, another cop show, whatever.” However, the spin off of Chicago Fire brought a new meaning to the good guys in a city.

Chicago PD follows the Intelligence Unit, which deals with major crimes in the city of Chicago and aren’t afraid to bend the rules to do it. The show gives a new perspective to the notorious good-guy-bad-guy binary. And while only in its second season, it has proved its strong cast and extraordinary content has kept viewership interested and engaged in the lives of characters and events of the big city.

Making the list for the #1 TV shows is a rom-com currently airing in its third-season, The Mindy Project. What makes The Mindy Project so amazing and fresh is the fact that the show revolves around topics we can all relate to but have been too embarrassed to talk about. It turns sex tapes, disaster dates, eating a whole pie by yourself and wishing you were rich into comedic genius. Bonus points because the lead actress Mindy Kaling is also the creator, producer and head writer of the show. The Mindy Project is organic, current and witty and with a team of eight female writers, it’s a show that makes feminism funny in a not-so-in-your-face way. For all you mega-Mindy fans out there — good news, the show has been renewed to run 21 episodes to round off season three. 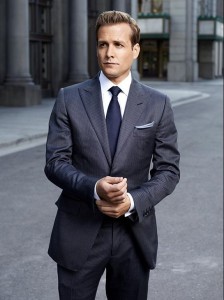 There are a ton of great shows that had a renewal season or debut seasons this year but Suits takes the cake. The legal drama was taken to the next level when main character Mike Ross switched his typical role of fraudulent lawyer from the past three seasons to become an investment banker.

The best part about this half season was the use of familiar characters we already know and love contrasted with the introduction of new characters we grow with throughout the ten episodes. 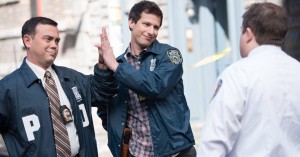 I don’t like comedies. After Friends ended I pretty much swore off the standard sitcom until Andy Samberg won the golden globe for Brooklyn 99. As a fan of the Lonely Island, I knew I had to check out this show and it not only surpassed my wildest expectations, but it is the first thing to make me laugh consistently since season two of Community. It’s witty and features multi-episode jokes that deliver fantastic payoffs. It is an absolute must see.

Dawn of the Planet of the Apes

Piggybacking off the prequel released in 2011, this flick sneaks into the silver screen’s number one spot.

Among all the great movies, there was none like Dawn of the Planet of the Apes that combined breathtaking CGI effects with a captivating and layered storyline. At some points, the movie seems so real that you can’t help but get the chills, especially at the fact that our world could easily be overtaken by a colony of genius apes.

The Theory of Everything

Director James Marsh of Man on Wire fame brought to life the biopic chronicling the relationship of Jane and Stephen Hawking from their time at Cambridge University to Stephen’s diagnosis and struggles with motor neuron disease.

Despite the relatively standard narrative structure that is followed, the film benefits from Marsh’s delicate direction and is propelled to exceptional standards by notable performances from Eddie Redmayne and Felicity Jones, who play Stephen and Jane, respectively.

Redmayne’s meticulously choreographed movements are respectfully realized while Jones’s intimacy and emotional resonance adds authenticity to their relationship. The Theory of Everything stands as one of the most sensitive and compelling films of the year.

You’ve never seen Bill Hader and Kristen Wiig like this before. The notoriously funny Saturday Night Live alumni demonstrated their acting chops in this dark comedy surrounding estranged twin siblings Milo and Maggie. Their on-screen chemistry is fantastic, featuring a couple scenes with the improvisation style SNL fans are so used to in between serious scenes. The mix of solemn and gut-wrenchingly funny is what makes this film so great and what really demonstrates Hader and Wiig’s incredible talents.

Guardians of the Galaxy

Originally slated to be one of the biggest summer blockbuster movies, Guardians of the Galaxy met and exceeded this expectation. Fusing the original Marvel source material with solid acting performances from of the likes Chris Pratt, with CGI that established the lush and highly detailed interstellar environments, the movie was executed with cinematic precision. The true joy of the film laid in its ability to not take itself too seriously, while maintaining the sharp tone in advancing plot details in a strongly told story.

Some people call it pornographic, others call it a cynical masterpiece. Either way it is a controversial piece of filmmaking from bad boy auteur Lars Von Trier and I was engrossed for the entire four-hour running time. While there is lots of graphic sex in the film, none of it is sexy or titillating. The film is at times funny and mostly uncomfortable and forces you to engage with our weird cultural ideas about sex.