On September 17 and 18 , The Greek-Cypriot Community Centre held their second Taste of Cyprus food festival on Lodge Street.

The community centre is just a street away from Wilfrid Laurier University’s campus in the midst of the large student population.

As someone who has a Greek-Cypriot background and has been to Cyprus, I know surprisingly little about the Greek community within the K-W Region. Basically, next to nothing.

I decided to venture over to the event and see where the Greek-Cypriot community fits into the multicultural aspect of the Waterloo Region, especially with such a close proximity to the university.

There was an abundance of Greek food, desert and music upon arrival and it wasn’t hard to see how reflective it was of Cyprus.

I dove right into the chicken souvla, salad, pita and baklava. It all tasted very familiar, like a home cooked meal.

For those who don’t know, Cyprus is said to be the mythic birth place of Aphrodite, the goddess of love. With the amount of love I had for that food, I wouldn’t be surprised if Aphrodite blessed it herself.

The food was great. But there’s more to an event like this than just tasty food. There’s a bigger picture here.

“Our community has been here at this location for the last twenty years and last year we started the Taste of Cyprus festival in order to give everybody in the region the opportunity to come and understand a little more about Cyprus and the culture,” said Leandros Papadopoulos, president of the Greek-Cypriot Community of the Waterloo Region. 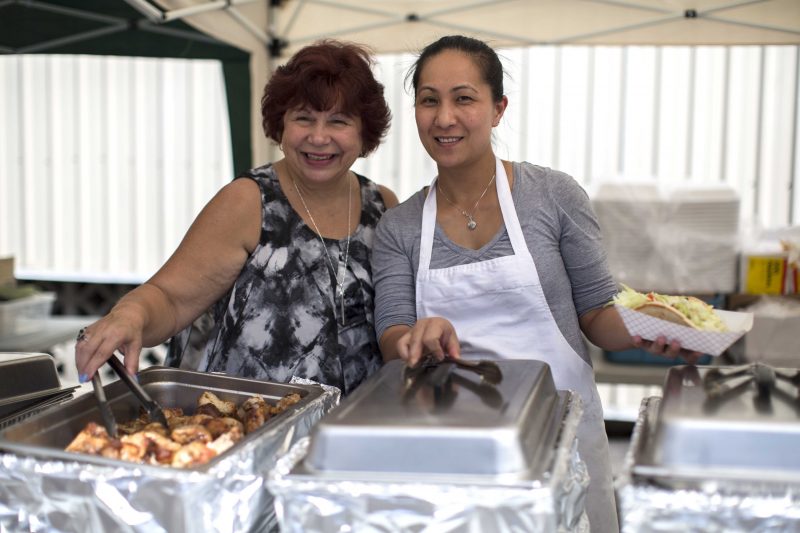 Papadopoulos explained that with such proximity to both universities, it’s the community centre’s goal to share the culture with students.

“The overall importance of this event is to spend these two days to share with people in the Waterloo Region and the university students our food and help them understand a little more about Cyprus,” he said.

As the community centre rents parking space to the university, you may have even parked there yourself and not fully realized the Greek culture that lingers so close to university life.

In all honesty, I’ve parked next to it every day for school and barely acknowledge that it’s even there.

With with the busyness of school, it seems hard to take the time to look around a little, let alone actually stop and talk to those who own the neighboring Greek institutions, Shawarma shops, or whatever it may be.

There’s more to the food shops in Waterloo than just a place to grab a quick bite to eat. There’s a taste of culture there too.

The event, as welcoming and lively as it was, is still in it’s early stages and is pretty quaint.

Leandros said, “this event will grow a little more each year…and make it a successful event. It’s only our second year, so we have a long way to go.”

Like any cultural community, it isn’t going to just jump out at you, for the most-part. The Greek-Cypriots host their events with open arms and the rest is up to those within K-W to venture out and learn a thing or two about it.

I can say from first hand experience, what you see here is as close as it gets to going to the island itself. It’s not so much that it looks like anything special, but you can bet that the people, the experience and the damn good tasting food is something to venture into.

The interactions and experiences within the cultures around the university are how you learn about the the flavours of Greece, or any other country. Laurier isn’t just made up of one cultural background.

You could go to a Greek fast food joint and taste an imitation of the culture at hand or you could go down the street to a number of places, have a bite and some conversation and take in a little new perspective.

After all, that’s kind of the point of university, isn’t it? 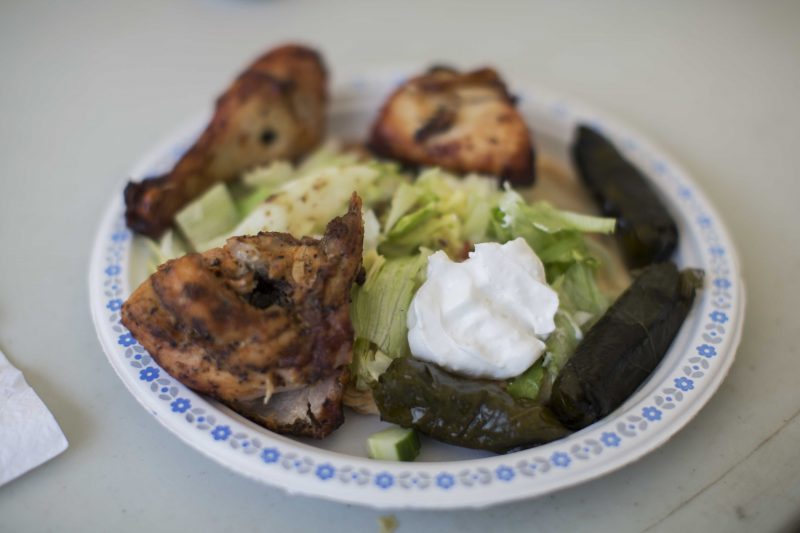