Laurier alumni Jason Verhoeve has officially started his new position as the director of the student experience on January 18. 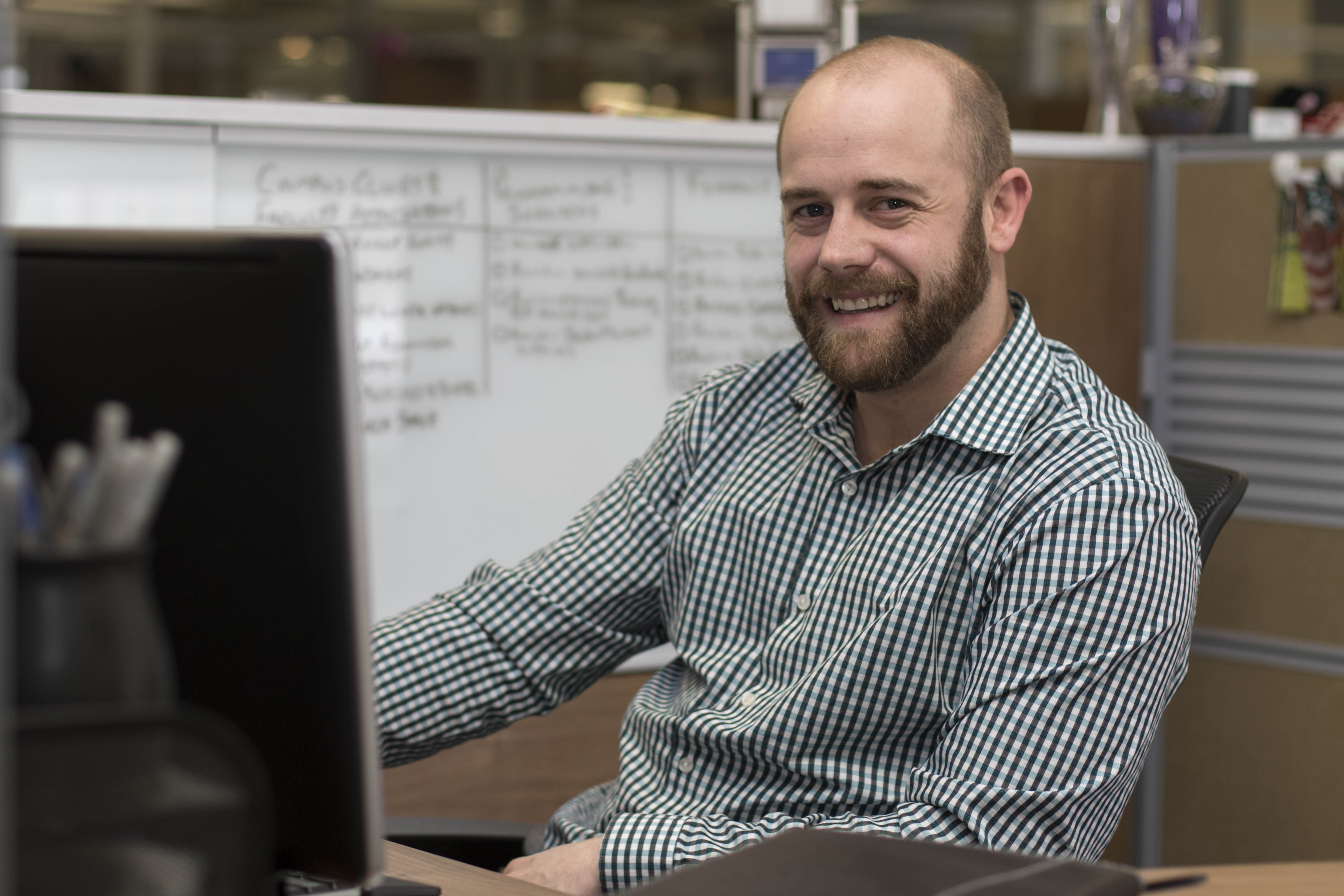 Laurier alumni Jason Verhoeve has officially started his new position as the director of the student experience on January 18. | Photo by Andreas Patsiaouros

A former Laurier student himself, Verhoeve completed an honours bachelor of arts in global studies and sociology in 2010 before continuing on to complete a bachelor of education at the University of Windsor.

Though he initially planned on being a teacher at the elementary level, it wasn’t until after having accepted a position at the University of Guelph where he realized his passion lay with student experience and engagement at the university level.

“A lot of that relationship building and connection with students that I love and that I live for comes from [working at UofG],” said Verhoeve. “Knowing how to connect with students on different levels and being able to engage students and wanting to, just sincerely wanting to get to know students.”

As director of student experience, Verhoeve’s responsibilities include working alongside the vice-president of finance and administration to hire and manage volunteers as well as coordinate with the dean of students and faculty deans when planning academic programming over Orientation Week.

Additionally, Verhoeve will serve as support for all Students’ Union campus clubs and the vice-president of clubs and associations, a role he once filled himself during his time as a Laurier undergraduate.

“I have a bit of an understanding of what the clubs department and what the programming side of things does; though ultimately things have changed in the five and a half years since I’ve been here,” said Verhoeve. “I’m being very conscious not to come in thinking that I know everything that Laurier is currently. I want to take some time to talk to students, to talk to the team here with the Union and get to know where we’re at with things.”

Despite having spent many years since graduation studying and then working elsewhere, his time spent away did nothing to diminish the enthusiasm felt when the opportunity arose for his return to Laurier.

Moving forward, Verhoeve’s goal is to increase the student experience for all students at Laurier, making sure there is ample opportunity for each to have as fulfilling and engaging an experience as possible during their time at the school.

“That I have the opportunity to hopefully have an impact on some people, and to do that at an institution that did it for me was just a no brainer to want to come back and want to be a part of this incredible campus.”