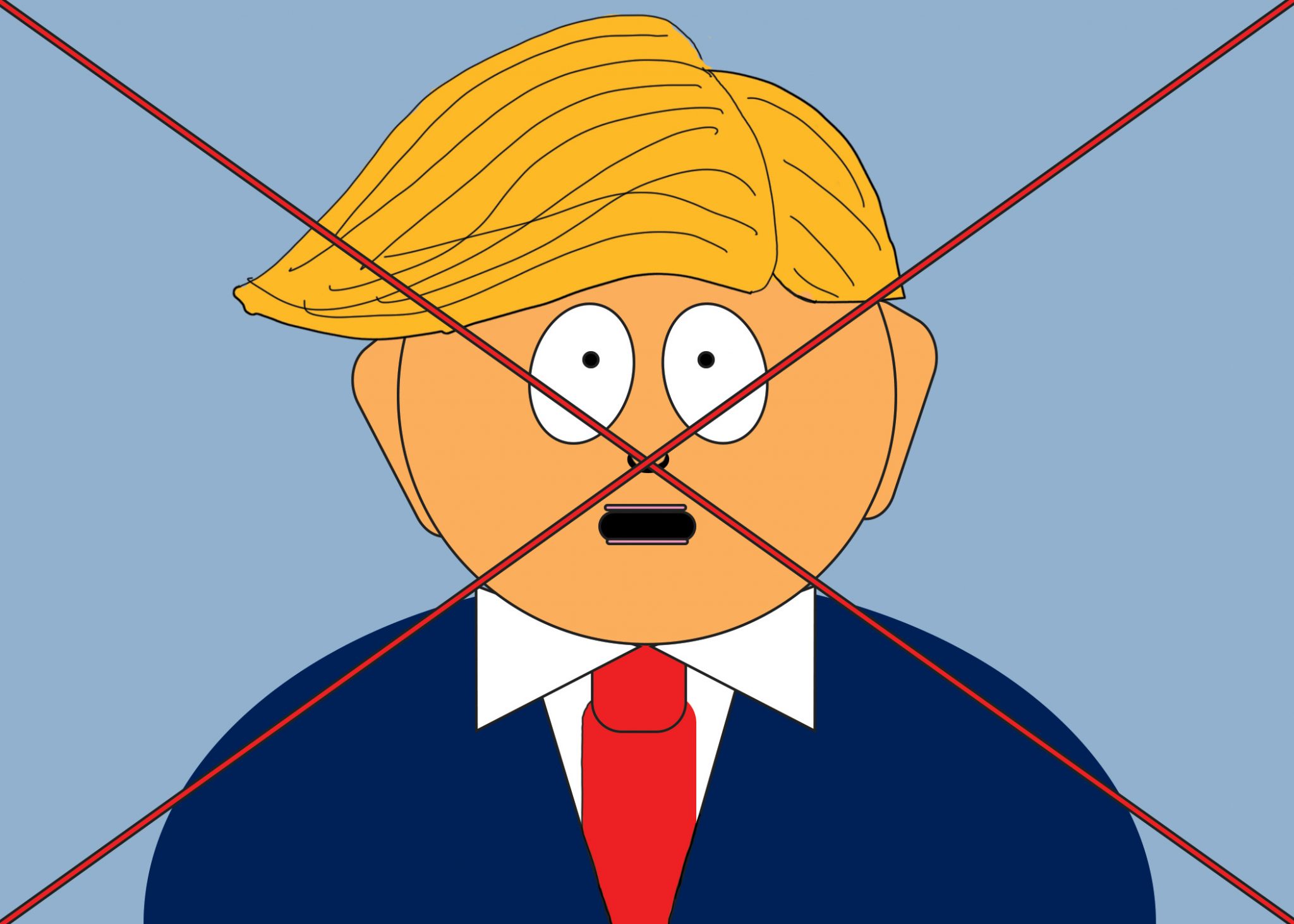 On June 30, South Park co-creator Trey Parker made an announcement while speaking to the Los Angeles Times that surprised and unsettled me more so than any of the material featured in their Emmy-award winning cartoon.

I’ve been a longtime fan of how South Park viciously skewered seemingly everything, from organized religion to celebrities in the spotlight. When the creators announced – without a hint of irony – that their infamous mentality of “anybody could be next” now has an exception, I was taken aback.

Parker and co-creator Matt Stone, in all their boisterous identification as “equal opportunity offenders”, have finally found something even they aren’t willing to mock. Seemingly – like all things these days – this is Trump related.

“We fell into the same trap that ‘Saturday Night Live‘ fell into,” Parker said to the Los Angeles Times. “We’re becoming ‘tune in to see what we’re going to say about Trump.’”

The recently completed seasons 19 and 20 of their long running satire series saw Trump placed front and center in their mockery, and the results left a lot to be desired. With such a large target placed before them, the newly serialized structure lost control of itself and attempted to juggle too many ideas around what we all felt was an obvious target.

The 20 episodes that made up those seasons were preoccupied with excessive diatribes on “political correctness,” female comedians, online trolls, anonymity and tiny fruit that reminisced about the good ol’ days. All this was handled so impetuously that Trump was left to the wayside. One or two digs of his behavior was the most Parker and Stone could muster. Honestly, I was disappointed.

Stone and Parker are outspoken as political centrists and given the nature of their show’s “take no prisoners” approach to commentary, it’s pretty understandable. By carefully avoiding identifying with one side or the other, they get more targets to lambaste. This approach has allowed them to reach a wide audience while avoiding pissing off their fan base.

They want to piss off celebrities, Scientologists and the Catholic Church, but not their average viewer – who according to the fan reception was none too pleased in how the creators leaned into one side so far. If everyone is a target, how could they only stay on one for a whole season?

The problem with all these excuses I am making and the massive amounts of doubt I am giving them the benefit of, every reason I can justify their decision by also speaks to the fundamental problem. In each scenario I have laid out, Parker and Stone come across not as the devil may care satirists whom view every person, ideology and sacred concept as ripe for its own inevitable 30-minute treatment.

Instead this decision comes across as gutless for the writing duo, a craven admittance of defeat for what they attempted to accomplish with their last season, that being stay on top of the 2016 election as it happened.

Parker went on to say in the Los Angeles Weekly interview that being shockingly current was never his intent for the show. “We would do an entire season and there would be one moment that played off something that had just happened and people would go, ‘South Park’ is the show that does that.”

Filling the expectation of the audience to be the first to laugh off a newsworthy event clearly fatigued the creators after a whole season of scouring headlines for material.

“Kids being kids and being ridiculous and outrageous,” is what Parker says South Park is all about.

However, South Park did not build its reputation on simply being about crazy kids in Colorado. It carved out a niche as being a first response commentator to a newsworthy event.

Given that their six-days-per-episode work schedule has allowed them to stay comparatively current on events, most viewers look to the show for their take on the matter.

Parker and Stone do not realize that despite being a low-brow gross out comedy, the show is a contributor to the discourse no matter how insensitive or polarizing it may be. It wasn’t uncommon to find myself wondering when something noteworthy was occurring “I wonder what South Park will do with this”.

They’re playing this one safe and that’s not what I want from South Park.

Since when has South Park ever been afraid to piss somebody off? Are you telling me this kind of belligerent voice would find anything off limits?

“But what people don’t realize is, we’ve thought this for 20 years. We’ve been ready for it,” Parker said, concluding the interview.

I’ve been a fan of South Park since I was crafty enough to view it without my parents knowing and avoidance has never been their strong suit.

I am hopeful that Parker and Stone just won’t be able to help themselves; they’re provocateurs and damn talented ones at that.

I am not asking for them to defeat him or anything ridiculous like that because that’s not the point of comedy or satire. All I am asking is for them to be themselves and push that envelope no matter where it is placed, because pushing always looks better than folding.