Sochi olympics a time for reflection 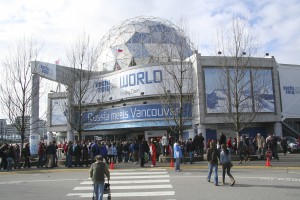 We buy products from countries not only lacking democracy and freedom, but also the most fundamental labour laws. Our vanity and materialism sustain the demand for diamonds and other minerals which fuel conflict and promote resource exploitation. We sit idly by as conflicts erupt around the world and people die from starvation and preventable disease each day.

We also live in a Western society that is progressive but still struggling with racism, intolerance and discrimination. However, we seem to forget all of those things in the lead up to the Olympics where the evil, anti-gay Russians are hosting the event. That’s when we decide to take a stand.

The Sochi Olympics are a great platform to express international concerns over Russian oppressiveness generally and anti-LGBT legislation specifically.

It is also a platform to highlight the diversity of the Western world and try to encourage similar tolerance in Russia.

But when the United States, which does not even support gay marriage in most states, portrays itself as the land of tolerance and righteousness, I do find it disingenuous and an extension of an ill-informed, outdated Cold War mentality.

If the Olympics were held in China, for example, would there be an international outcry over Chinese oppressiveness, undemocratic government or involvement in African conflicts?

Oh wait, that already happened a few years ago and nope, wasn’t an issue apparently. There was some talk and media coverage of a boycott, but nothing like Sochi.

The truth is that openly gay athletes will be just as welcome in Sochi as they would in some communities in the United States. This is an international event, gay athletes will not be imprisoned or kidnapped or even bothered if the government has any say in the matter (which it does – Putin has all the say). Even in Canada, not even three quarters of the public supports marriage equality.

So, yes we are far ahead of the Russians in terms of progressiveness and acceptance, but we aren’t all the way there either. I would argue post-9/11 legislation targeting the conflated “Muslim/Arab/Middle Eastern” identity was and remains just as dangerous and backwards as Russian anti-LGBT laws.

In addition, Russian legislation does not encompass Russian public opinion or convey political culture in a meaningful way. Let’s not generalize all Russians based on legislation supported by Putin.

Use this Olympics to show the Russian government how outdated their legislation is and express a desire for an improved human rights record. But also use this Olympics to look in the mirror and address the issues that are unresolved domestically.

A Washington Post op-ed suggested that the US should have sent gay rights advocates to Alabama and Texas during the 2002 Olympics. As the article points out, there was no contention to holding the 2002 Olympics in Salt Lake City, Utah, a state which prohibits the “advocacy of homosexuality.”

Russia seems to be moving back in time as we progress, but progression should not result in contentment.

Canada and the US should acknowledge issues like systemic racism, Islamophobia and gay rights so that the next time an international event is hosted in a place like Sochi, we can critique from a place of complete and genuine truth.