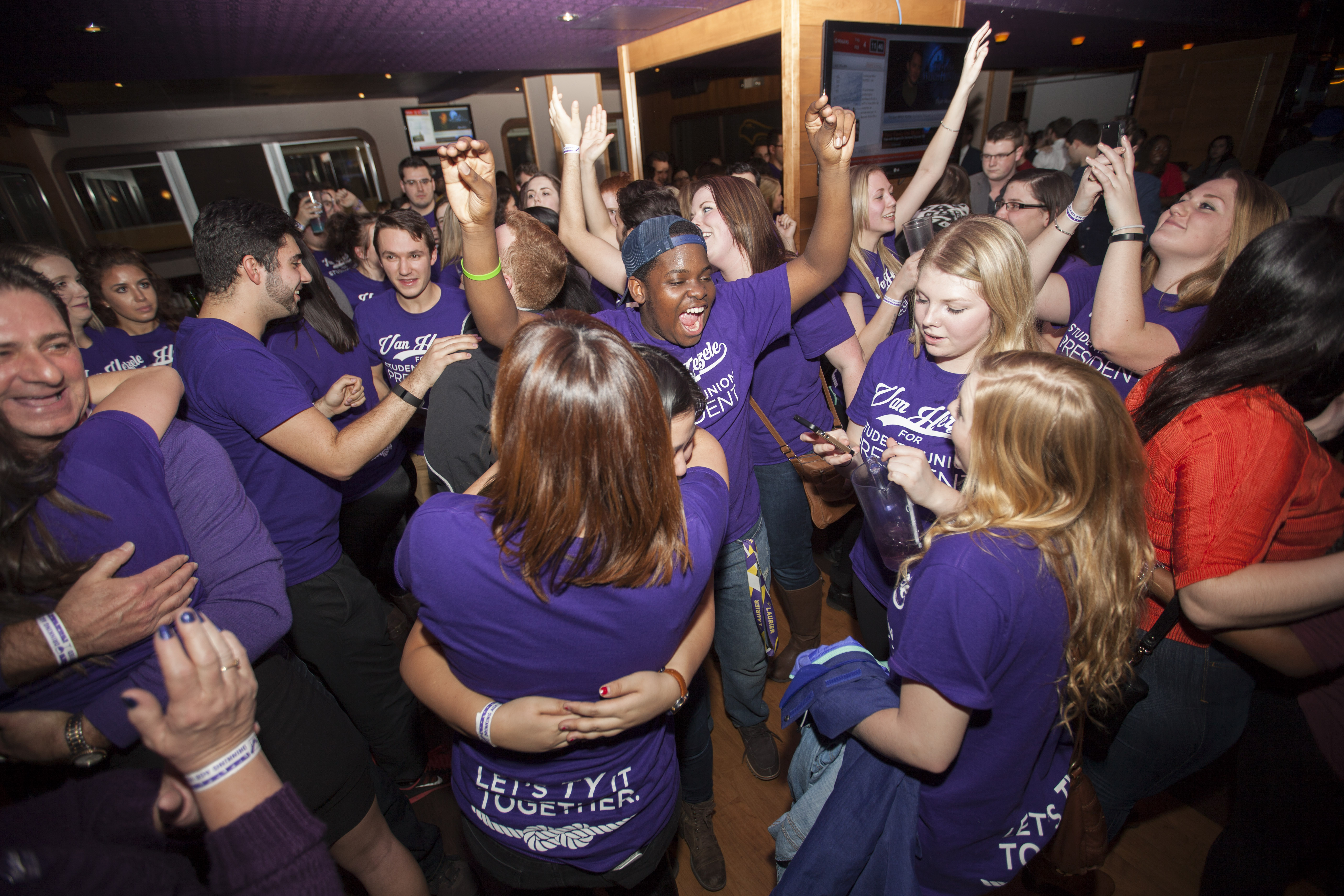 The results are in following the Wilfrid Laurier University Students’ Union elections held last week on February 3 and 4, when students from Waterloo and Brantford were given the chance to make their voice count.

Though members of the Laurier community have known since late Thursday evening the results of the election, which saw Tyler Van Herzele elected as the next Students’ Union president and first-ever president-elect from Brantford, the full data detailing how and in what numbers students chose to engage with the election were not immediately available. Voting online opened early morning last Wednesday, with the majority of students choosing not to delay in casting their vote, as evidenced by the site’s traffic data.

“I think we hit triple digits every hour from 9 a.m. until probably around four for people voting,” said Colin Aitchison, chair of the board and chief governance officer. “On day two I think we only hit triple digits one hour or two hours for voter turnout, and the numbers were significantly lower until the end of the day where they increased again at the last minute.”

Of the 17,080 students enrolled across all of Laurier’s campuses, a total of 4,315 students voted in the election, making for a 26.14 per cent turnout rate, an approximate two per cent increase from last year’s 24.2 per cent turnout.

2016 Elections
Create your own infographics

“Seeing the two per cent increase was nice, seeing as we had the exact same amount of presidential candidates as last year,” said Aitchison. “It’s not where I wanted it to be. It’s tough though when you only have two presidential candidates and their campaigns aren’t big and flashy. I found that they both ran really similar campaigns, and it’s not to say that they ran bad campaigns because they were both really well run.”

Though the turnout rate increased, the jump was not as much as election organizers had hoped for given the extensive marketing campaign launched earlier this year by the Students’ Union. The campaign, #LaurierVotes, was modeled after McMaster University’s #MacVotes initiative, where turnout last year at their respective Students’ Union election reached 44 per cent.

Initially unveiled to encourage voter turnout among university community members for the federal election last October, the same promotional tactics were used once again for Laurier’s own elections for Students’ Union president and board of directors, as well as Laurier’s Senate and board of governors.Though the results weren’t evident with this year’s engagement, the campaign will continue to be used in the years to come in a hope that consistent branding will be accompanied by greater engagement between presidential campaigns and the student body.

“We can only do so much on our end to get a certain amount of students, and then we have to rely on the candidates to get others out,” said Aitchison. “A lot of the time we’re compared to schools like McMaster, who have six, seven candidates at times, who all have extremely flashy campaigns so they can draw from a bigger proportion of their school population. I think that we did the best that we could to engage students.”

The full election results for all positions were ratified at the Students’ Union board of directors meeting on February 5.