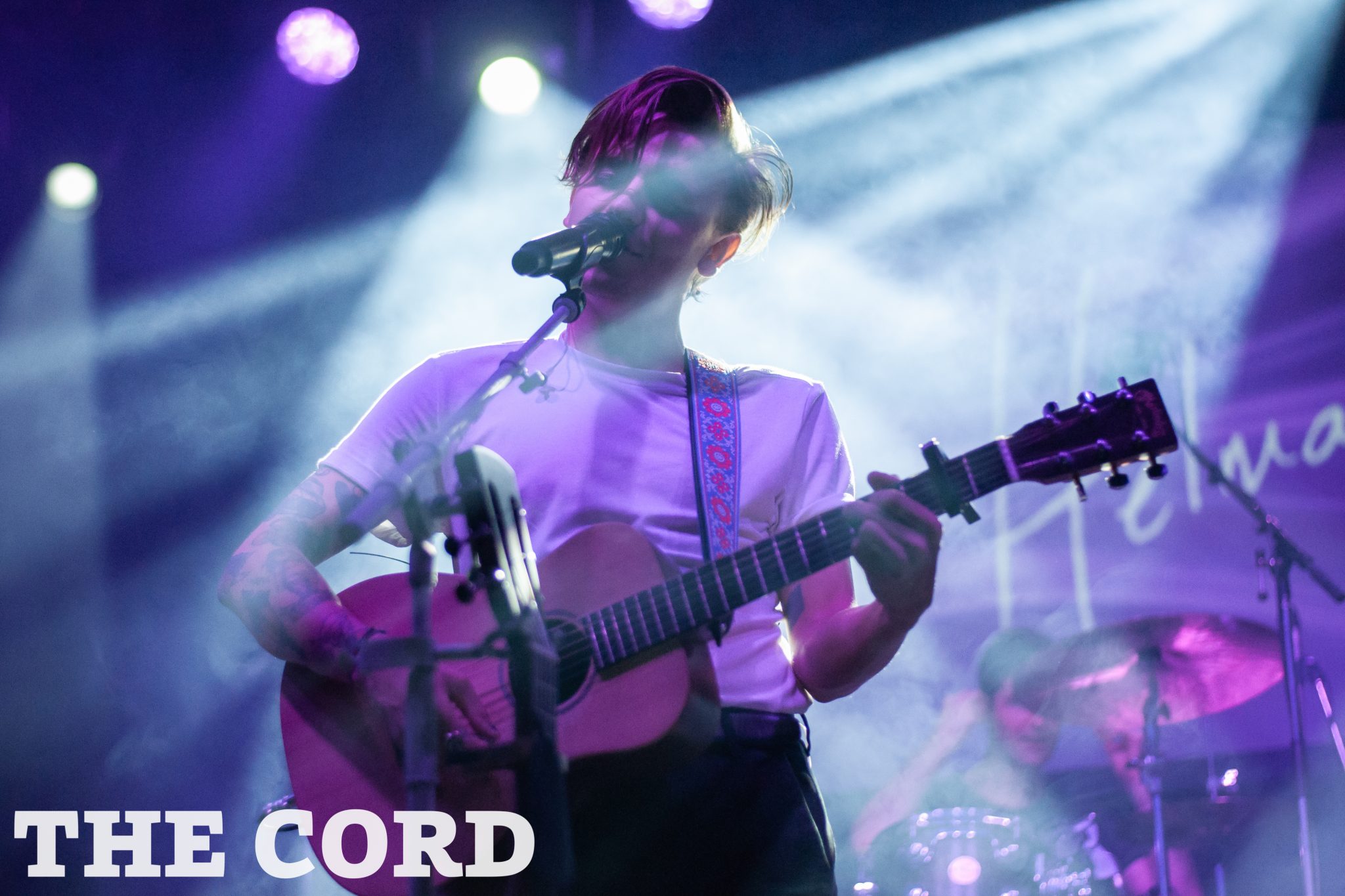 On Sept. 10, excited music-goers lined up for a Saturday night concert to welcome back Laurier students to a new year at the Athletic Complex.

With the opening act slated to begin at 10 p.m., the performance didn’t start until nearly an hour later — but it was worth the wait.

His set began from his keyboard, where he described his music style as mixing “old movie clips with a dance party” accompanied by a surprisingly emotional montage of inspirational film moments playing on the screen behind him.

Text about the university experience transitioned across multiple movie scenes from Hercules to The Wizard of Oz that made this sentimental fourth-year misty eyed in the process.

The tone for his time slot was set when he stepped up to the crowd barricade to lead everyone in a shouted singalong to the Twentieth Century Fox opening theme tune. No one knew what to expect — and that’s what kept it fun.

Aucoin’s stage presence was established instantly. He integrated his original song work with lyrics that moved across various film clips for the audience to follow.

He also lept into the crowd to jump, dance, sing and fist pump, maintaining boundless energy every moment while he was performing.

Helman’s setlist was comprised of 16 songs, filling the space with an hour of joy and easy-to-like music.

Concluding with a parachute that was flung over the audience, the carefree atmosphere was reminiscent of a high-energy kindergarten class at recess. Immersive and unabashedly fun, Aucoin left everyone with confetti in their hair and smiles on their faces.

At only 22, the Toronto-native looked effortless and at ease with his equally talented and easy going band. What was perhaps the most charming aspect about Helman’s performance was his uncanny ability to seem normal and down to earth.

He would casually chat to the audience in between songs, flash a cute smile and chuckle to himself when the crowd would scream about their love for him and he continuously looked as though he was genuinely having a great time.

Helman expressed his comfort with the age group in attendance, saying that performing in front of university students made him feel like he was playing for “a group of friends.”

He transitioned into songs naturally, happily swapping out his guitar for a ukulele when he performed one of my personal favourites from the night, the incredibly endearing, “No Way Jose.”

Moving right into what is perhaps his most famous song, “PDA,” the crowd instantly began screaming the lyrics along with him.

Smiling and moving along to the music in a way that caused nearly every girl in the room to lose their minds, Helman delivered a lighthearted performance that left people swooning and singing their hearts out.

Helman’s setlist was comprised of 16 songs, filling the space with an hour of joy and easy-to-like music.

Cute and comfortable, Helman made his time on stage memorable, leaving a positive impression on the eager audience in attendance.