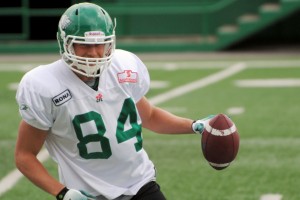 Last year, I wrote an article on the Carleton Ravens needing to be part of the Canadian Interuniversity Sport (CIS) because they provide reason as to why Canadian university sports teams should be recognized.

On Saturday, I sat in my living room watching the 49th Vanier Cup between the Calgary Dinos and the Laval Rouge et Or. This game was huge: Calgary was playing for a player who had passed away at the beginning of the season, and Laval was looking for their eighth Vanier Cup title in the short history of the school’s time in the CIS.

However, I couldn’t help but be angry as I sat there. Throughout the Canadian university football season, all I heard were comments about how the rules are stupid, the teams aren’t good, the atmosphere isn’t the same and that the game is ruined        But is that really true? Is that really what we should be comparing the game we’re surrounded with?

I’m completely aware that NCAA schools and atmosphere are played up to the highest calibre possible. I mean, if I had the chance, I would be front row at a University of Notre Dame football game cheering on the Fighting Irish. I relish in the atmospheres and the opportunity to be part of the experience south of the border. But that doesn’t mean that the Canadian institutes for sports don’t deserve some recognition.

I’ve watched far too many football games to count in my last two years and I was a solid advocate for the Canadian game as a youngster. I’ve seen the rules. When I watched the Baltimore Ravens’ first game of the season against the Denver Broncos, I almost got confused when Ravens kicker Justin Tucker didn’t come out on third down to punt. It just didn’t make sense to me.

In Canadian football, we’ve got three downs, our field is 110 yards and we’ve got crazy rules that allow teams to win on recovered punts and singles through the endzone.

The Canadian atmosphere is captivating, with thousands of university students relishing in the accomplishments of these players. The University of Laval filled their stadium for the Vanier Cup and it was such a chilling sight to see all of the pride. McMaster University football head coach Stefan Ptaszek said that Laval put on a great show and took care of all student athletes in the highest regard.

Laval does it well.

The point of my anger isn’t necessarily that Canadian university football is better — it’s the fact that these players are playing for their school without being a farm team to the pros. Canadian schools are not funded by an NFL team and don’t get major sponsors from every organization.So instead of criticizing the fact that it isn’t American football, why not learn to recognize its glory?

I know that by saying this I will get criticism. American football is where the world turns. It’s the highest gross income sports organization and is the reason many pubs are open.NCAA schools are set up so that someday, their players will move on to the pros.

But there are so many issues with the NCAA that stem back to the establishment and organization of the programs. Student athletes are not respected or taken care of anywhere remotely close to how they are in Canada. There have been issues of perception for athlete’s well-being and dollars are more important than the fruition of the players.

When Louisville basketball player Kevin Ware broke his tibia on national television, the biggest comment that came out of that was “how is he going to pay for his medical bills?” And is there an answer yet?

Canadian university football is something to be celebrated. For most of these players, the Vanier Cup is their pride, and what they learn on the gridiron isn’t determined by wins and losses or pro contracts.