Meth deemed as drug of choice in region

Crystal meth is finding its place on the streets of Waterloo Region. 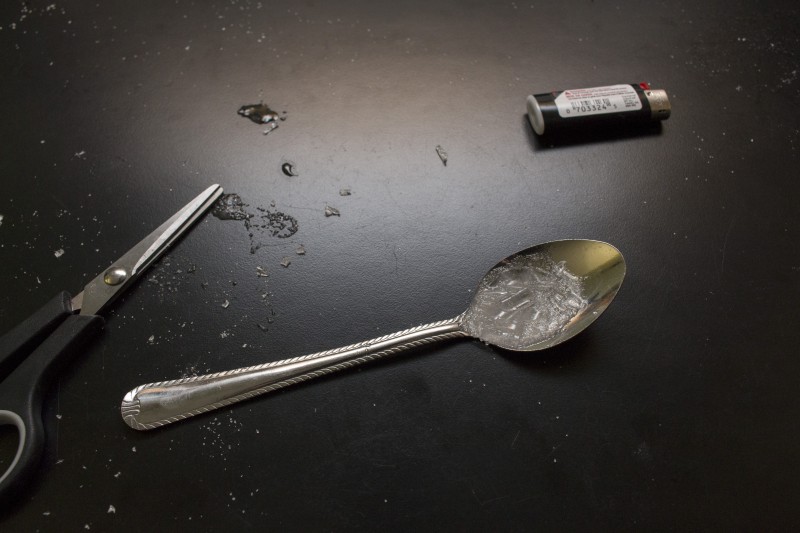 Crystal meth is finding its place on the streets of Waterloo Region.

Crystal meth, the more common name for methamphetamine, is a central nervous system stimulant that is used recreationally, mostly as a euphoriant and an aphrodisiac drug. It is highly addictive and making it one of the deadliest drugs to become addicted to.

Guelph Police Services and WRPS drug units are reporting an incredible spike in usage and the illegal selling of this drug in the last few years. Crack cocaine used to be the most common drug of choice in the tri-city area, but the numbers are proving this is no longer the case.

According to CBC, the amount of meth seized in Guelph has increased over 1500 per cent, but the amount of cocaine and crack cocaine has dropped 90 per cent.

Waterloo is following a similar pattern but the numbers are not as extreme. The CBC also reported that there was a 200 per cent increase in the amount of meth seized from 2013-14.

In small doses, meth induces an elevated mood, increases energy, concentration and alertness. Large doses of crystal meth are known to cause psychosis, brain bleeds and rhabdomyolysis, a condition in which the striated skeletal muscle breaks down into the blood stream and puts incredible strain on the kidneys. This can result in permanent damage and death.

Meth has devastating long-term effects on the brain and nervous system. Medical researchers report a reduction in grey matter, the physical “meat” of your brain, as well as permanent damage to neurons and receptors alike.

Crystal meth can be snorted through the nose, inhaled through the lungs or injected directly into the blood stream. So what is drawing the majority of drug users to a narcotic that has such adverse effects on the person taking it?

Staff sergeant with WRPS, Mike Haffner, said that the shift from crack cocaine is a matter of supply and demand.

“Drugs such as cocaine and heroin come from source countries requiring an importation process which drives the cost up and ultimately affects the availability of the drug,” he said.

This is opposed to meth, which can be made locally. It essentially becomes a cheaper alternative.

“It [meth] is cheap to buy and easy to obtain thus driving the supply and demand – dealers are plentiful due to the high demand and high profits,” said Haffner.

Although the WRPS conducted an investigation in 2014 that led to 15 local residents being indicted with 65 charges related to crystal meth, whether making, distributing, or selling.

Haffner believes it is only through a “collaborative approach with community partners involving enforcement, harm reduction, prevention, education” that will create safer and healthier communities.