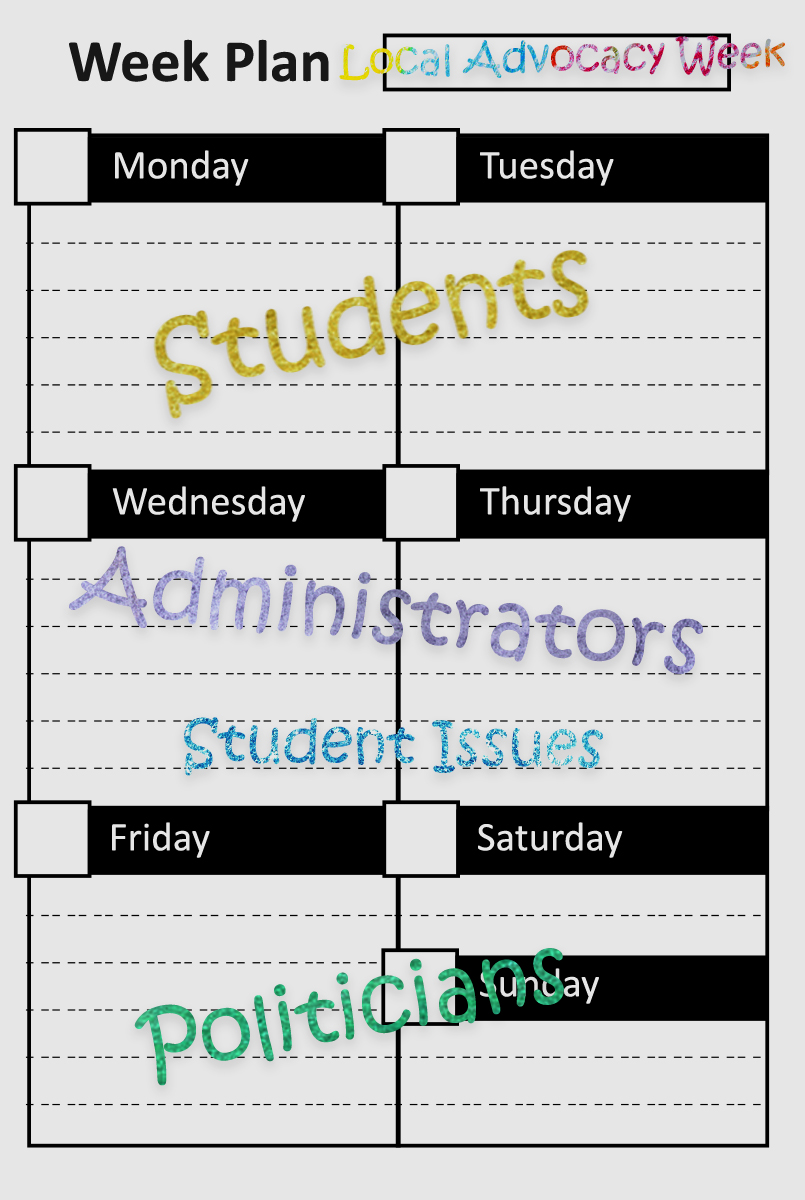 During the week, Laurier students will get the chance to meet with professionals, including members of parliament and members of provincial parliament, to discuss priorities pertaining to students and post-secondary education.

Through the discussions and sessions, students are encouraged to advocate on their own behalf around school issues and change.

“We’re going to be meeting with people from MPs to MPPs, the mayors on both campuses and we try to make it equitable so if we’re meeting with an MP in Brantford and with an MP in Waterloo just to cover our bases in that way,” said Laura Bassett, vice-president of university affairs with the Students’ Union.

According to Bassett, issues which have been discussed throughout the year on campus, such as sexual violence, will be talked about among students and stakeholders in lobby meetings during this week.

Thus far, around 35 meetings have been scheduled or are in the process of being scheduled.

Students and volunteers will also have the opportunity to meet with 35 stakeholders.

“It’s a really great way for volunteers to get engaged in meetings that they wouldn’t necessarily have in any other capacity,” Bassett said.

During Local Advocacy Week, students and volunteers will benefit from experience in lobbying and advocacy through politicians and speakers.

Students can engage in discussions about what needs to change with post-secondary education.

“It incorporates what they’re passionate about, so if they see an issue at the university and they’re like I want to fix this but they don’t necessarily know how to go about doing that, we connect them with the right people to get their ideas forward,” said Bassett.

According to Bassett, many successes have come out as a result of the Local Advocacy Week, including more study space for students in the form of new buildings.

Student representatives asked for more space and after advocating for this, it became a priority.

“It’s a really great way for volunteers to get engaged in meetings that they wouldn’t necessarily have in any other capacity.”

Internal stakeholders will also be attending the event to discuss students’ own issues with the university.

“There’s people on the university campus that we’ll meet with including Dr. Blouw, Leanne Holland Brown […] to advance an internal agenda with them as well,” said Matt McLean, assistant vice-president of university affairs.

The Students’ Union will be running Local Advocacy Week from Monday, January 18 to Friday, January 22.