It was the little things that beat the Wilfrid Laurier men’s hockey team. 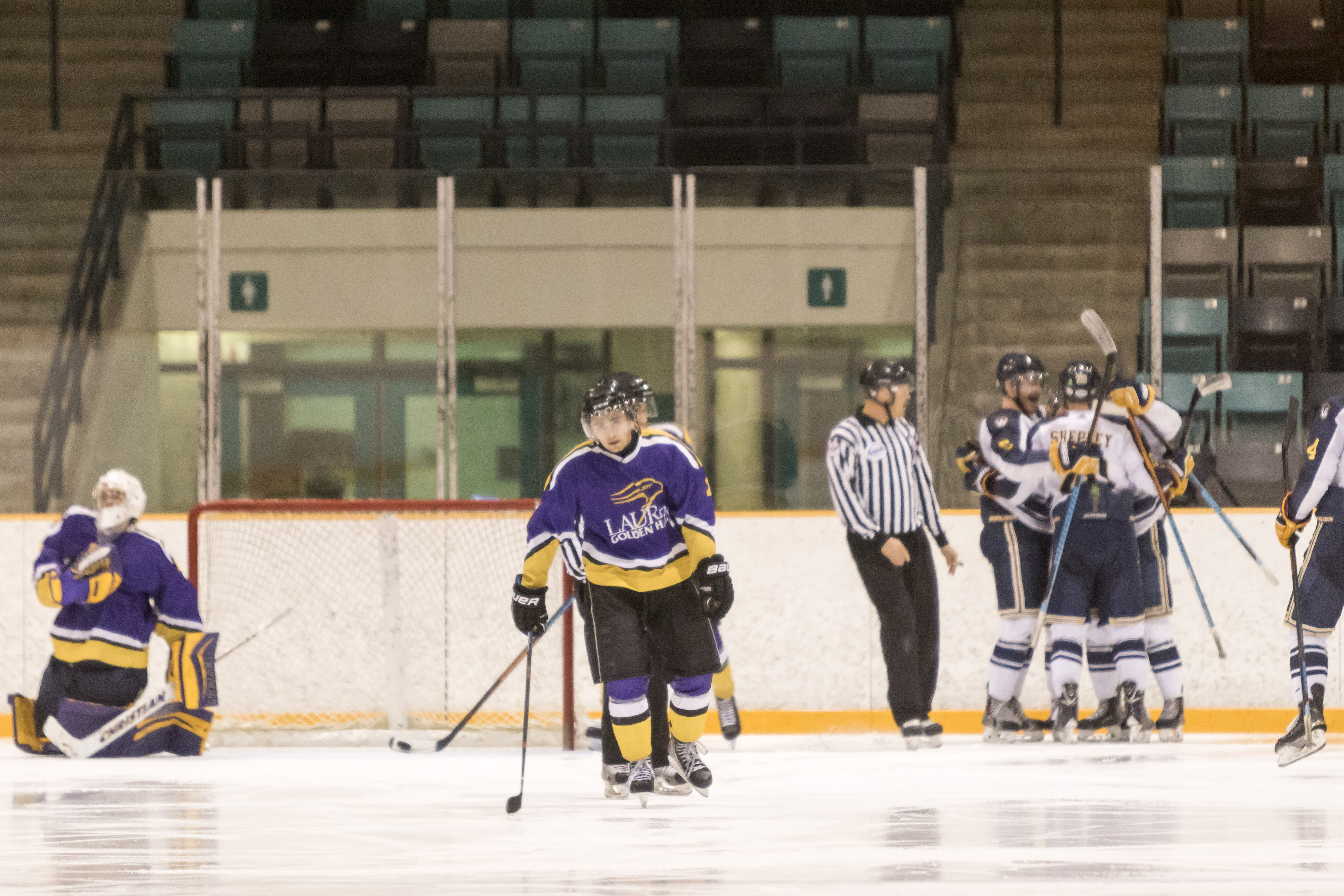 It was the little things that beat the Wilfrid Laurier men’s hockey team. | Photo by Will Huang

It was the little things that beat the Wilfrid Laurier men’s hockey team.

The Hawks saw their two-game winning streak come to an end Saturday night after a 2-1 loss to the Windsor Lancers, just a game after a valiant victory over the Ryerson Rams 3-1 last Thursday night in Toronto.

The loss drops the Hawks to ninth place with an overall record of 6-8, two points behind their rivals the Waterloo Warriors, Toronto Varsity Blues and Brock Badgers. The Hawks hold two games in hand coming into the end of the first half of the season.

“We needed two points today, it’d be huge in the standings and we didn’t get it done,” said captain Greg Cerilli. “We can obviously play better. We didn’t have many scoring chances, that result from not many shots. We had [23] shots, that’s not acceptable at home on our ice.”

According to Cerilli, nothing was working in the Hawks’ favour — Laurier didn’t stick to their game plan, the power play wasn’t working and the Hawks didn’t take many shots or create scoring opportunities. Even though Laurier scored early with a goal from Matt Dupont six minutes into the first period, the Lancers responded halfway through the period.

“Annoyed. Frustrated. Just not a good effort for our team tonight,” head coach Greg Puhalski said. “We were never able to find any balance or any rhythm to our game, it was destroyed from the very first drop of the puck.”

The score remained tied at 1-1 until the third period when Seguin solved Laurier’s second-year goaltender Colin Furlong and gave the Lancers a 2-1 lead. The Hawks turned on the pressure in the last five minutes, but could not find the equalizer.

Furlong ended the night with 24 saves.

The Hawks still have two more games to end the first half of the season on a high note. They host the Guelph  Gryphons at 11 a.m., on Thursday morning before travelling to play the No. 10 York Lions on Friday night. To Cerilli, this loss isn’t devastating to the Hawks — there’s plenty of hockey left.

“It’s not the end of the world. It is another game on the schedule, although it meant a lot to us in the room. It’s over with, we lost,” Cerilli said. “Nice thing is we have a chance on Thursday in front of a packed house to beat Guelph.”

Two members of the Laurier Students’ Union Board of Directors resign

UPDATED: Maxime Bernier among hundreds at anti-lockdown protest in Waterloo on Sunday