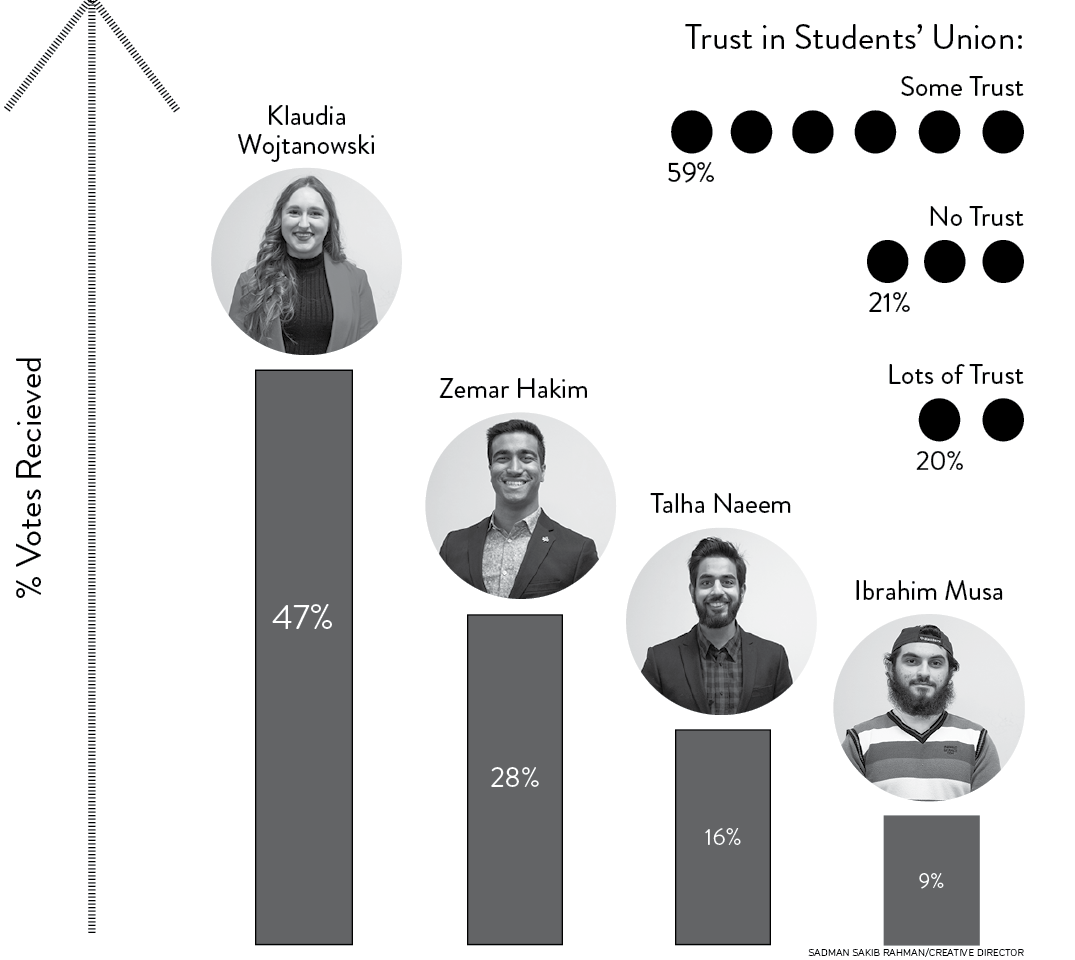 Laurier Student Poll conducted a survey over the past week asking Wilfrid Laurier University students about which presidential candidate they are planning to vote for in the upcoming and now ongoing Students’ Union election.

The idea behind the survey was to get an early estimate on who the front runner is to become the Wilfrid Laurier University Students’ Union president for 2019-2020.

The survey was conducted online and received a total of 147 responses from various undergraduate and master’s students at Wilfrid Laurier University.

Out of the four presidential candidates, Klaudia Wojtanowski garnered the majority of the votes with 47 per cent of the responses favoring her as the winner.

The survey also asked students some questions about their thoughts on the Students’ Union and the upcoming election in general.

One of the questions gauged students’ interest level in the upcoming election.

Of the 17 per cent (25 students) that said they were not interested in the election, 80 per cent (20 students) were in their first year of study.

The survey also showed that 65 per cent of the respondents had voted in the election in the past. Voter turnout is a big point of emphasis for the Students’ Union every year and will be interesting to see whether the number of voters will increase for this year’s election.

56 per cent of the respondents said that they have not been satisfied with the Students’ Union.

Overall, the survey revealed some intriguing results about the Laurier student body’s thoughts about the Students’ Union.

Students can vote online or on-campus.