Last Saturday, members of The Cord staff took to the streets of downtown Kitchener for the King StrEATery Food Truck Rally.

Contrast to the mass amounts of construction downtown, there were a considerable amount of people and food trucks outside of City Hall.

The sun was scorching, the live music was blasting and the smell of deep fryers, sugar and salt was in the air. The atmosphere was nothing less than perfection. 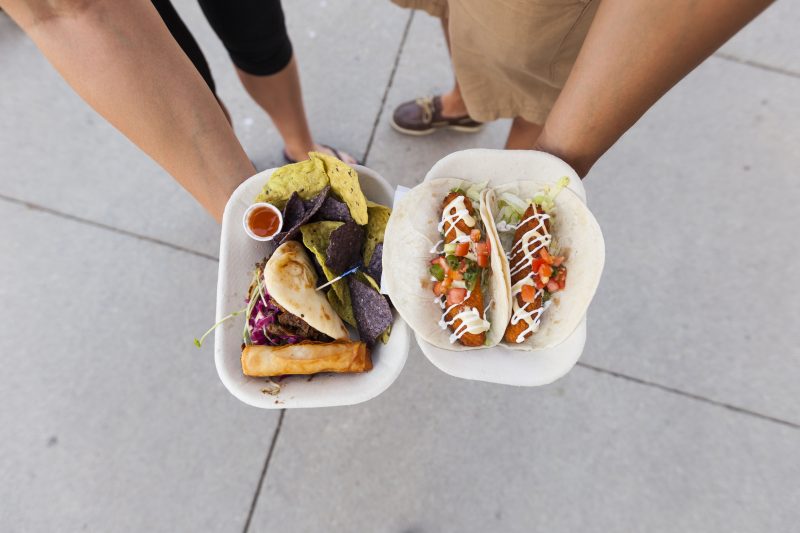 We tried our best to try something from as many trucks as we could so we could identify which foods hit and missed the mark. As we walked up and down the strip, a lot of the menus seemed very repetitive. The majority of the trucks were serving tacos, poutines and sandwiches. All of which came with rather steep prices.

The first gold star of the day went to the Lobster Limo, which served lobster mac and cheese deep fried balls alongside a chipotle lime dipping sauce. These balls of deep fried goodness were delicious. They were crispy on the outside and gooey on the inside. I would undoubtedly order this item again. 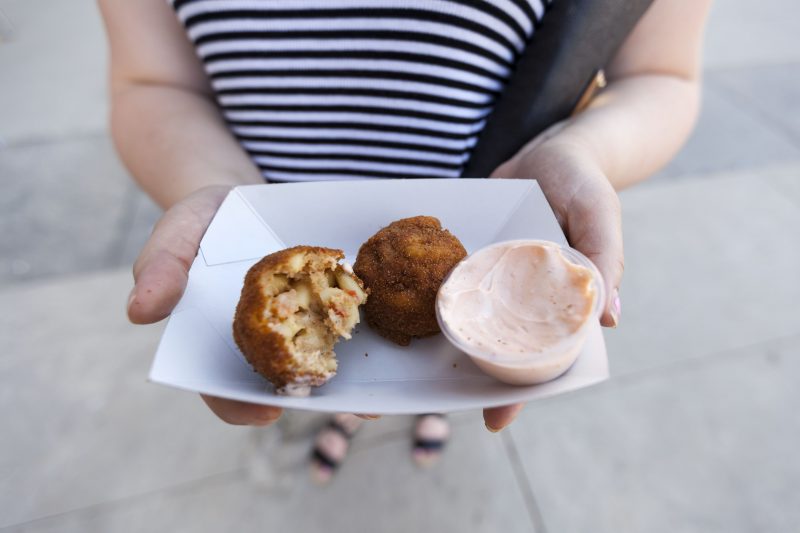 Another stand out was the Luchador, a truck that served Mexican cuisine. The tacos were fresh and hot and the side of chips were definitely a stand out item. The combo also featured a spring roll, which was tasty, but a strange addition from a Mexican truck.

West of Seoul was also a truck that navigated away from the typical sandwich and poutine theme. Their Korean pork tacos were not only presented beautifully for street food, but the taste was spot on. Their japa-dog, however, completely missed the mark. This Korean hotdog was topped with nori and tempura, but it was so salty and the bun was stale, making it almost inedible. 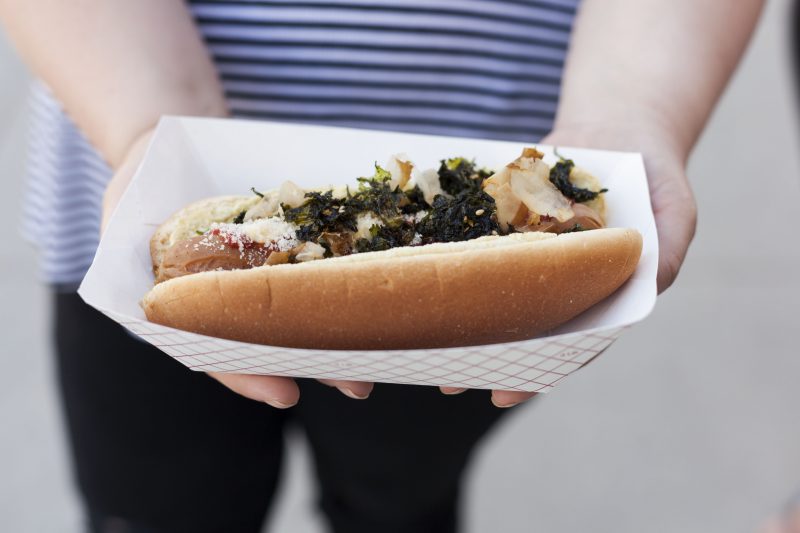 Café du Monde was serving up beautiful looking crepes that were also really delicious. The service was excellent and the crepe satisfied all sweet and savoury cravings.

In the K-W food truck scene, funky sandwiches seem to be the craze. SWAT is an awesome looking truck that would definitely draw in consumers, but their sandwiches were so overpriced that no twist is wild enough to make me fork out over ten dollars.

At the end of the day, two items brought smiles to all of our faces.

The huge lemonades at Grab a Lemonade, although pricey, were exactly what we all needed on that hot summer Saturday.

Kool Jim’s Ice Cream Truck reminded us all of those we chased as kids, dirt under our fingernails as we paused a game of hopscotch to run after the tinkling bells. There was nothing special about this ice cream—but the nostalgia made it worth the buck.

People love food trucks. There’s no doubt about it. But after this past weekend, I learned that when trying to make a menu that is appealing to customers, less is generally more.

If food truck owners are trying to put a twist on a classic, that twist has to be original and executed flawlessly, without burning a hole in anyone’s pocket.