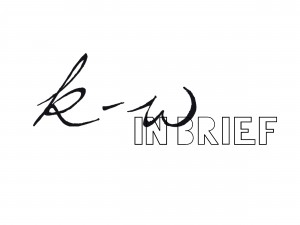 Mom wins big money for charity and family
A local mother has won $10,000 and an additional $100,000 for Cystic Fibrosis Canada. Katie Schulz, whose three-year-old daughter Sofia has cystic fibrosis, won the money as a result of receiving the Mom of the Year award from Walmart Canada. Schulz was able to choose the charity she wanted to donate the money to. In addition to her personal connection, she is also the president of the Kitchener-Waterloo chapter of Cystic Fibrosis Canada. Hayley Wickenheiser, a professional female hockey player, was on the selection committee. She was present to give Schulz the award at Walmart’s Kitchener location on Monday. Schulz was selected from a pool of approximately 17,000 nominees and was nominated by her husband Jason.

Cambridge councillor facing impaired driving charges
Pam Wolf, a councillor for the city of Cambridge, has been charged with impaired driving. The charges, impaired operation of a motor vehicle and driving a motor vehicle with more than 80 mg of alcohol in her blood, were laid following a crash which took place on Friday night in Cambridge at the intersection of Fountain Street North and Victoria Street North. The crash involved two vehicles which collided at around 9:40 p.m. Friday evening. In addition to the charges, Wolf has lost  her license for 90 days. Her car was also seized by police for 7 days. Wolf, who was initially elected in 2006 and re-elected in 2010 to Cambridge city council, will have to make a court appearance in Kitchener on Nov. 30.

Arsonists hit, then run
Two men, both 22-years old, have been charged by police after a hit and run incident which occured at around 3 a.m. last Saturday morning. After hitting a parked car on Massey Avenue in Kitchener, the two men apparently set fire to their vehicle, a green Volkswagen and fled. Police were alerted to the burning vehicle. The charges laid against the men by police included arson, public mischief and failure to remain at a collision. No injuries were reported following the incident.
–Compiled by Lindsay Purchase