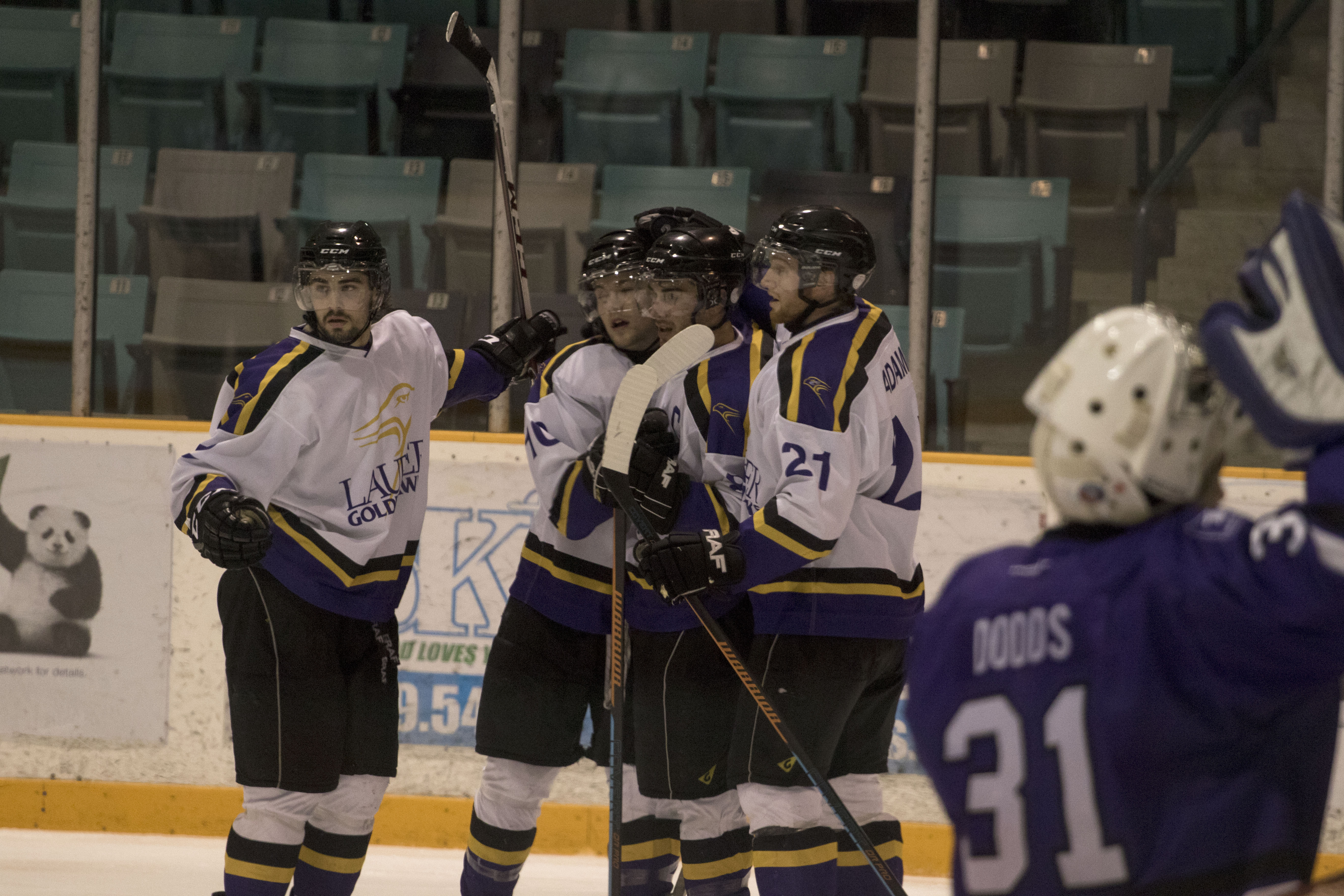 With 10 seconds remaining in the third period, first-year forward Christian Mroczkowski came up clutch, scoring the game-winning goal for the Wilfrid Laurier Golden Hawks during their 3-2 victory against the Toronto Varsity Blues on Thursday January 7.

Mroczkowski also scored the only goal in the Laurier column when he brought the Hawks within a goal to the Western Mustangs on Saturday, but Laurier couldn’t find the equalizer in a 2-1 loss.

“Coming out of the break, he’s been able to help our team offensively and create some chances for himself and been able to cash in,” head coach Greg Puhalski said. “He’s been effective and offensively been one of our better players for us. It’s great for him and he needs to continue.”

Laurier played catch up all throughout the game against the Varsity Blues.

They took the lead three minutes into the first period before Laurier tied it up within five minutes. In the second, Toronto would go ahead before Laurier would find their way back, and then Mroczkowski would seal Laurier’s victory with 10 seconds left.

Puhalski said it was important for the Hawks to remain patient in their victory.

“I thought we stayed patient. Didn’t over react or sell out, it was only a one-goal game. We were able to get a shorthanded goal and able to get a power play going at the very end,” said Puhalski.

According to Puhalski, the Hawks need to start fast to remain competitive. The Hawks scored quickly when the next goal was vital — and eventually took the lead with 10 seconds left in regulation.

Seven minutes into the first period, Laurier started to find their footing.

“We started to play a better team game,” he said.

“[We] got ourselves engaged physically and mentally were better focused,” Puhalski continued. “We were coming off not playing for a month so the good thing is we just stayed with it, didn’t panic and stayed with our game.”

After a 6-1 loss against the Mustangs earlier this season, the game on Saturday was a needed rematch. The game remained competitive until the end.

Puhalski said the Hawks played a better game this time around despite giving the Mustangs a better start.

“That game I thought we played a little better, and the second and thirwwwd we were able to control the pace of play a little better. [The] game [against Western] we just came off short,” Puhalski said.

“All and all the effort was there, we just need to get a little better starts.”

The Hawks continue their season at home where they will host the Nipissing Lakers and the Laurentian Voyageurs this weekend.