Gaming is about more than cheap thrills 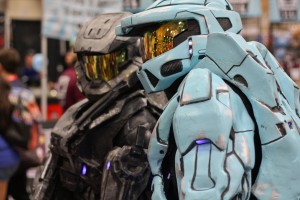 Nerd culture is almost inescapable today. The spread of gaming, precipitated by television and films has come suddenly and shockingly, so it’s worth a little reflection. There’s nothing wrong with the spread of gaming to a larger and more diverse audience.

There was controversy not long ago over Fake Gamer Girls, a rather transparent hissy-fit over the spread of gamer culture to those traditionally excluded. Ultimately, the spread of a culture is natural and organic, and to declare it a museum piece of one’s own is just dishonest. Despite its popularity, there are still a number of problems which persist in the perception and portrayal of gaming in culture.

The most pervasive and most wrong, is that gaming, traditional, video or other, is just entertainment. Roger Ebert wrote a controversial piece in 2005 in which he opined that video games can never be art.

In 2010, he revised his statements somewhat, but the damage was done. Though the response from the Internet masses was fast and furious, Ebert certainly raised some valid points. Video games may not be art, but they’re certainly more than just entertainment. At its core, gaming is about experiencing something. The desire to game is a desire to experience something otherwise unavailable.

Often this is a rather basic experience; that of being an unstoppable soldier, a tactical genius, a hero or a villain. It’s a simple thrill based on the desire to be something greater than an average person, or to be in a different time or place, often radically so.

But the best in gaming goes beyond just being what one is not. In video games, the current fascination is with Spec Ops: The Line.
It’s a subversive game about why the popular gritty shooter genre is really a dirty, nasty thing. Games like Call of Duty and Medal of Honour are deeply problematic, and they tell simple, black and white, often nationalistic, even racialized, stories.

Spec Ops breaks all of that over its knee. The game embraces the genre’s tropes and cranks them as far as possible. The protagonist, fully identified as you, the player, is a savage killer and the game makes it clear that the kind of game, even the kind of worldview, that embraces that is a twisted one indeed.

The line is beautifully crafted, brilliantly designed and a true experience. You come out of the game worn down and tired, almost sick. It’s a superb example of games that are more than just entertainment. It’s a piece of alternative art, video gaming’s Apocalypse Now.

There are other examples, and the list keeps growing. The frankly disturbing Silent Hill 2, the grey and grim Walking Dead, the pure action ride of Half-Life 2, and many others, all show the potential of the gaming medium. There are some truly legendary tales about exceptional gaming experiences, form the emotional to the purely badass.
The ultimate advantage to pen-and-paper gaming is customization. The game runner, whatever his or her title, can build whatever they want, sticking as close to established rules and canon as they and the group desire.

Gaming is not just about passing the time, it’s an experience and a challenge. From video games to Dungeons and Dragons, gaming can force us to use our imaginations in a world that can often seem bland.

It’s a personal experience, but it can also be deeply collective. Playing games and the culture surrounding them can allow us to realize things we never thought possible, consider parts of ourselves and remake the world as we see fit.

For all the elements of nerd culture that have gone ‘mainstream,’ gaming is perhaps the least appreciated.  It’s a universal culture; all people, no matter their era, have had games that can bring people together in truly innovative ways.

Sure, there are plenty of Minecrafters, Call of Duty players and Skyrim fans, but there is always more out there. Above all, we need to give gaming a chance as a real medium. It might not be art, but it’s much more than simple entertainment.
letters@thecord.ca