Is sex worth the risk? 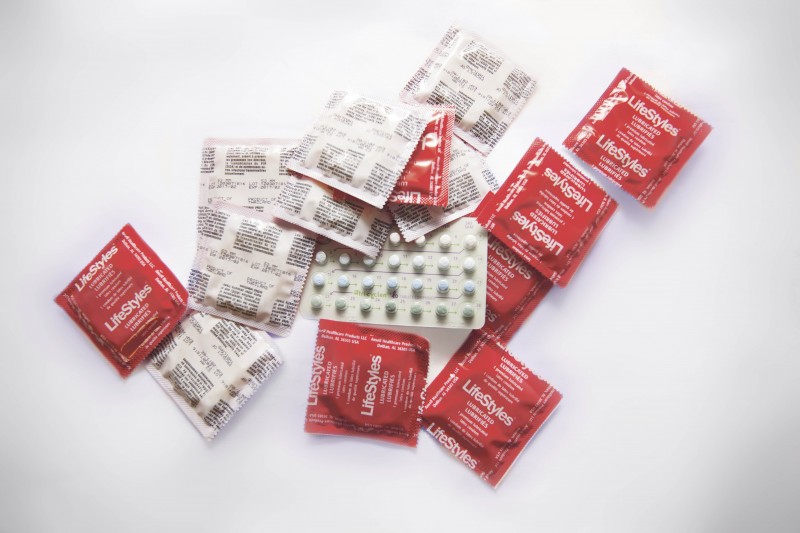 When Alyssa Grant became sexually active in 2010, she opted out of using birth control.

“I did try using the pill, but I never could remember to take it, even when I set an alarm to remind me,” the recent McMaster University graduate said.

“I didn’t like the feeling of condoms and neither did my boyfriend, so I just decided to use the withdrawal method or I’d take Plan B.”

A 2010 report conducted by the Sex Information and Education Council of Canada deduced that nearly 50 per cent of sexually active college and university students were not using any means of protection, including condoms, the birth control pill or diaphragm.

“The biggest risks are that people are not protecting themselves to avoid pregnancy or … STIs,” said Lesley Rintche, the manager of sexual health at the Region of Waterloo Public Health. “People need to remember that there should be some kind of condom negotiation.”

While the report did not include a reason why protection has been neglected, the possibilities involves the cost of birth control being too high, not liking the feel of condoms or a lack of education about how to properly use contraceptives. These reasons lead to someone choosing to not use protection while sexually active.

“They are taking a chance and if they are not prepared to have sex, they should not have sex,” said Jane Koehler, a health educator at Wilfrid Laurier University’s Wellness Centre. “The risk is way too great and there are so many options available now.”

The worst-case scenarios
With the gradual increase of sexually transmitted infections, it remains one of the top concerns for those who have unprotected sex. Numerous STIs, despite popular belief, do not manifest themselves immediately.

“People may be walking around with an STI and not even know it — not all STIs show up immediately, or even within weeks,” Rintche said.

“So if someone is having any unprotected sexual activity, they really do need to come into a public clinic and get a full STI screen done so they are not transmitting infection or damaging organs in your body.”

Chlamydia, which is one of the most commonly reported STIs in Canada, has circulated among youth and adolescents, with nearly 70 per cent of all reported cases occurring within the 15–24 year old age cohort, according to a 2004 report done by the Canadian Federation for Sexual Health. While it can be treated with antibiotics, using condoms can prevent it from initializing.

“Chlamydia and gonorrhea are curable, so people think they can go to the doctors office, take a pill and be rid of it,” Rintche said. “But we need to keep in mind, especially with gonorrhea, there [is] some antimicrobial resistance.”

Other STIs include genital herpes, which will be a continual burden. Once someone is infected by genital herpes, they have outbreaks or recurrences over time, as it remains in the system.

“Its like any virus that you get — its always laying dormant in your system, so when you’re stressed or your body is imbalanced in any way, [they] could surface again and then you face the risk of passing it on to your partner,” Koehler said.

While STIs and pregnancy are the most common risks of unprotected sex, a lack of education towards the misuse of the morning-after pill has led to a number of complications.

Plan B is used to prevent pregnancy after unprotected sex or failure of other forms of birth control, most commonly for condom breakage or missing two or more birth control pills.

It differs from birth control bills, as it is not intended for use as a routine form of birth control due to the strengthened presence of the medicine levonorgestrel, a female hormone that prevents ovulation.

“You’re making your body change its chemistry in order to accommodate not accepting implantation,” Koehler said.

“So as soon as you do that once and you try to do that too frequently, it creates an imbalance in your system.”

Grant found herself frequently using Plan B after sex, believing it would guarantee she would not risk pregnancy.

However when she began to notice her menstrual cycle had stopped coming for two months, Grant went to a doctor to get answers. She received devastating news.

“I didn’t realize how strong the morning-after pill actually was, but it left me completely infertile,” Grant explained. “I wasn’t really educated on how Plan B worked and if I had known that [infertility] could be a possibility, I would have just used the [birth control] pill.”

According to SIECCAN in 2010, 55.5 per cent of Canadian women between the ages of 20 and 29 used the male condom as a contraceptive method, while 58.3 per cent took oral contraceptives and 12 per cent used withdrawal as a preventative measure.

“If someone is going to be sexually active, they should definitely be speaking to a medical provider,” Koehler said.

“And [they should] carry condoms just because with this age group, you want to make sure that you’ve covered your bases so you don’t take on an emotional burden.”

While condoms and the birth control pill are the most recognized forms of protection, other contraceptive options include the transdermal patch, sponge and spermicide and injectable contraceptive.

Both Rintche and Koehler encouraged young adults to try different products to see what method of protection works for their lifestyle and preferences.

“You do have to try different products and see which one is the best for you, for your lifestyle,” Rintche said. “Taking the pill every day might not work with your lifestyle. There are some people who can’t remember to take it. Some people have apps on their phone that tells them to take the pill and people are finding ways around it.”

Young adults are encouraged to speak to a doctor or health care advisor if they have questions regarding birth control or identifying the symptoms of certain STIs.

“We almost have to find out what information people are lacking in,” Rintche said. “Lots of variables come into play and people take responsibility as young adults by looking up reputable sites, going to your family doctor for information.”

Although she has accepted that she will never experience pregnancy, Grant said she looks forward to adopting a child one day. Grant and her current boyfriend use condoms for the prevention of STIs.

“I already made one mistake, I don’t want to make another one.”