Hawks fall under .500 with two losses 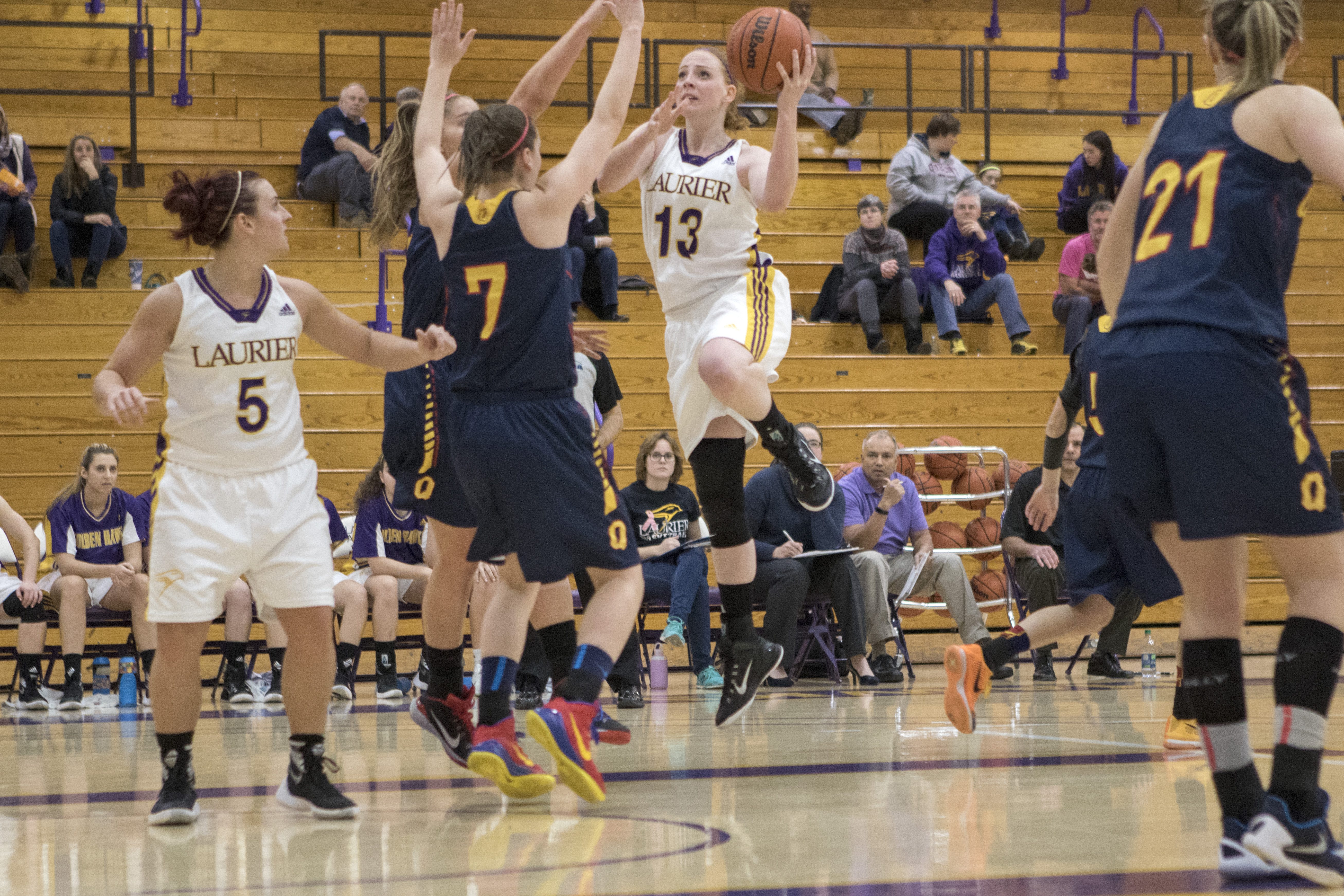 Hawks fall under .500 with two losses | Photo by Andreas Patsiaouros

If the Wilfrid Laurier Golden Hawks were looking to avenge last year’s quarter-final loss against the Queen’s Gaels on Friday night, it wasn’t meant to be. Last year, the Hawks lost to the Gaels in double overtime, putting a premature end to their playoff run. This year, Laurier suffered another loss to the Gaels when they dropped their first contest 64-61 on home court.

Trying to end the 2015 portion of the season on a high note, the Hawks failed to take advantage of a two-game home stand when they lost 77-65 to the lowly York Lions. The two losses drop them to 3-4 on the season heading into the winter break.

The Hawks put forth a spirited effort against Queen’s and almost grinded out the win.

“We competed extremely hard and we didn’t have a great shooting night, but we were right there,” said head coach Paul Falco on the game against Queen’s. “We had a couple chances to pull it out and I thought that effort was really good.”

However that same intensity did not carry forward into Saturday night’s game. The Hawks were dominated down low by York’s Taylor McAlpine, who had 22 points in the paint.

That, combined with a dismal 18-of-76 (23.7 per cent) field goal percentage resulted to a definitive loss at the hands of the worst team in the Ontario University Athletics East division.

Falco tried multiple combinations of players to try to spark some offence, but could never find the right mix.

“Today we were searching for someone who could knock down some shots, because we really struggled from the field. It’s been a long time since I’ve seen us shoot 23 per cent from the floor. So we were trying to find different people and we never really got into an offensive flow,” he said.

Despite York’s place in the standings, the Lions played with a tenacity that outmatched their opponents and according to Falco, played at a pace the Hawks just could not match.

“I think they were a little hungrier than we were to be honest,” he said.

“They played a little more up tempo in terms of their explosiveness attacking the basket and their ability to drive and create odd man attack put a lot of pressure on the back side of our defence. I think you have to give them credit for coming out and playing a good basketball game.”

Third-year guard Nicole Morrison provided a bright spot for Laurier, as she finished with a team-high 22 points on the night. However starting forward Alex Spadaro went down late in the fourth quarter with an apparent injury and sat out the rest of the game.

“She was pretty shaken up,” said Falco. “She’s got a couple weeks now to recover. We have a break now so hopefully she’ll be okay and back at it sooner rather than later.”

Falco would like to see his team come back from the winter break with the edge that has made them successful over the last couple of seasons, so they can begin climbing the standings in the second half of the campaign.

“We have to find a way to learn from it. Some tough losses can be good if you learn from your mistakes. We have some time to review it and see what we have to do to be better next time out,” he said.

The Hawks will be back from the break Wednesday, January 13 for their next regular season game against the Brock Badgers at 6 p.m. at the Athletic Complex.

the Brock Badgers at the Athletic Complex at 6 p.m.