Women’s basketball star centre Whitney Ellenor is ready to lead her team in 2014 just a year after claiming bronze. 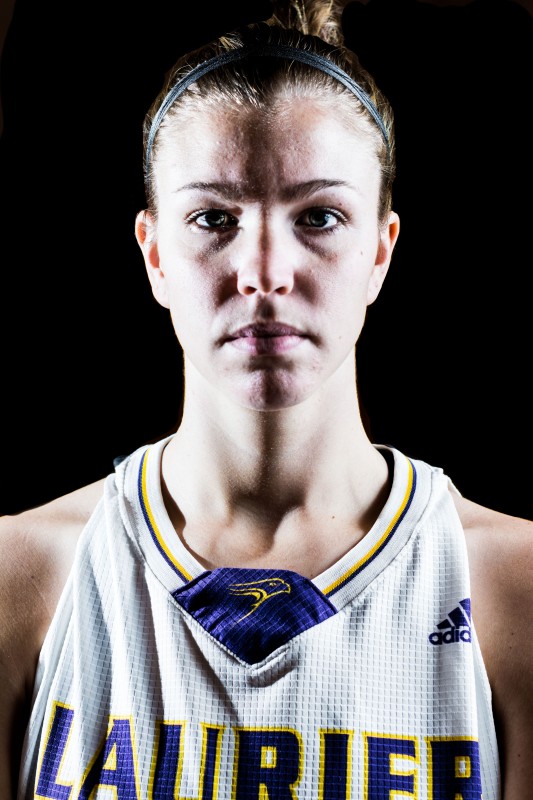 Whitney Ellenor is a player who believes in pushing through obstacles and persevering at all costs.

In October of last season, the fifth-year women’s basketball centre injured her ankle and took some time off for recovery. Her comeback led to being named the “all-star MVP,” with 34 points throughout last season’s Concordia Tournament.

Last weekend, in an exhibition game in Sudbury, Ellenor faced another injury on her knee.

“I was just running up on offence and I kind of got tripped and when I landed my knee twisted funny,” she said. “A couple days off of rest should make me good to go for next weekend.”

Ellenor went on to explain her motivation to persevere, despite obstructions such as injuries.

“I love playing basketball. I want to play as long as I can and as much as I can. This is my last year and I knew I wanted to finish up my eligibility. And, of course, my teammates were another motivation to come back,” she said.

Coach Paul Falco commented on how the team is looking going in to the season..

“We’re looking good. We had some ups and downs [in pre-season], we had some really good games and we had some where we struggled. We hope that we learned some lessons along the way about our strengths and weaknesses, and we’re looking forward to getting things started with our real games.”

Ellenor has high expectations for this season, coming in after losing some veteran talent a year ago.

“We have a younger team this year so there’s going to be a lot of development throughout the year,” she said.

“A lot of our younger players are learning from our veteran players. We’ve got a good group of returners that have been here for three or four years, so there’s a lot that the younger girls can learn from them. We’re learning to play and work as team better.”

As a veteran herself, Ellenor explained some of her motivational techniques for the new girls coming in. She is looking to emerge as one of the team’s leaders and guide the way for her teammates this season.

“One of the biggest things I talked about with coach and some of the other leaders on the team, is leading by example and just working hard both on and off the court, in both practice and game, thinking positive. That’s kind of a way to show the younger players how Laurier basketball is and how we work as a team.”

Ellenor refused to take all of the credit in terms of assuming the leadership role this year.  She was adamant that fourth-year Courtney Bruce is another player who helps keep the players motivated.

“She’s one of the most positive players we have on the team. She works extremely hard in both practice and game. She’ll hit the floor multiple times and always keeps going. I think that’s something that a lot of the younger players can also look up to and learn from,” she said.

With Ellenor at the helm, Falco is optimistic about the team’s ability, but is hesitant to make any predictions before the season gets underway.

“It’s a little bit tough to say how we’re going to do. We haven’t seen all the teams in our conference. But we have a competitive team. We are going to improve and get better and everyone on the roster will be stepping up their game,” he said.

The team’s first regular season game this Friday at 6 p.m. at the Athletic Complex.