Laurier and the death of art expression 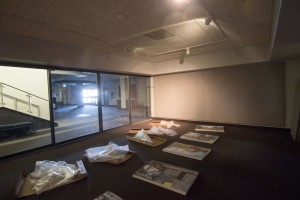 Art is dying. It’s on life support and not likely to pull through.

By now most Wilfrid Laurier University students have no idea fine arts were once offered here. Not only that, but the last students of the program graduated in 2007; this was not a program that is far in Laurier’s past.

Laurier’s Centre for Cold Regions and Water Science on Lodge Street now stands where the fine arts building once did. Science has quite literally replaced art.

I could write thousands of words on Laurier’s lack of investment in the arts, but I’ll keep it simple.

Art needs to have a place at university. Without it, a university cannot hope to be a well-rounded institution. In some ways it is understandable many universities across the province have needed to specify their interests and condense their programs, but it also goes against the idea of university as an institution.

Students leave university with a degree in one or two subjects, but they should also leave with a well-rounded education; one that teaches them about art, languages, history, economics, philosophy and so on. Obviously we can’t expect people to take such a wide variety of courses, but the point is that students should gain knowledge on many subjects. If they wanted a more practical and specific education they would go to college.

To completely rid a campus of art is a disservice to students, especially those who perhaps didn’t pursue art as their major. Obviously nothing can be done now as the elimination of fine arts was decided upon years ago, but something needs to be done about the current state at Laurier.

The Robert Langen Gallery — yes, we have an art gallery on campus — remains one of the only places on campus where you can see art. The problem, though, is it is rarely open. It’s not even open in the summer and the hours throughout the school year are sporadic. It’s also incredibly small in comparison to other art galleries.

The recent Integrated Planning and Resource Management process that was conducted indicated to minimize or eliminate the gallery. Which I can understand; it’s a rarely-used space on campus that is costing money with little benefit to the school. But rather than being angry at the fact that it will likely get shut down, I am more angry over the fact that it has gotten to this point.

Students aren’t engaged with art anymore, but the artistic climate at the university is pretty dismal and doesn’t give students any art to interact with — it’s a chicken-egg situation that doesn’t seem to have a solution.

Luckily, students who crave an artistic outlet find a way. Various clubs and organizations on campus offer ways for students to create art while completing their degrees.

But art shouldn’t only serve those who create it; it should serve the average person — in Laurier’s case the average student.

When did art stop being important? When did universities decide that it doesn’t need to be a part of their students’ curriculum?

The Centre for Cold Regions and Water Science replacing the fine arts building is pretty symbolic. It represents Laurier’s shift away from the arts and the complete apathy towards art in post-secondary education. The likely closure of the gallery on campus is just as symbolic. There is no way to justify time, funding or space for art on campus because it seemingly reaps little reward.

As the academic climate at universities shift to focus on sciences and business, we must come to a realization: the long-running culture of art education at university is ending. Art is dead with little hope of resuscitation.