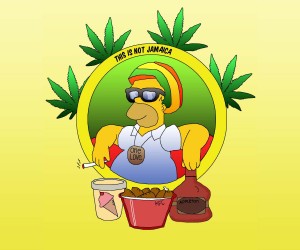 I’m not one to ever mince words so I’m going to get straight to the point. People who claim that political correctness has run amok are basically saying, “I don’t like checking my privilege. I don’t like taking others and their feelings into consideration.”

In regards to the cancelled “Jamaican Me Crazy” event, it was offensive. Between the colonial language, the call for costumes in an “island theme” and the minstrel-esque representation of Jamaica, I was already taking issue with the impact this would leave on campus.         When criticisms were raised on the Facebook event, the response was to report the person who challenged the event. The new Facebook event declared: “Apparently people can’t have a good time anymore. There always needs to be that one bad apple.”

This was never about an inability to have a good time. This was about a problematic event that could have been easily resolved if certain parties were willing to listen — even the subsequent name change to “Pikes of the Caribbean” brought discomfort to some students. Of course, the event was shut down so I assumed there would be no more talk of it.

However, when I later discussed the event with some friends, one of them sighed and echoed a sentiment often expressed by my own family, “Why does it always have to be Jamaica?”

Considering it’s not even the largest country in the Caribbean Sea, that is a valid question — why is it always Jamaica? Why does Jamaica always have to be the Caribbean sacrifice offered up for Western consumption?

A while back, a YouTube video of Rob Ford cursing in Jamaican patois surfaced and immediately bell hooks’ concept of “eating the other” came to mind.

While hooks cited the example of white males taking on the hip-hop styles and behaviours of black males living in the projects, the behavior of Ford and the event created by the brothers of Pi Kappa Alpha run parallel.

Since Canadian culture isn’t seen as “exotic” or particularly trendy, it’s much more fun to pick and choose at the random stereotypes of another culture that can be thrown on and then subsequently tossed away without considering who is affected.

I understand why Jamaica pushes so hard to promote itself as the perfect tourist destination. Tourism makes up a huge portion of the economy and our culture is all that is left to sell thanks to colonial powers, which paid out European slave owners during the abolishment of slavery and continued to block the Caribbean from participating in industrialization and the global economy.

Just over 150 years later, 14 Caribbean countries (including Jamaica) are finally seeking reparations from Britain, France, Holland and other European powers for the exploitation and abuse that allowed these countries to prosper while the Caribbean is still trying to catch up.

And what reparations has Pi Kappa Alpha taken? Have they worked with the Diversity and Equity Office? Have they gone in to speak with the Association of Black Students? Have they taken any steps to think about what had been done and apologize to those who were rightfully offended?

No, instead a patronizing article is written, which at its core is not about fighting intolerance or promoting equality. It’s about misplaced entitlement to a culture that they felt could be used for profit.

The citing of Wolfgang Puck and other businesses doing the exact same thing is weak justification, similar to a child begging his mom to extend his curfew because his friends are allowed to stay outside longer. I never thought I would have to be telling a group of young adults that just because other people do it, does not make it right.

I don’t speak for all of Jamaica and neither do the Jamaican students at this campus. However, our criticisms are valid for the simple reason that the only ones who get hurt from this gross stereotyping of our culture is us.

Intent is not the same as impact. When I, and other Jamaicans living in the Caribbean diaspora, have to watch people constantly make caricatures of our identity, be it the weed-smoking Rasta or the brown-skinned Dancehall Queen, under the guise of “fun,” it is evident that our voices only matter when we agree with those who have decided what our culture should mean.

This all could have been resolved with an open conversation and a willingness to respect each other. However, if I’m going to be blamed for being “hyper-sensitive” about the portrayal of my own people, then any attempt at collective development has already been impeded.