Waterloo City Council recently approved 24 million dollars to be put towards a 10-year long-term streetscape plan in the Northdale neighbourhood.

With the vast development occurring around the Northdale area, the need for further capacity and updated infrastructure is necessary, explained Waterloo councillor, Jeff Henry.

“We get to take a 1950 suburban plan and imagine what the 21st century, vibrant, intense neighbourhood could look like in terms of livelier streets, greater access to green space, more space for trees and an enhanced ability for pedestrians and cyclists to get around,” he said.

The council’s plan is to turn many streets in the Northdale area into much more than streets— they hope to have spaces amongst these streets that can be used for intermingling.

“The streetscape is about the public space between private buildings … your sidewalks, boulevard space, roads, sidewalks and really imagining that cross section,” said Henry.

According to The Record, Spruce Street was also rated the highest priority along with Hickory Street located between Spruce and King Street.

Specifically, Hickory Street will undergo a large change. The street will incorporate a new multi-use trail for cyclists, more space for trees and less space for cars.

“The suburban style has its setbacks and a lot of its space is given over to cars,” said Henry.

“We want to give that space over to people who are walking and biking.” 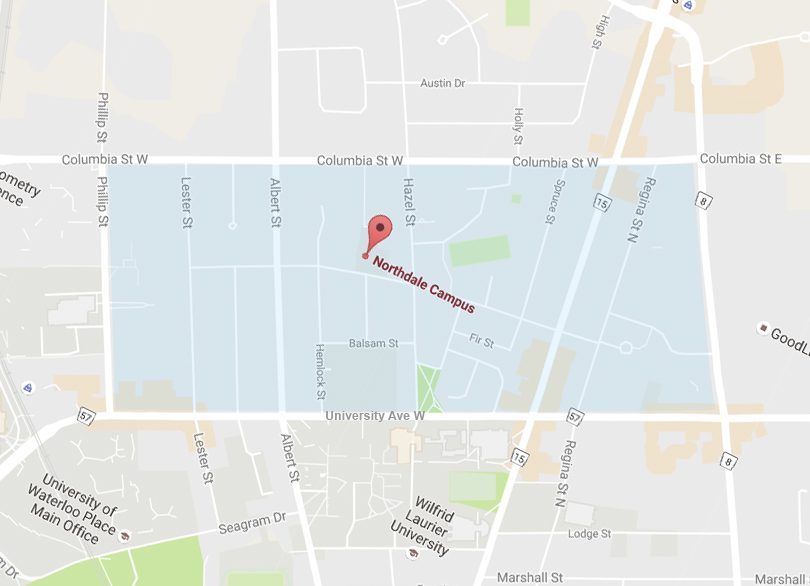 The council hopes this renovation of Hickory Street will allow for a safer and more welcoming atmosphere for pedestrians.

With less space for cars, the street can become a calm, interesting area where individuals may choose to stay, linger, eat lunch and study.

With a far less car dominated space and a more pedestrian dominated space, Henry said the Council has created a space that he feels more accurately describes a 21st century neighbourhood that is vibrant and lively.

In the future, plans will continue to be thought of and discussed for the Waterloo Collegiate Institute and Wilfrid Laurier University owned properties.

This space could essentially turn into a community hub in terms of activity stations, a new school, etc. This development is not included in the Northdale Streetscape budget.

The Streetscape plan is set to begin within the next year, with the first section of Hickory Street being completed by end of 2017 if construction goes as planned, as per the comprehensive study on the Northdale neighbourhood that was completed to gain a broad picture of each street.

“Certainly Laurier students are a huge part of the Northdale community and they’re among the major users that we hope can benefit from this,”  said Henry.

“We also hope that it becomes a neighbourhood where a wider cross-section of people will want to come to, this is a component of it.”