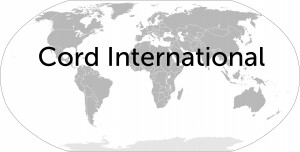 Everyone hails that we live in a modern, civilized society; but do we? Early in the morning of July 20, reports began to trickle in regarding a mass shooting late last night that occurred during the premiere of Batman: The Dark Knight Rises in Aurora, Colorado. So far, 12 victims have been declared dead, and up to 40 injured. The youngest victim was only 3 months old. The gunman has been identified as 24-year-old James Holmes.

More information can be read here, here and here.

No one understand why such an atrocity was able to occur, and apparently no one remembers other mass shootings that have been able to occur due to the gun laws in America. Remember watching Bowling for Columbine? Remember when Michael Moore walked into all those gun stores and was told he could make a purchase right there? Yes, that was years ago, but things haven’t really changed much. The gunman that morning in Aurora actually purchased all of his weapons legally from sport stores (article above). If you want, you read can American firearm legislation here.

Compared to other countries, America’s gun laws are quite passive. In Australia, for example, citizens are prohibited to own any form of firearm, with the exception of licensed hunting and employment. Citizens in China can face the death penalty for owning a firearm without a proper (and extremely difficult to acquire) licence.

So, as terrible as the shooting this morning was, and as terrible as this sounds, I’m not completely flabbergasted that this unfortunate event occurred. In fact, the only reason it is getting so much attention is because it was a mass shooting. If 12 people were killed over a series of multiple days, I highly doubt it would be getting as much attention. Don’t believe me? Let’s take a look at Chicago.

I’m not trying to say that the shooting last week wasn’t a big deal, because it was. None of those lives should have been taken, and it was horrendous.

I’m only trying to make people aware of atrocities that are occurring across America as a whole. People need to stop and realize that terrible things don’t just happen all at once in one isolated area. Innocent people are losing their lives every day, and if these problems are going to get fixed, they all need to receive equal attention. So continue to mourn the events of last night, but don’t ignore other issues. And don’t think this is a problem only in America, because it is affecting countries all around the world, including Canada.