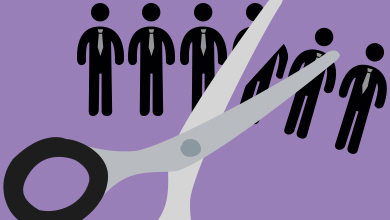 The office of the vice-president: finance and administration issued a statement on February 23 that outlined upcoming changes for next year’s operating budget. These changes were made based on rising expenses that contribute to the university’s structural deficit.

The statement added how the university is searching for new sources of revenue. There will also be a shift in budgeting systems and the responsibility centre management budget process will be implemented in 2017/2018.

Jim Butler, vice-president of finance and administration, said the implementation of the new budget does not focus on an “overall cut,” but rather reallocation of funding taken from “less high-priority activities.”

These activities are on a tentative list and will be under review before the budget is presented to the board of governors for approval.

“What this budget does is it works … into a particular envelope and we’re moving dollars around the envelope. Less of some, more of another. So it’s a reallocation rather than an overall cut,” he said.

“It’s not like we’ve got a dollar and we’re reducing it to 90 cents. We’re still working with a dollar — we’re just going to move parts around within that envelope. It’s still valued at a dollar.”

On February 5, president Blouw said that “there may be additional layoffs this year” at a Wilfrid Laurier University Students’ Union board of directors meeting due to budget constraints.

Except for the statement released, no additional comments were added or discussed regarding this topic.

According to Butler, no concrete statements can be said as the budget is still under development and will have to go through approval.

In terms of another statement made by president Blouw saying that expenses are “out of control,” Butler said the university is continuously dealing with structural differences.

Certain traditional sources of revenue are no longer feasible, such as enrolment growth and funding from underspending, where money from previous years’ surplus was used to “fill the gap” for the following year.

With an overall flat enrolment in the province, Butler said “that game has ended.” While the university has been operating on a structural deficit for years, this was due to a growth factor that is steadily declining.

“So going forward we have a budget challenge. This was forecasted a couple of years ago — this is not a surprise. We’ve been managing this for the last three to four years and it did result in layoffs last year, but it also resulted in job creation [last year],” Butler said.

“We’re hoping to manage it again in a responsible way going forward.”

The budget will go through a number of discussions with the finance and adjustment committees and will be finalized for the board around April or May. The board traditionally approves the budget in its June meeting.