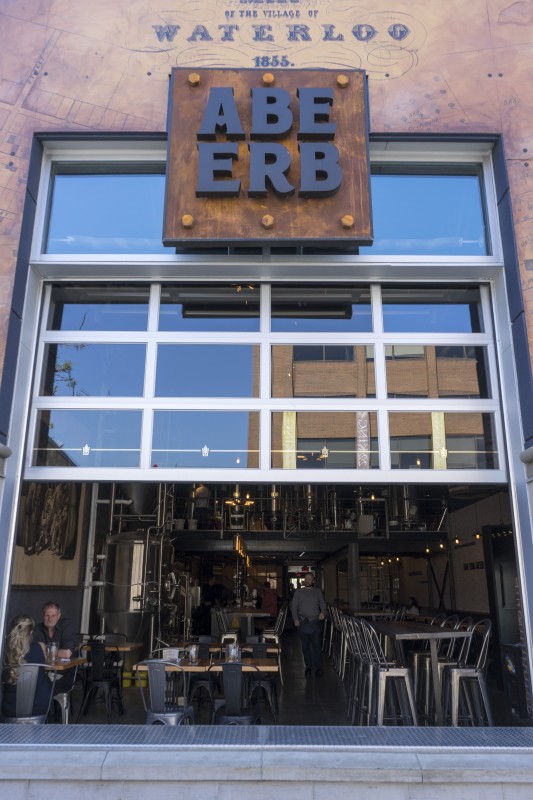 A battle of the best ale occured May 5 between four prominent brewers within the Kitchener-Waterloo and Cambridge area.

The objective was simple: to create a unique brew that would appeal to their audience.

“It was actually my idea, we used to do them all the time in Britain. I thought it would be cool if we did one here,” said Innocente.

The event consisted of a blind taste test of the four brews from the respective breweries.

Decisions about what style of beer and ingredients used were made by the participants before the event, to which they all decided to go with brown ale.

The beer was served blindly at the day of the event, meaning the brewers themselves had no idea which beer belonged to whom.

Each beer was served between 20-minute intervals in order for everyone to enjoy their drink and take notes.

The event was not based on technicalities — there was no set guideline. The audience simply voted on which ale they thought was the best.

Robert Cundari, brewer at Abe Erb, said he understands the importance of finding a balance between what a brewer enjoys and also catering to the audience.

“It was really just personal preference, and you just voted for what you liked. Being a brewery, you have to go with what people enjoy rather than what you want to enjoy — you have an audience,” Cundari explained.

Much of the audience enjoyed Abe Erb’s brew, as it won by eight votes over Innocente Brewing Company.

Cundari said Abe Erb tried to achieve a toffee flavour using a combination of hops that the audience enjoyed.

Innocente came second, using a small sample of hops that were new to the market.

Initially, Innocente was not sure of how the brew was going to taste or the audience’s reception, but coming second assured its popularity.

Both participants agreed the event was a success. The 150 available tickets to the event sold out in 45 minutes.

Cundari said there will be other events with other breweries that may be able to accommodate more people or those who missed out.

“As I was walking through the crowd, I was asking people about it and everyone loved the event. Most of the people that I had spoken to haven’t been here [Abe Erb] before,” said Cundari.

“They just knew and came to the event. This town is right for this type of stuff.”

With a sold out event, Innocente hopes to host the next battle at a bigger venue. He hopes to host this type of event once or twice a year and to have more people involved in raising money for charity.

It is also a good chance to get to know other brewers in the industry as well as others who simply just enjoy beer.

Giancarlo Todon, brewer at Abe Erb, said Kitchener-Waterloo is the perfect area as it brews “some of the best beer in the province.”

“This couldn’t be a better area to be in, in the province. [To] know your money’s staying in the neighbourhood [and] supporting local jobs,” said Todon.