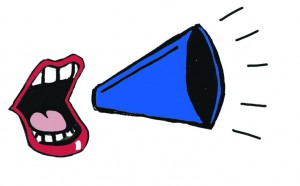 In fact, Seinfeld makes me want to yank my eyes, ears and sense of humour right out of my body and incinerate them.  Jerry Seinfeld is an offensively unfunny comedian, who has told the same unfunny jokes for decades. By some miracle he starred in a show for ten torturously unfunny seasons. And yes, I know he is rich, which means he must be funny. But he isn’t and his wealth upsets me almost as much as the opening stand-up routine before a Seinfeld episode. You’d think a man who made his hundreds of millions of dollars as a fraud would give back somehow to say, “Hey you know what, sorry for tricking all you suckers for all these years. Here you go.” But nope, instead he uses his roughly $800 million wealth to collect hundreds of cars while getting even richer through syndication of his awful TV show.

Anyway, enough about the man, let’s get back to the show. People always tell me, “Man it’s hilarious. It was on for ten years and millions of people liked it. How can you say it’s bad?” Well, for starters it is not hilarious. And just because people watch it does not make a show good.

The argument that Seinfeld is good because millions of people watched it has one major flaw; people are fucking stupid.  If we can invent and purchase snuggies, drop nuclear bombs, make the Kardashians famous, kill off entire species, take part in two World Wars0 and allow over a billion people to go hungry each day while at the same time eating ourselves to death in record numbers, is it not conceivable that a large group of people could like a shitty TV show?

Exhibit A: Big Brother has been on for 15 seasons. Please reason with me here. Choose your favourite Seinfeld moments, one of which will surely be the horrible Soup Nazi episode, and look deep into your heart and soul. Re-examine these scenes and see if they are funny. And when you find out that you were fooled, that you were wrong all along, don’t feel bad. Just turn it off, move onto another show and forget Seinfeld ever existed. If Seinfeld is on TV, turn the channel in anger at how the show made you betray your typically astute sense of humour. We all make mistakes. But that does not mean we have to keep making them for ten seasons and 180 episodes. Seinfeld robbed you of your time and attention and got rich while doing so. It’s time to stand up, remote held high and yell, FUCK YOU JERRY. We’re on to you. We didn’t want your soup anyways, it tastes like shit.