WLUFA negotiations with the university continue 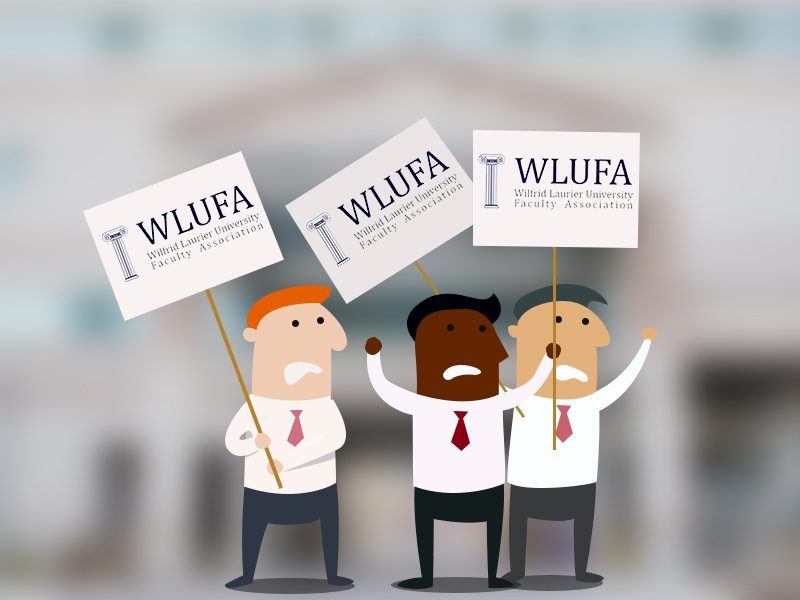 The Wilfrid Laurier University Faculty Association is in the midst of negotiating a collective agreement with the university, which began on May 16. Since then, the two bargaining teams have met approximately 20 times and last met on Oct. 28. Both parties are scheduled to meet again on Thursday.

Michele Kramer, president of WLUFA, explained how it is up to the association to negotiate the collective agreements for all faculty staff at Laurier and to make sure the agreements are upheld.

WLUFA is divided into two bargaining units: tenured faculty, which is the fulltime faculty, and the unit that represents contract faculty. This year, WLUFA is negotiating the contract faculty agreement.

“It’s up to WLUFA to make sure that the collective agreement gets followed and so that’s why we have to check on things like the number of faculty that gets hired is at the right level, [and] that the right balance between contract faculty and full-time faculty are maintained [sic],” said Kramer.

WLUFA currently has three main priorities for contract faculty, which they believe have been left inadequately unaddressed: compensation, job security and access to benefits.

According to Kramer, contract faculty has had one of the lowest percentage in wage increases since 2008 of all employee groups on the Laurier Waterloo campus.

WLUFA has proposed an adjustment amount to rectify this issue, yet an employer from the university proposed an increase, which is equal to the current rate of inflation — a net gain of 0 per cent.

As for job security, WLUFA proposed a continuing instructor position, which was rejected, as well as improvements to current standing appointments and year-ahead contracts that would allow contract faculty to know if they will be employed a year in advance.

“I’ve been [teaching] for close to 20 years and every year, when we finish our term in April, I don’t know if I’m going to be back in September,” said Kramer.

“We have a whole segment of our membership who [are] like me. This is what they do full-time, all the time, every year and for that group of people being able to be told ‘I guarantee you in September. You will have four courses to teach,’ would be a huge thing.”

WLUFA also expressed concerns that the push to make doctoral students responsible for teaching their own courses after only two years may jeopardize the students’ ability to complete their doctoral degrees.

Kevin Crowley, Laurier’s director of communication and public affairs, explained that teaching in the classroom is an important experience for graduate students.

The university also hopes to increase the number of courses which students can teach.

“It’s not a huge amount but we’d like to bump it up to give our grad students more opportunities to teach,” said Crowley.

“[Teaching] helps them build their experience, their resume and so on. It’s important for the entire grad student experience to have time teaching in a classroom.”

Currently, the number of teaching opportunities available to graduate students is limited to 44 per year in the CAS collective agreement.

Kramer emphasized the ongoing problem for WLUFA to negotiate for access benefits, as there are very few insurance companies who deal with employees that are at the university for less than a year.

However, most contract faculty are hired on a term-to-term basis.

“We know there are ways for our contract faculty to get access to benefits so long as they’re willing to pay out of their pocket for them and it’s not going to cost the university anything and so that’s what we’re attempting to pursue this time around,” she said.

On Monday, the university announced that they have filed for conciliation with WLUFA. According to the Ministry of Labour, conciliation is a process by which a trade union can ask the Ministry for help in resolving their differences so they can reach a collective agreement.

If the parties are in the midst of negotiations, they must use the government’s conciliation services before they can authorize a strike or a lock-out.

At the end of October, WLUFA members voted 95 per cent in favour of authorizing the committee to call a strike, should it become necessary.

It was originally believed there would be no interruption to teaching if a strike would occur.

However, Kramer explained that there may be a chance of interruption, as it is dependent on when a conciliator is appointed and when conciliation is scheduled.

“In a very worst case scenario, if [the conciliation] hurry’s on in the quickest possible timeline, it could mean that the contract faculty could be on strike or they could be locked out by their employer before the last day of classes of this term,” said Kramer.

As said on the official Laurier website, in order to authorize a strike position, employees from the bargaining unit must vote in favour of a strike and all parties must have participated in a conciliation.

During this time, WLUFA or the university can ask the Minister of Labour to issue a “No Board Report,” and the 17th calendar day after the report is issued becomes a “strike deadline” date, in which the union or university are in a strike or lockout position.

Currently, both parties have not requested a No Board Report.

According to Crowley, the university is hopeful that the two sides will come to an agreement without any labour disruption.

He emphasized that it is also too early to be talking about a strike or lockout.

“Just about every set of negotiations at Laurier come down to conciliation and we get everything done without any labour disruptions, so we’re still quite hopeful for that,” said Crowley.

However, if the union chooses to authorize a strike, Crowley explained that the university is committed to ensuring students will be able to continue their studies.

Crowley also noted that the university values the contribution contract faculty provide to Laurier and the student body.

“We are trying to negotiate a fair and equitable contract, but we have to be good stewards of the university finances and so any agreement that we reach has to align with student needs, it has to align with market standards, what’s happening elsewhere and it also has to align financial realities,” he said.

While the conciliation takes place, Kramer encourages students to ask questions to their professors or to members of WLUFA about the negotiations and what this could mean for their university career.

“One of the things we really don’t want is for students to be unnecessarily panicked about something that doesn’t necessarily mean panic,” she said. “At least not yet and it might never need panic.”