“There’s going to be significant impacts as the temperatures warm up because ice turns to water and water doesn’t stay put for too long.” 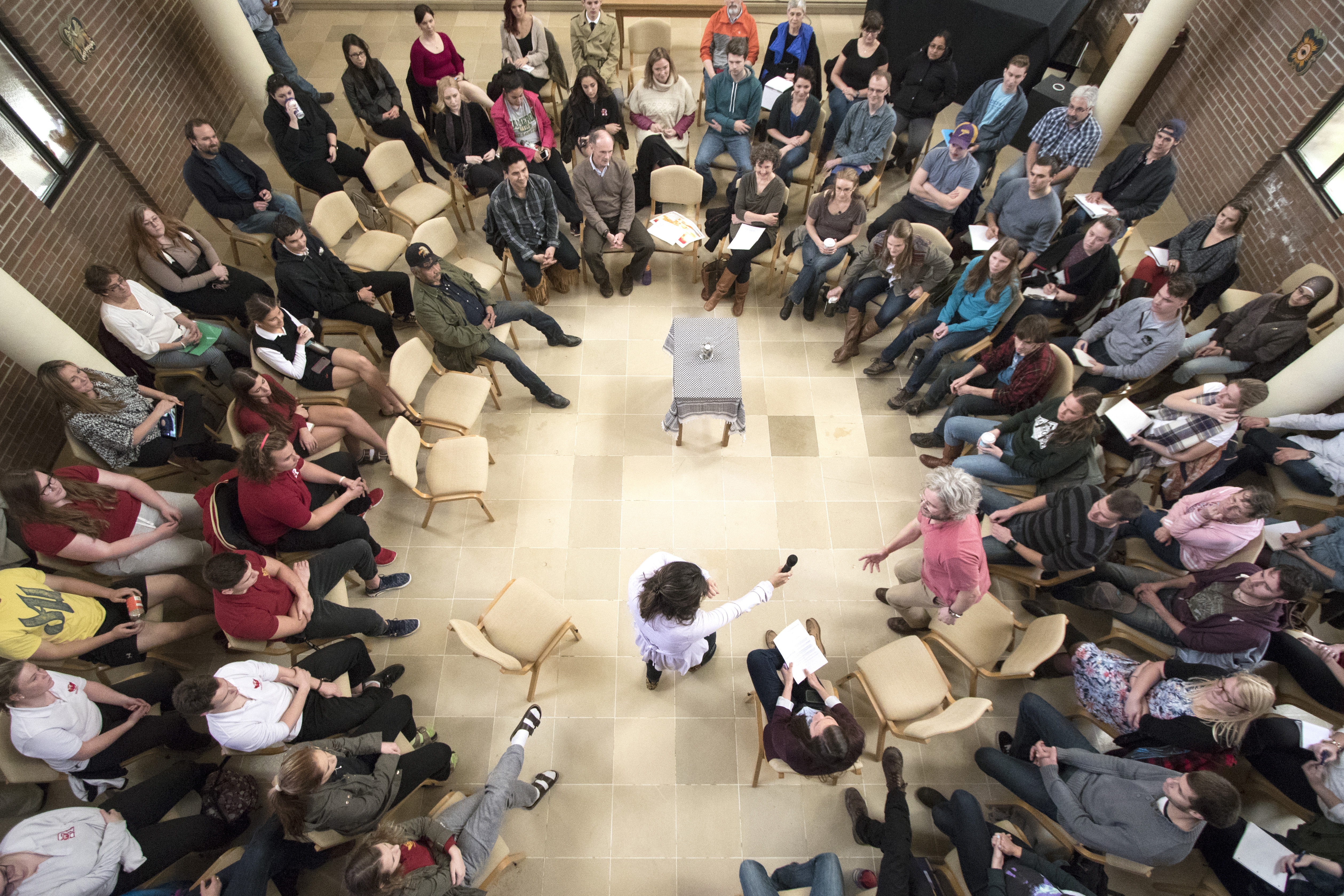 On Thursday, November 19, the Cold Regions Research Centre co-hosted and co-sponsored their Climate Warming and Aboriginal Communities in Northern Canada: Uncertain Futures panel, along with the Office of Aboriginal Initiatives at the Waterloo Lutheran Seminary Chapel.

The discussion explored the impact of climate change on aboriginal communities and was open to all students, staff and faculty at Wilfrid Laurier University.

Climate change in the Northwest Territories has made a major impact on the environment and ecosystem. Wildlife and vegetation is declining in numbers and forest fires have been on the rise.

The panel featured Mike English, professor and chair of the department of geography and environmental studies, and Alison Blay-Palmer, associate professor and Centre for International Governance Innovation chair of Sustainable Food Systems.

For 15 minutes, panelists were able to touch on topics of climate change, community and their experiences in the Northwest Territories. They later took questions from the audience, consisting of students, faculty and staff, as well as individuals from the Waterloo community.

During the panel, English disclosed information on the changing atmosphere dynamics in the north, which is increasingly resulting in a warmer climate system in environments where snow and ice are present for a large part of the year.

Holman also emphasized traditional knowledge of climate change to give the audience an idea of how it is exactly affecting the north.

“[Climate change] is affecting the land and the surface waters, quality of the surface water, but also vegetation succession and almost just about everything else, so this change is ubiquitous, there isn’t anything that isn’t affected,” English explained.

“There’s going to be significant impacts as the temperatures warm up because ice turns to water and water doesn’t stay put for too long.”

Along with the panel, Laurier is also in a 10-year partnership agreement with the Northwest Territories provincial government, which hopes to engage northern communities with the university’s research experts to aid in building the capacity to tackle climate change.