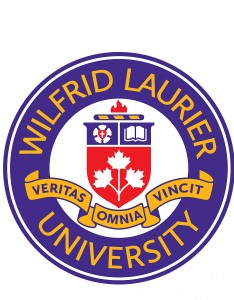 After returning from the winter break, some first-year students living in Waterloo College Hall (WCH) had a rude awakening. Upon moving back into their rooms, some noticed that some personal items, as well as furniture from their lounge, had been stolen.

The reports of stolen items began trickling in Sunday afternoon after the students began moving back in and were quickly directed to Special Constable Services. Special Constables, however, declined to make a comment to The Cord.

In an e-mail to The Cord, Kevin Crowley, the director of communications and public affairs at Laurier, explained that the school is aware of the thefts and is working towards resolving the issue.

However, in his e-mail he explained that because “the thefts are the subject of a police investigation, that’s about all we can say at the moment.”

Sheldon Pereira, manager: residence life at WLU, was able to give more insight regarding the incident.

He explained that the majority of reports were for small, personal items, and the Residence Life Dons directed their students to Special Constables.

For the time being, however, some students of WCH feel uncomfortable within their residence, and want the school to do more with regards to student safety.

Bethany Bowles, a first-year living in WCH, expressed how she now feels at risk within her living arrangement.

“I was expecting some sort of security [before moving in] but we don’t have that whatsoever,” she said.

“There’s the odd Special Constable that drives by, but they’re not really protecting you in your building.”

She also explained that upon returning back to residence, the other students on her floor discovered that both couches from their lounge, along with a flat-screen television brought in by a fellow student, had been stolen.

“[That] would have meant they would have had to have a truck out front or some sort of large vehicle to put the couches in, which is really strange,” she continued.

However, the most suspicious aspect of the event, according to Bowles, was that the students who had items taken from their rooms didn’t immediately suspect anything, because when they returned their doors were still locked.

“So [we] think the person that broke in has a master key,” she said. “They just tell us to lock our doors, but if they [people breaking in] have a master key, then what good is that?”

Pereira also explained that as of now, the Residence Life staff has not implemented any further security measures, and will not do so until they know the full extent of the event.

“I don’t know exactly how these thefts happened or the methodology that was used in facilitating them, what I can say is that students at Waterloo College Hall have swipe access to the building to get them in to the first set of doors, a key to their bedroom, a key to the lounge and a key to their mailbox,” said Pereira.

“So a non-criminal would be able to get into the building by using their card and then using their key.”

“We’re pretty confident in the level and degree of safety and security that we offer to our first-year residences, because we feel a sense of accountability to them to make sure they are safe and comfortable as well,” he concluded.