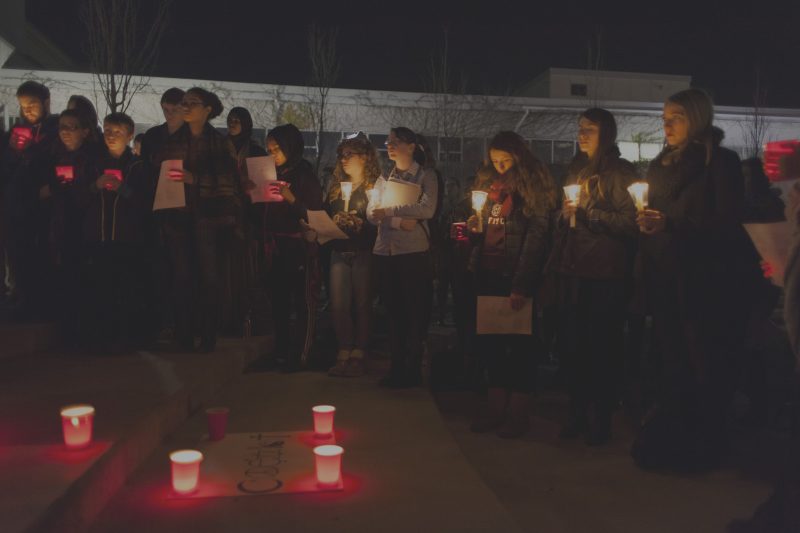 On November 16, Wilfrid Laurier University held a candlelight vigil at the quad to honour the lives lost in recent attacks and acts of warfare in Paris, Baghdad and Beirut.

President of Laurier Max Blouw, Students’ Union president Olivia Matthews, the president of the Graduate Students’ Association, Ian Muller, other members of administration and exchange students from France spoke and offered spiritual reflections at the vigil.

One of the exchange students said: “We are not afraid. We are Paris. We are one.”

While another teary-eyed student added: “Tonight we are Paris. But we are also Baghdad, Beirut, Iraq.”

Blouw and Matthews echoed the same statement, indicating that the institution is available for support in this time of need.

Laurier is currently hosting over 42 exchange students from France while 42 Laurier students are studying at corresponding partner institutions.

“It’s difficult to understand how we can live in a world that has so much compassion and humanity, but that also has so much hate and misunderstanding. We are hoping that in this time of tragedy that we can lean on one another and that it brings us closer together; both in terms of our countries but of course in terms of our campus,” said Matthews in the Students’ Union’s statement.

We push back on fear… 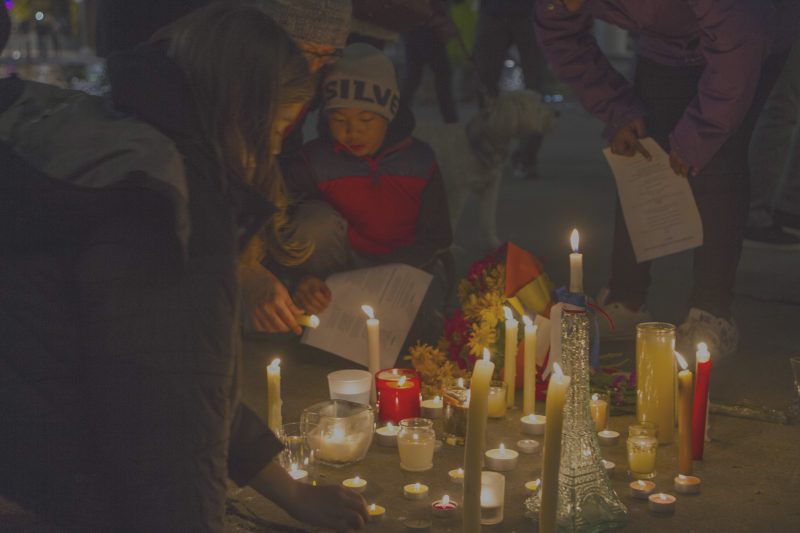 The cities of Kitchener and Waterloo joined together on November 14 at Kitchener City Hall and hosted a candlelight vigil in light of recent attacks around the world.

Reflections were made by Zainab Ramahi, co-ordinator of Muslim social services, and Reverend Canon Christoper Pratt.

Ramahi underlined the importance of inclusion in her speech, saying similar tragedies in all over the globe should not be overlooked and all tragedies in which lives were lost are equally as important.

Police Chief Larkin says that there is power in diversity. Referring to the attack on a Mosque in Peterborough, he states it is important to recognize that “we must continue to practice inclusion.”

After a moment of silence, the vigil concluded with the crowd singing “Imagine” by John Lennon.

In addition to the candlelight vigil, flags at Kitchener City Hall were lowered to commemorate this past week’s tragic deaths.