Space made for holistic health

Students will no longer have to search for health resources on Wilfrid Laurier University’s campus, following the grand opening of the new Wellness Centre last week. 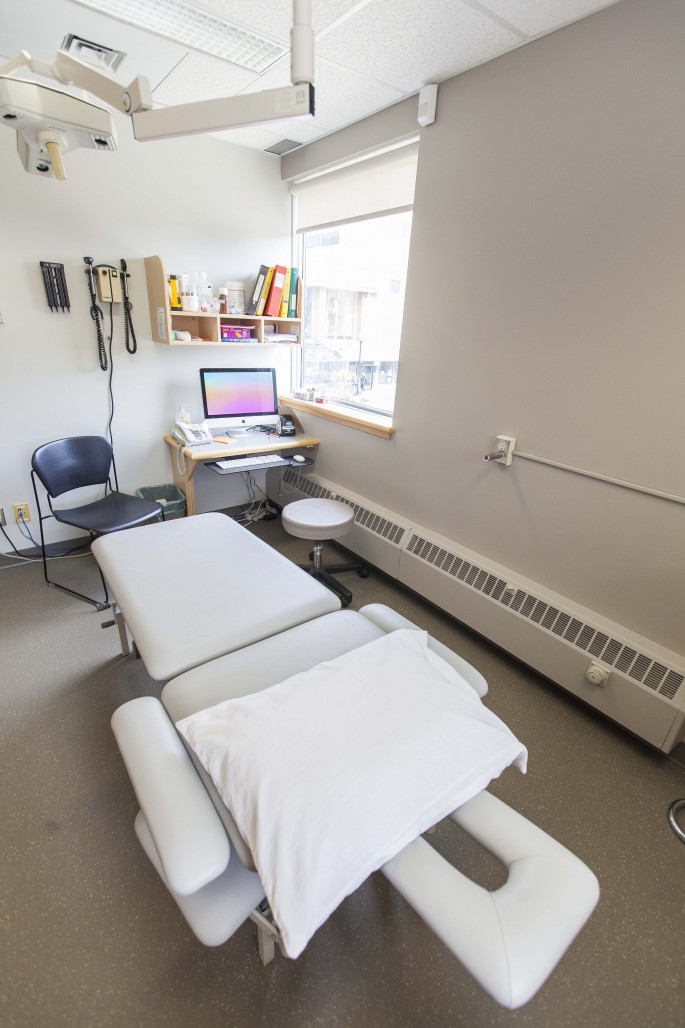 Students will no longer have to search for health resources on Wilfrid Laurier University’s campus, following the grand opening of the new Wellness Centre last week. The ceremony on Oct. 2 marked the official opening of the newly renovated space, which has been in the works for some time.

The project, which was the result of an external review of the campus’ mental health services, has been in the works since summer 2013.

“Mental health issues and post-secondary has been on everybody’s radar,” said Karen Ostrander, director the Wellness Centre. “So to try and be pro-active [Student Affairs] commissioned this review.”

The review allowed for outside consultants to come in and gain feedback from a variety of on-campus groups, ranging from the Wilfrid Laurier University Graduate Students’ Association to the Accessible Learning Centre, as well as on-site counselling services.

The report spurred the creation of the Student Wellness Initiative, which actively sought ways to build upon the resources available to students on-campus. The goal was to bring physical and mental health services under one triage and give students a single gateway to find help.

“By having the Wellness Centre together we have one door, so every door is the right door,” said Ostrander,

A leading inspiration for the initiative was found at the Brantford campus, where a single wellness centre has been the model for many years.

This model was considered, along with information garnered through visits to numerous other post-secondary institutions across the province, in creating the framework for Waterloo’s own unified health services centre.

The project received overwhelming support from students and staff alike.

Not only were participants eager to amalgamate their services, but were also willing to work as a team to realize this new endeavour.

Students also played a crucial role in the merger and renovation, with a large portion of the funding for the project coming from the GSA and the Wilfrid Laurier University Students’ Union.

Driven by the response, work was quickly underway to bring together all campus resources under a single roof.

The single location was a logical choice to Ostrander, who said that students were often confused about which service to use, or through which door they could access help.

The goal of the singular building was also to help de-stigmatize seeking out mental health services. The goal was that having access to the shared reception and waiting room would allow students to comfortably seek out services relating to any aspect of their overall health.

“People came to health services for so many reasons, you have a sore throat or you think you have mono, it could be for an annual physical,” said Ostrander.

“So why should it be any different for people accessing mental health services?”

Following the grand unveiling, the Wellness Centre was already looking to the future, with ideas and projects on the horizon to further innovate and render accessible health services on campus.

Though having just become situated in their new space, there were no imminent plans to settle.

“It’s not just over now that we’ve got the process done,” she said.