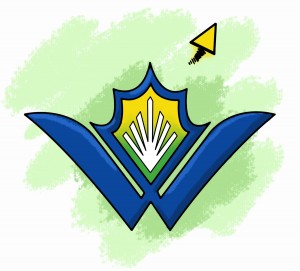 Waterloo region has experienced significant growth over the past ten years. In fact, the Region is one of two Ontario municipalities to exceed growth expectations.

When asked what is creating the growth and development in the Region, Horne pointed to the post-secondary institutions.

“The universities are clearly fulfilling two roles in this community and probably not surprising… one is as centres of higher learning but the other one is that they are true economic drivers.”
In 2003, full time students numbered 38,000; in 2012, they numbered 57,000.
The Region’s Official Plan, which was approved by council in 2010, established firm boundaries on development. It  was designed to accommodate most future growth in the core areas to avoid sprawl.

The Neptis Foundation, which conducts non-partisan research in the area of urban planning and policy, also released a paper dealing with such issues as land allocation and growth plan implementation.

Rian Allen, co-author of the paper concluded that, “Waterloo [Region] is seen as the poster child of growth plan implementation by the province. “Waterloo [Region] had a culture of doing better or doing more than others,” he added.

However, regional growth has caused some land-related issues.

Waterloo Region, through implementing the growth plan, undertook a land budget from the Ontario Municipal Board (OMB). A land budget  takes the population and employment forecasts and converts them to land needs.

There are divergent options between the Region and land developers as to which land to use for the Region’s growth. The Regional Official Plan is under appeal before the OMB.

Kevin Thomason of Smart Growth Waterloo, an organization that brings awareness to such issues as the OMB, weighed in on the situation.

“The concern we have right now is with, first of all, with the official [Regional] plans being appealed in its entirety, every single word of it by developers, it’s quite concerning. Then when you look at the most recent ruling by the OMB that will force thousands of acres of old-fashioned urban sprawl out over farmland, these are dozens of farms that potentially could have to be paved over,” Thomason said.

“These are the simple decisions that will shape our community and determine for decades how we’re going to live.”
The good news is that the province is working with the region to review the OMB among other things related to land development.
“This isn’t just Waterloo,” Thomason said.

“These precedents set, destroy growth patterns across the province and if the provincial government has no authority to shape and control growth and try to influence what we become that becomes very concerning from an infrastructure standpoint.”
“This is our community, we need to shape how it’s going to turn out in the future, we need people to get involved and in particular I think for students… it’s the universities who often lead with the thought leaders.”