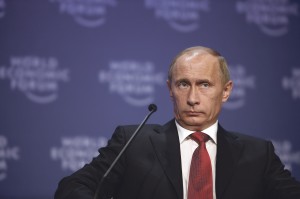 In an unsurprising turn of events and in light of the result of Scotland’s independence referendum, Russia’s president Vladimir Putin has decided, at the behest of the Scottish National Party, to annex Scotland from the United Kingdom.
Putin’s decision to do to Scotland what he did to Crimea was made known at a press conference in the courtyard of his humongous Black Sea mansion.

He stated that in the weeks prior to the referendum, a 500-page document authored by a troika of Russian nationals, Scottish nationals and “experts” was released, detailing within it the extent of the previously unknown cultural ties between Russia and Scotland.

The central message from the document was one that vehemently stressed the necessity of giving — or allowing — Scots their right to external self-determination, which in this case is supposedly manifested by way of joining the Russian Federation.

Putin reaffirmed this message by stating, “The people of Scotland, like the people of Crimea, ought to be allowed to join our federation. While I am aware that much of the Western world, especially the U.K., would be distraught by my seemingly erratic behaviour, this decision is going to be for the best.

In response to claims from sceptical Scots that joining the Russian Federation is a pointless step towards creating an independent Scottish state, Putin stated, “Once Scotland is part of the federation, it would be given the option to then become an independent nation.” He also cited as proof of this commitment Russia’s “sympathetic” response to separatist movements within its border, especially with Chechnya and Dagestan.

Meanwhile, several Scots have taken to the streets of Edinburgh to express their excitement with Putin’s announcement. Patches O’Houlihan, a Scot from Auchtermuchty, was particularly excited because in his words, “It is nice to think that in the near future, we could be a part of a nation filled with people who will actually takes us seriously, unlike the bloody English.”

It will be interesting to see how the U.K.’s aloof Prime Minister David Cameron responds to this news.