Profs expects that students will reach a point of saturation in their social media use. 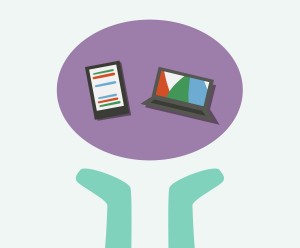 While there has been a consistent increase in social media and technology in today’s society, some Wilfrid Laurier University professors believe it has reached a point of saturation in people’s daily lives. Consequently, it will begin to be more closely monitored by users.
Both Lewis Kaye, a communication studies professor, and Christian Jordan, an associate professor of psychology, believe that social media has reached a point where it has become so integrated in everyday life that people are becoming increasingly more aware of their technological practices.

“It seems like social media is an omnipresent part of people’s lives,” said Kaye. “There is this sort of diffuse sense of connectivity that people have with each other that it has been really difficult to kind of get people to put it aside for an hour or two.”

For Victoria Gee, a fourth-year communication studies student at Laurier, connectivity through social media is a very important part of her everyday life.

“I wouldn’t even be able to separate myself from social media. Except from sleep and class, I would say I’m always staying connected,” she said.

Jordan explained that there are a number of generational trends that are apparent in psychology with regards to university-aged students. According to Jordan, these trends are ones that could possibly be correlated with an increase in technology.

The main trends that have been reported to have increased are ones of narcissism, independence and many self-interested traits and behaviours, along with a decrease in empathy and behaviours that connect individuals.

Jordan also spoke about the distraction of technology within classrooms.

Within the last couple of years, research has been conducted and widely publicized stating that individuals who take notes on laptops within the classroom get poorer results on tests than individuals who use a pen and paper. This, however, could be for a number of reasons, such as distraction or poor organization.

Kaye stated that he has noticed a change within the classroom over the last two to three years. While it used to be that 95 per cent of students in his classrooms were using their laptops, this has now begun to change. Now more students are using pen and paper to take their notes.

He believes that this particular trend is correlated with the saturation of technology and that people are organically beginning to compartmentalize technology to do a minor “digital detox.”

“By always being connected we feel as if we are being productive since we have so much on the fly, but we’re dividing our efforts too much,” said Gee.

“We have too much going on and we can’t concentrate on what is happening in the moment. We can’t disconnect.”

Kaye continued that social media functionality is built into almost every online platform that people are associated with.

While individuals sign up for a plethora of online accounts, they are beginning to cut back and focus their attention on only a couple of platforms. This is simply due to the fact that it is quite time-consuming to maintain numerous accounts on a daily basis.

Additionally, Jordan speculated that future generations’ narcissism will decline due to the technological saturation that is presently occurring.

“My guess is we have sort of elevated levels at the moment. They will probably stabilize,” said Jordan. “There seems to be more trends now for people to get away from technology and start interacting face-to-face, that sort of thing.”

“I think that the question going forward isn’t how much it is going to continue to influence, it is how people are going to start stepping back from it,” said Kaye.