Mental illness stigma not eliminated yet 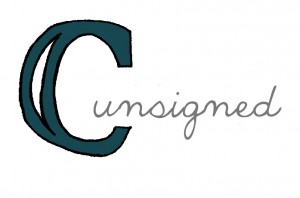 There has been a recent shift within popular discussion to engage with the topic of mental health and create a platform to discuss this increasingly significant issue.

Celebrities, athletes and musicians alike have come forward to publicly share their experiences with anxiety and depression in the hopes of lessening the stigma that haunts the estimated 350 million people who suffer from depression worldwide.

While increased media coverage is certainly a positive progression in the de-stigmatization and creation of awareness of mental illness in society, it certainly does not entirely eliminate the negative feelings that still cloud those living everyday with a mental illness hanging over their heads.

On Friday, Michael Landsberg, host of TSN’s ‘Off the Record’ came to Laurier to share his very real experiences of battling depression. Being candid and comfortable talking about his mental health certainly influenced others to do the same.

This is significant at universities where stress and anxiety become synonymous with the student lifestyle and according to Student Care Networks, nearly 600,000 students across Canada are prescribed antidepressants.

Yet, despite these statistics and inspirational figures with positive messages, it is unlikely that mental illness is respected as a serious illness in the real world. If an employee called in sick due to a panic attack or bout of depression it would rarely be treated with the same understanding as the flu.

When 20 per cent of Canadians are destined to suffer from serious depression at some point in their lives, society cannot simply assume mental illnesses are accepted just because it is the latest trend in the media.

By saying there is no longer stigma against mental illness doesn’t make it true. We are still living in a world that has a lot to learn about the diseases and how to accommodate people forced to live with an illness many people still refuse to recognize as legitimate.