May looking for help on Parliament Hill 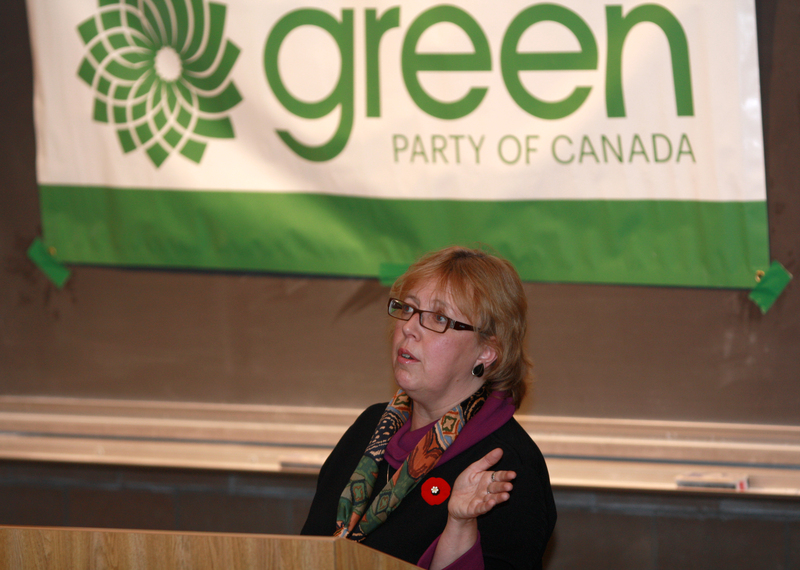 The Green Party of Canada hopes to raise $12,000 through their Campaign Fund Goal to ensure that the party will have an intern year-round.

The Young Greens Parliamentary Intern (YGPI) is required to work four out of five days per week in MP Elizabeth May’s office on Parliament Hill, in addition to working at the Green Party of Canada Headquarters one day a week. This is a paid internship.

Cathy MacLellan, a local Green for the Kitchener-Waterloo area, emphasized that one of the downfalls of having only one MP for the Green Party is that May is unable to attend all meetings on Parliament Hill and they often do not have enough funding or capacities to fulfill all of the duties. This is where an intern comes in.

“It’s a volunteer program where you’re basically at Elizabeth May’s office and you are given a number of different tasks,” MacLellan shared. “These tasks include going to meetings, attending public events and working from Elizabeth’s office.”

MacLellan added that the campaign has just started and people have already participated by donating money through the official Green Party website. Though the campaign appeals to mostly students, the interns are not required to be in university. Matt Casselman, a member of the Wilfrid Laurier University Students’ Union board of directors and a Green Party activist at MacLellan’s office, shared that the volunteers range in ages.

“One of the candidates in the Toronto area was an intern and she was a retired school teacher,” Casselman revealed. “This opportunity is not limited to just students, it is for anyone who is interested in gaining some experience with the Green Party.”

Emma Dickinson, who was May’s intern from October 2011 until March 2012, felt that her opportunity working as an intern in May’s office was an incredibly rewarding experience which helped her gain insight into the political realm.

“The experience changed my life,” Dickinson recounted. “I felt like I was absorbed into the process and contributing to the party.”

Part of Dickinson’s duties for the duration of the year focused on keeping May up to date on all developments in committee meetings and assisting with submission of amendments. Dickinson also focused on supporting the Young Greens Council with administration, research and accomplishment of campaigns. The work seemed challenging at times, but it was worth it for Dickinson, who is currently fundraising with the Green Party of Canada and also played a vital role in setting up the campaign.

“Having an intern will maximize our impact of having one MP on the Hill,” Dickinson said. “It’s important for people to not only be aware of the Green Party policy, but what is going on.”

“We want to represent those people that want a more sustainable and more effective Canada. And this is just the first step,” Dickinson concluded.