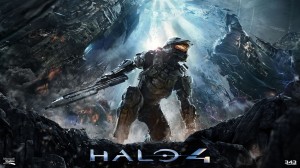 The first time I played Halo, I was hooked. It was 2001, I was probably stoned and I was in love. That single moment in time has been affecting me for over ten years.

Since then, I have stood in line at the midnight release of Halo 2, pre-ordered the limited collectors edition of Halo 3 and have spent countless hours replaying single player campaign’s, “pwning noobs” online and T-bagging my way to the top of the pile in Slayer.

Halo, the story, characters and universe are important to me and a lot of other people.

When I learned that the story of the Master Chief was going to be continued in a new trilogy I was excited; however, that excitement was measured with an equal amount of dread.

In 2010, Bungie, Halo’s original developers, finalized their long-planned separation from Microsoft, but the intellectual property of Halo remained with the software giant.

Enter 343 Industries. Given the green light from Microsoft, the untested development company was tasked with creating the next chapter in, arguably, one of the most influential video games to date.

To their credit, 343 has kept fans extremely informed during the game’s creation. Releasing surprisingly robust and in-depth development videos, they broke down walls of doubt and replaced them with a warm glow of hope.

However, with that in mind, the question still remained on Nov. 6: could 343 take full control of the Halo universe and succeed?

The answer, thankfully, is a resounding yes. Halo 4 takes the well-established visual style, game-play and characters in a bold new direction without fundamentally altering anything.

The first thing players will notice is the look and feel. The character models, weapons and environments look phenomenal.

The artistic design is stunning in both graphic quality and scope. Many landscapes are reminiscent of the grandeur players’ first experienced when the Chief and Cortana crash-landed on instillation 04 in Halo: Combat Evolved.

The single-player mode follows the tried and true “run and gun” style that makes the series so much fun. More difficult game settings challenge you to think more tactically, and enemy artificial intelligence constantly works to keep you on your toes.

Both challenging and entertaining, the story and action are well balanced in the campaign mode.

The online game-play takes you back to the Slayer arenas, with new maps and multiplayer modes.

Slightly slower than Call of Duty or Battlefield 3, some fans may find the pacing of the online play frustrating.

One element that falls short is Spartan Ops. Designed to further connect players to the Halo universe, it allows them to customize a Spartan and play additional missions outside of the main story.

Unfortunately, these missions are short and offer little replay value. Being released over a ten-week period, Spartan Ops may yet provide their value though.

What has made the Halo series compelling, and more robust than other first-person-shooter games is its dedication to strong characterization and story.

Keeping with tradition, Halo 4 does not fail to deliver. Taking place four years after the events of Halo 3, the Master Chief and Cortana find themselves trapped on the Forerunner planet, Requiem, facing a new threat to humanity and the galaxy.

As always, you play as John-117, the Master Chief. Previous games have posed the question of John’s humanity or lack there of, but in this chapter it is one of the central themes.

The story, however, is not about the Chief, it is about his AI partner Cortana, and it is through her journey that we explore John’s humanity.

Powerful performances from voice actors Steve Downes and Jen Taylor (Master Chief and Cortana, respectively) draw the player into the emotional side of the story.

As the plot develops, the two are cast into a difficult situation that draws out their connection to each other.

Though the Chief is more humanized than in previous games, it is Cortana who becomes the story’s most human character.

Emotionally unstable because of her program’s age, Cortana flips from one emotion to the next, often out of control, except for her strong feelings towards John.

The game’s conclusion sends a powerful message about the emotional being that exists under the Chief’s armor, as well as the turmoil John faces when he considers the existence of his morality and humanity.

Halo 4 is a masterpiece; just as good as any previous game, and in my opinion is the best Halo to date.

That is not to discredit Bungie in any way, only to say that new hands have brought a fresh perspective to the franchise and I for one am excited to see where that perspective will take the Master Chief.