KELOWNA, B.C. — Chelsea Brandwood knows that in a competition like the Canadian Interuniversity Sport curling championships, all the teams are hard.

The Wilfrid Laurier Golden Hawks women’s curling team was eliminated from playoff contention after a 9-4 loss to the Alberta Pandas on Tuesday afternoon. The Hawks finished the tournament 2-5 after their second straight loss of the day to the Brock Badgers 9-7, when the Badgers came from behind to seal the victory.

“Yeah, it was a tough week for all of us. We just weren’t getting our rocks in the perfect spot. The ice has been tricky for us to understand,” Brandwood said. “We had some close games and didn’t come out on the right side of them but I’m proud of how we’ve done.”

The Pandas picked up an early lead in the first end and never looked back from there, limited the Hawks to two points before picking up a deuce to take control of the game. The Hawks stayed within range of grasping the lead, but the Pandas took it out of reach in the eighth end when they picked up a deuce and then added a single score in the following end.

Brandwood said that the Hawks were having trouble understanding the ice at the Kelowna Curling Club. With the sheets being up and down, it’s difficult to have a grasp. And with it taking more time to understand the way the ice works, other teams were able to figure it out quicker and score some large ends on the Hawks.

In the second draw, the Badgers came back from a 5-1 deficit and scored six unanswered points before Laurier tied it back up at seven.

It was too late at that point for the Laurier rink. Brock scored a single with hammer and then stole their way to a victory. Brandwood said having a new team is tough in an event like the CIS championships because of the high-calibre teams at these events, with some of these teams staying together for multiple years. 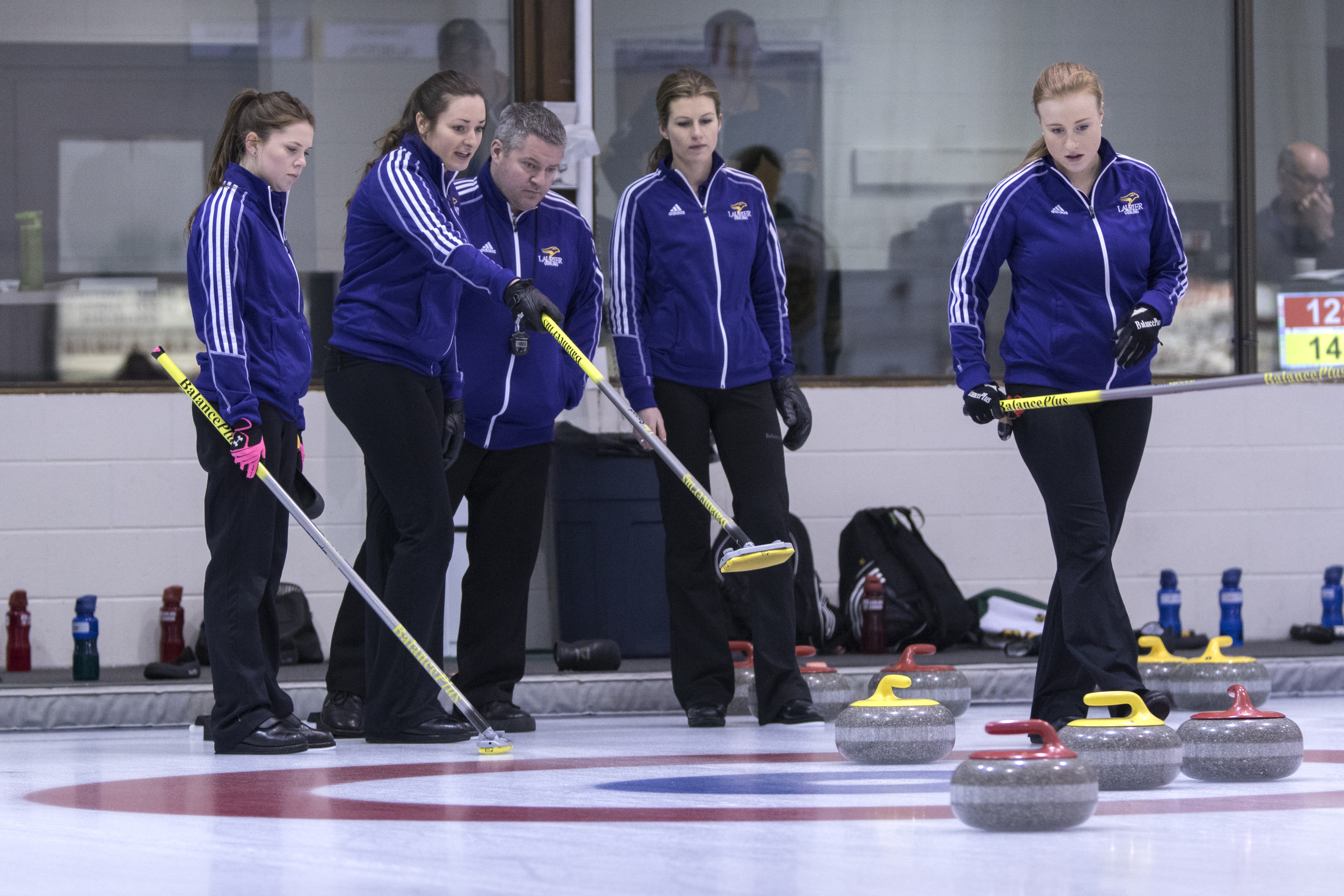 “But having a totally new team is always tough in an event like this when you know the teams are so hard and some of these teams have played together for a couple years,” she said.

And even though the goal this year at nationals was to at least make it to the medal round and grab a CIS bronze medal, Brandwood knows the team will come out stronger than ever next year. Only one of the athletes are not returning next year, and the team can use nationals as experience under their belt for next year’s run.

“Definitely helps in having one of these and then making sure that you have that team next year. It will definitely help having this under our belt and learning what we did here,” she said.

Talented defensive lineman, Alfred Green on his preparations towards the CFL Draft process and his creative skills during the lost season

Brianna Iannazzo on graduating and her time at Laurier

Coach Faulds on Laurier’s preparations for an OUA fall return, well after a year without playing