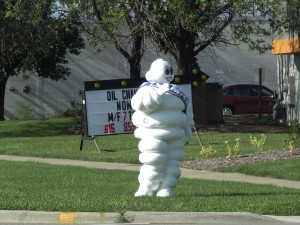 When Noelle Morgan-Evans graduated from college, she assumed that it would be easy to find a job. However, she soon learned that it was not the case.

“Conversations with people in my life such as professors, advisors and family members made me believe the job market was ready,” Morgan-Evans said. “My expectations were not that it would be difficult and almost impossible to find a well-paying job with all the necessary benefits.”

Morgan-Evans, like many other postgraduate students in Canada, is struggling to find a job upon completion of school. In comparison to 2011, the student jobless rate has increased by almost twenty per cent.

A recent OECD report claimed that while Canada attracts many young adults to post-secondary school, Canada has to improve on finding work for postgraduate students.

“Jobs that have rejected my application mostly note that I was inexperienced,” Morgan-Evans shared.

“It was made clear to me that to simply have my undergraduate degree is simply not enough.”

National director of Canadian Alliance of Student Associations (CASA) Zach Dayler agreed that Canadian students are now struggling to find employment due to the economic downturn five years ago, which caused older working individuals, many of whom had planned retirement investments, to remain in the job market longer.

“Unfortunately, those jobs have been delayed because of the retirements that have been happening,” Dayler explained. “As well, you also have recent legislative changes where they raised the age of retirement.”

He added that employers have to better understand young people’s need for valuable experience. As well, he emphasized that employers also need to realize that hiring students is not free labour, as they should be giving them work and contributing to the economy.

The best advice that Dayler can give to students who are hoping to pursue a postgraduate job is to get involved either in campus or off campus, as most employers pay special attention to extracurricular activities and see that the student is not afraid to put himself or herself out there.

He also stated that the government needs to play a role in the changes.

“The government has to make employment for students much more accessible,” Dayler added. “Every level of government is responsible for the education of our students and creating more jobs for them as well.”

Jan Basso, director of co-operative and career development at Wilfrid Laurier University has had a number of students come daily to her, expressing their concerns about the lack of job opportunities after graduation.

“There are definitely students who come to the career centre in their final year and they’re stressed because they don’t know what they want to do,” Basso shared.

“Helping them understand career development helps to reduce the anxiety and gives them the tools to understand how to be effective in their job search.”

Basso emphasized the importance of students meeting with their career centre, as the students can gain access to multiple resources that will held make the job search easier once they have graduated.

“Some students use their degree to define themselves, which can be limiting, and people need to think about what skills they have to offer and not necessarily create tunnel vision. Employers are looking for people with skills so it’s matching that skill set to what that employer is looking for. Students need to reframe and think about the kinds of skills that they have to offer,” Basso said.

Basso also said that while most jobs require a graduate degree, she also stressed that there are still job opportunities that require an undergraduate degree.