When former Iranian President Mahmoud Ahmadinejad’s term ended and was replaced by moderate cleric and former diplomat Hassan Rouhani, hopes were high for a reset to US-Iran 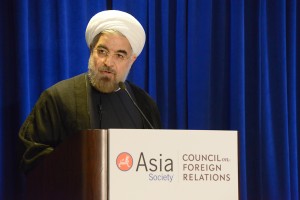 In particular, Iran expressed a desire to improve its relationship with the US, much to the chagrin of Israeli Prime Mini

Despite Israeli government attempts to undermine US-Iran talks, they went ahead anyway and focused on Iran’s nuclear program which has received international attention in recent years. Iran’s refusal to give up its right to pursue nuclear technology resulted in heavy Western sanctions placed on Iran.

The high-level talks between Iran and P5+1 (Russia, China, France, US, UK + Germany) have come to an end with no agreement reached. The aftermath was sure interesting as the US remained positive that an agreement could be reached as Israel and France took the opportunity to re-iterate their distaste for the negotiations in the first place.

However, no deal was reached even though it was reported a framework was agreed upon. So, here are the four reasons why the deal did not work and why it will be difficult for a deal of this kind to ever be reached.

It wasn’t a negotiation after all. Critics of the deal felt that Iran should be the one conceding more than the United States and that is no way to approach a negotiation process.

Moreover, what the US was willing to concede was not incentive enough for Iran to consider pausing its nuclear technology program. The US was not willing to lift or partially lift any major sanctions.

If you are going to build trust and repair a long-broken relationship, it’s going to take a major show of good faith.

Most major sanctions are approved by Congress and thus are inflexible. That is something Obama should have addressed prior to negotiations so he could have made a legitimate offer to the Iranians.

A deal is bad business for war mongers. A non-nuclear Iran means no war, at least in the immediate future, for Israel for the US as all motivation and credibility behind military operations would be erased. The military-industrial complex is real. The US military could fight another war; it certainly has the capacity and resources to do so. But there is no appetite for war among the American public and the economic toll would be devastating. However, this hasn’t stopped wars from being waged before.

Israel can’t overcome its hyperbolic security concerns to admit the deal would be good for them. A pause to Iran’s nuclear program and improved US-Iran relations more generally are good for Israel. For security reasons, even though Iran would never nuke Israel, Israeli security would benefit from an end to Iran’s nuclear program. If Iran-US relations become less hostile, it means that Iran will consequently soften its stance and rhetoric on Israel.

You can’t be allies with the US while questioning Israel’s right to exist, so Iran would be forced into a more amicable relationship with both nations. Netanyahu will never admit it publicly, but he knows a deal would be in Israel’s best interest.

However, his firm public stance against a US-Iran relationship will complicate future negotiations as the US has to deal with Iran while concurrently dealing with Israeli concerns.

More failed talks will counter efforts by Rouhani to ease anti-American sentiment. Rouhani has made an effort since his election to temper anti-Americanism by reshaping relations with the West and disallowing public displays of anti-Western ideals at home.

The Iranian people were very much looking forward to a lift in sanctions in exchange for Iranian nuclear concessions and were disappointed when the talks broke down.

If this process is repeated numerous times, the disappointment will quickly change to distrust and renewed outrage and resentment for the West.

The US should be taking advantage of Rouhani’s efforts to combat anti-Americanism rather than undermine them with disingenuous negotiations which are doomed to fail.

The P5+1 meetings will resume in late November to try to resolve the Iranian nuclear issue, but it remains to be seen as to whether a deal will be reached. Something has to change between now and then in terms of the concessions the US is willing to make.

Hopefully for Israeli security, Iranians suffering from sanctions and an American people tired of hearing the beating drums of war, negotiations will be successful.