The GIE building was scheduled to receive students in January, A new opening date has yet to be determined. 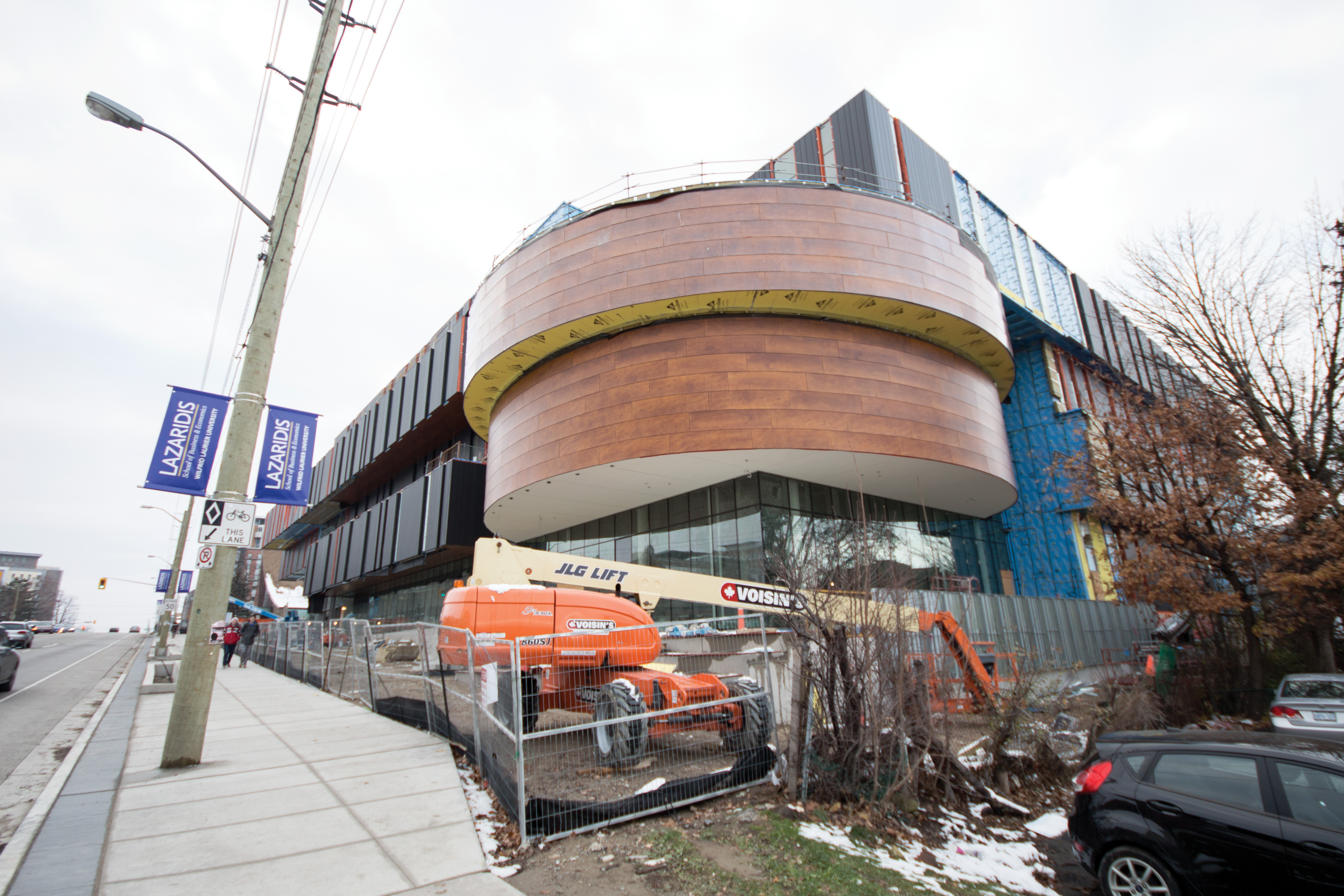 The GIE building was scheduled to receive students in January, A new opening date has yet to be determined. | Photo by Marco Pedri

The opening of Lazaridis Hall, Wilfrid Laurier University’s newest academic building, has been delayed once more.

The building, which was originally planned to receive students in fall of 2015, had its opening postponed to January of 2016. It now has an undetermined opening date.

Students were excited to see classes scheduled inside Lazaridis Hall for the winter semester, only to have them suddenly moved into the Peters and Schlegel buildings earlier this month.

“I think it caught everybody off guard, because all indications that we were receiving was that the building would be completed in January, or for January occupancy,” said Ruth MacNeil, acting associate registrar for examinations and scheduling.

The mid-semester change sparked the need to move all planned business, economics and math classes while still ensuring class size was maintained, a project led by Laurier’s timetable specialist within a short two-week period.

The move involved subsequently relocating classes displaced in the school of business and economics and math, as well as 12 additionally affected departments, which totaled at 141 rearranged class sections.

“Our first priority [was] to keep courses at the exact same time and date, to have as minimal as possible an effect for students,” said MacNeil. “We were able to do that, with the exception of four sections and they were all business courses where the date and time had to change.”

An announcement was sent out to students on November 9 within the enrolment services newsletter, however most only became aware of the postponement after having noticed the changes on their winter semester schedules and were left wondering about the specifics of the delays.

“It’s understandable, like many construction projects, to fall behind, it’s a common feature. However getting the hopes up of students multiple times is no way to go about the project,” said Tyler Petteplace, a second-year business student. “Laurier should be more open in communicating updates to students.”

Though the delay will mean many fourth-year students will not have the opportunity to experience Lazaridis Hall, the string of construction delays left many prepared for another year in the same buildings in which they started, such as the Peter’s and Bricker Academic.

“When I was told about the winter opening, I was initially skeptical about the timeline just due to how much was left to complete so I don’t think it comes as much of a surprise,” said Shadi Varkiani, a fourth-year economics student and star of the Lazaridis SBE “We Saved You A Seat” promotional video.

“Though it would’ve been nice to get to use the new building, it’s a nice feeling to think that I will be ending my undergraduate degree in the same building that I began it in. My friends and I have built so many memories over the past few years that it feels like we’re coming full circle.”

The delay is currently indefinite, with no one able to provide any estimate on when classes may commence in the building, nor regarding its completion.

“I would say that we are provided with as much information as the faculty is at this point. I do sit in on faculty meetings and they actually have no longer provided an end date to the building in the most recent update,” said Vanessa Buttinger, president of the School of Business and Economics Students’ Association.

“Obviously it would be great to know more about it, but we are facing the same challenges as the SBESS, as the students of the SBES and as the faculty of the SBE.”