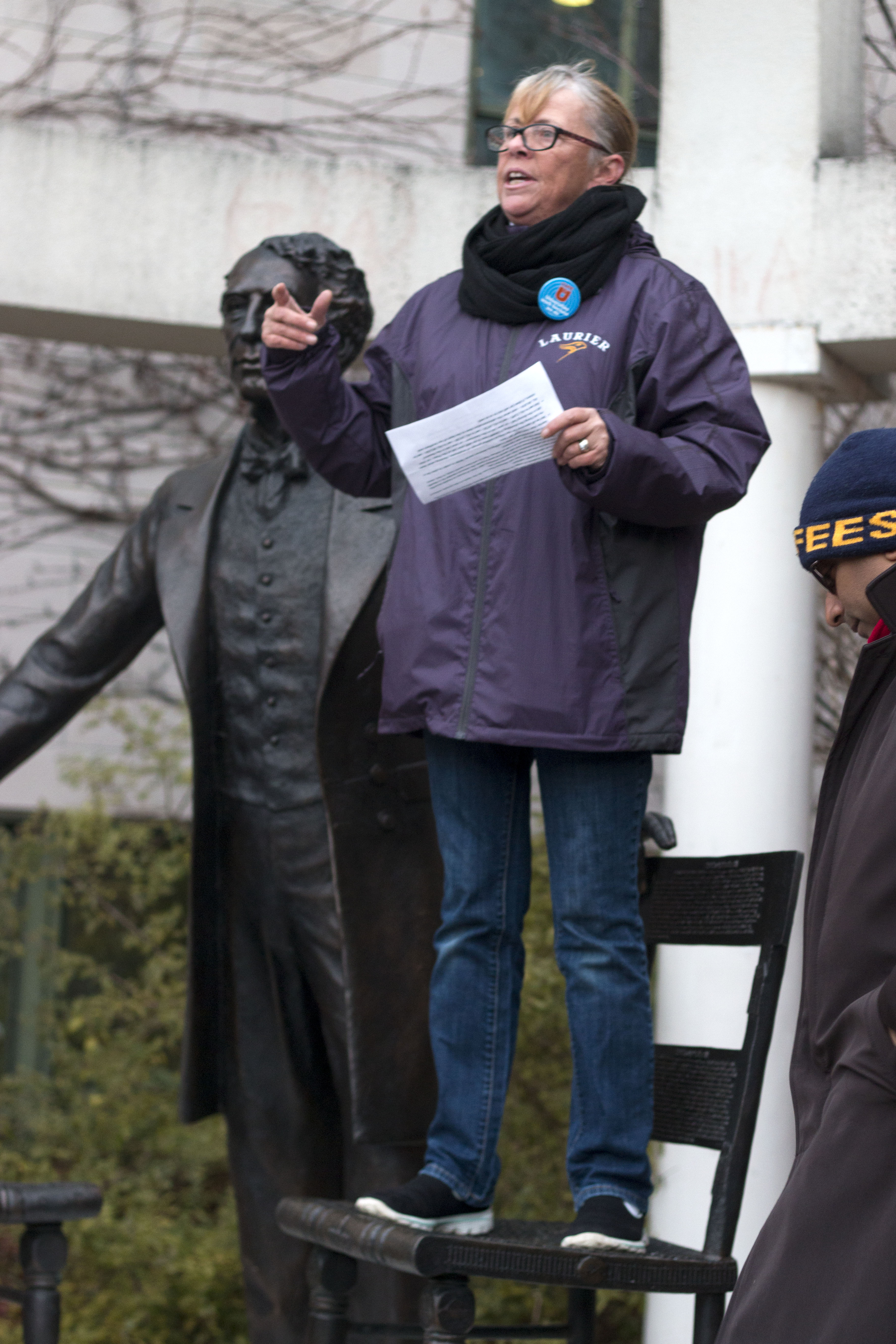 A rally was held on Thursday, December 3, at Wilfrid Laurier University’s Waterloo campus by the Canadian Union of Public Employees. Their mission was to raise support for their custodial staff while they are in the midst of contract renegotiations with the university.

Both sides were in discussions throughout the month of October, which led to two meetings with a conciliator to help along the process at the end of November.

According to the university, it is currently facing unsustainably high costs with regards to custodial services, a situation it would like to see amended through new contracts with CUPE.

Its primary points in renegotiation involve what it sees as high absenteeism and shift inflexibility.

“We also would like to address shift flexibility. What we’re seeing is in the current contract, there’s caps on the number of CUPE custodians that would work an evening shift, a night shift and a weekend shift. We’d like to change that language because what it’s forcing us to do is to bring in additional custodians on overtime in order to get the work done.”

The issues in absenteeism however are not so obvious to everyone at the bargaining table.

“We’ve asked them, they’ve told us figures of 19 days per year, we’ve asked them to show us how they came up with those figures, what’s included in there. To this day we still don’t know,” said Allan Savard, president of CUPE L926.

With regard to sick time, the point has additionally been raised that custodians, by nature of their position, are at a higher risk of contracting an illness than any other university worker.

CUPE’s primary concern with the new contract language revolves around the university’s desire to increase the work for which it can hire contract workers outside of CUPE.

While CUPE believes the university would use this amended clause to replace all of its workers through attrition with contracted out workers, the university is adamant this is not the case.

“It’s a very important point, no Laurier employee is going to lose a job as a result of these proposals. We’re talking about future work and vacant positions,” said Crowley.

The rally Thursday was well attended by custodians and their supporters, all unconvinced their needs are truly being considered by the university administration.

As of yet, both sides have accused the other of being unyielding in their arguments and unwilling to negotiation with regard to the contract.

Another meeting with the conciliator is scheduled to take place on December 16.