As Crimea votes in favour of autonomy from Ukraine, the legality of the separation is highly questionable 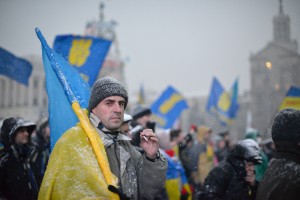 NATO and the EU join Kiev in condemning this move by the Crimean Parliament, and sanctions have been imposed on several Russian officials.

From a primarily legal standpoint, putting aside the qausi-Cold War politics going on, Crimea’s move to secede from Ukraine is illegal, and all attempts from Russia to support this must be considered a breach of the territorial integrity of Ukraine.

To begin with, Russia, through several state practices including the ratification of the Budapest Memorandum, irrefutably recognized Ukraine’s present state borders. Russia cannot claim a right to Crimea after previously conducting its international affairs in ways that suggest it recognizes a Ukrainian Crimea.

The international law principle of Uti Possidetis, which implies that the territory of a nation after its independence must be maintained regardless of how independence was attained, can be applied to this case. Upon its independence, Crimea, as recognized by Russia, was a part of Ukraine.

Hence, following the principle of Uti Possidetis, it would be illegal for Crimea to secede without being able to prove that a gross misconduct has been committed against its people.

Additionally, the argument made by pro-Russians that Russia needs to be in Crimea for humanitarian reasons is invalid. The Russian population in Crimea has been victim of oppression to such an extent that ‘humanitarian intervention’ from Russia (or any other nation) is warranted.

Although Crimea can pose a legal question of its secession, it cannot secede unilaterally. It must respect the central authority of Kiev by engaging in legal or political proceedings, in which case a decision — a compromise — between the two parties can be reached.

For this reason, the Serbian population in Croatia and Bosnia-Herzegovina were refused their claim to secession.

Crimea, like Quebec, does not fall under this category of ‘those with the right to internal self-determination.’ The people of Crimea, like the people of Quebec, are far from oppressed. On the contrary, they have been given very unconventional levels of autonomy within the framework of the central state.

Crimea, officially known as the Autonomous Republic of Crimea, is, as its name implies, an autonomous parliamentary republic within the larger state of Ukraine. It has been allowed its own constitution (in accordance with the laws of Ukraine).

Therefore, it is evident that Crimean is neither an oppressed region nor a region whose rights to internal self-determination have been stripped.

With that being said, regardless of its illegality, the Crimean secession will most likely carry on. And very little can or will be done to stop it.