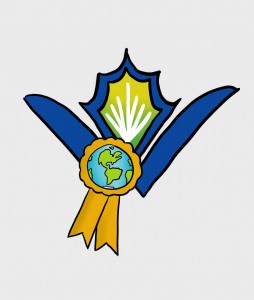 ClimateActionWR recommended that Council endorse a community-wide greenhouse gas reduction target of six per cent below the 2010 emission levels by 2020.

Solutions and Sustainable Waterloo Region.
They have committed to reduce greenhouse gas emissions in the Region.

“These partners have been working together with a goal of completing a community-wide greenhouse gas inventory that was done last year and then this year we’ve completed the community-wide Action Plan and within it a recommended greenhouse gas reduction target,” explained Sarah Brown, project manager at ClimateActionWR.

“This group has been working together closely with city staff the whole time. Councils have been involved; they were prudent in the findings of the inventory last year. It measured where we were at in 2010; it said that our carbon footprint for the community was 3.6 million tons of greenhouse gases.”

Brown also explained that the 3.6 million ton carbon footprint could be divided between emissions from transportation, energy used in the home, the workplace, agriculture and environmental waste.

“The largest source in this community is transportation, at 40 per cent,” she said. “So that bodes well to a lot of the things that are already happening here, a lot of the investments in public transit infrastructure.”

“That’s the kind of momentum we can capture, the good things that are already underway.”

Anne Marie Cipriani, Environmental Promotion Officer at the City of Waterloo, has also been working with the collaboration and was excited to share in the project’s success.

“I think really the City of Waterloo was the first to the table to say ‘yes we want to work on this, to leverage our collective strength to move this project forward.’”

“I’ve been here about fifteen years and I have never seen the discussion around the horseshoe be as fervently in favour of a report, ever.”

The next step for the collaboration is to continue working together with municipalities and community organizations. “Moving forward, the exact specifics of who will do what are still to be worked out, but that’s a really key piece, continuing that collaboration across the community of Waterloo Region,” Brown said.

City councilor Jeff Henry was also pleased by the initiatives of ClimateActionWR saying that one of the key elements of the plan has been the intense collaboration that is required.

“Not just between four different local governments at different tiers but also with the two significant community organizations taking the lead and then all of the partners connected to it,” Henry said.

“What they indicated to Sarah [Brown] and the group,” explained Councilor Henry, “was that this is the first time, or rather a very unique approach, that we don’t just have one municipality acting on behalf of its community, but four different ones acting together for the whole region. So that’s not just something of local significance, that in fact is something of national significance and we should be very proud of that here.”

Councilor Henry acknowledged that efforts to reduce the environmental impacts of greenhouse gas emissions, to be truly effective, must spread beyond the bounds of the Region.