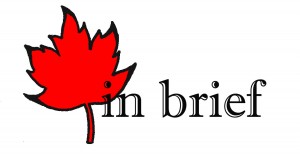 Historical Statistics Canada publication retires
The Canada Year Book, having reached 145 years of publication after starting in 1867 when Canada became a nation, is now retiring. Statistics Canada announced that they had published the last edition of the book on Tuesday, citing that ebbing demand was the main reason for discontinuing the book. The book served as a resource for demographic, political and economic changes affecting Canada and its citizen, often found in educational and research offices and school and public libraries. The agency finds that more readers are seeking information from online as opposed to print publication. Numerous people that worked on the publication have retired and may not be replaced. This year’s version includes how Canada’s GDP compares with other advanced economies, changes in tuition costs, changes in international adoption rates and developments in crime and health. Statistics Canada also determined that the yearbook will not continue as an online resource.

Ontario reaches deal with doctors
A tentative deal has been reached between the Ontario government and the provinces 25,000 doctors. This agreement improves a number of fees that had come under heavy criticism from doctors and the Ontario Medical Association is encouraging its members to support the deal. Premier Dalton McGuinty explained that both sides, while working together, were able to reach an agreement that is fair to patients, doctors and taxpayers. The government stated that the new agreement includes health system reforms, allowing the physician services budget to increase by a cumulative $100 million over two years, as well as a 0.5 per cent payment discount for all physicians that will be offset by savings. While a tentative deal was reached, the overall financial impact of the agreement was not confirmed.

Man dies in British Columbia after taser incident
In British Columbia, a distraught man who was continually stabbing himself outside of a home died in hospital after he was transported there because the police used a taser to subdue him. The Independent Investigations Office is looking into this incident. He was taken into custody because of his actions and officers used a taser on him after he was threatening himself with a knife. His name has not been released, but the province’s Independent Investigations Office spokesman Owen Court stated that at this point, it is unclear what the man died from.
–Compiled by Katelyn Cullum